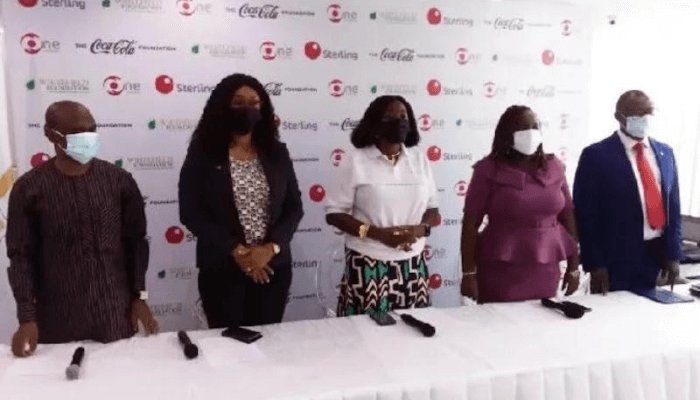 Coca-Cola has reiterated its commitment to regional inclusive development of the African continent through its Africa Social Impact Summit (ASIS), held in partnership with Sterling One Foundation under the theme ‘rethink, rebuild, recover – accelerating growth for the SDGs’.

The blended event attracted like-minded executives and partners focused on advancing inclusive growth in the continent as it provided a platform for dialogue on regional inclusive development aimed at stimulating private sector and impact investors to shape market-led solutions for the Sustainable Development Goals (SDGs) with a focus on climate solutions, health, agriculture, renewable energy, WASH and circular economy.

The sponsors expressed optimism that the summit would help fashion out functional frameworks for the private sector and impact investors to boost Africa’s regional comprehensive development on the principles of the SDGs 2030.

In her keynote address at the event, the Vice President, Public Affairs, Communications and Sustainability, Africa, The Coca-Cola Company, Patricia Obozuwa, highlighted the company’s continued focus on creating a better-shared future for the communities that are home to its world-class beverages through the acceleration of on-the-ground impact of its initiatives and interventions, leveraging the collaborative investments from its philanthropic arm, The Coca-Cola Foundation, and from other partners.

According to her, the whole world stands to benefit by keeping faith with the SDGs however Africa’s special disposition makes her specific needs dire, which is why Coca-Cola has refocused with the launch of JAMII to enhance the impact of its social investments in Africa.

“To achieve success, there is an urgent need for effective and coordinated partnerships and collaboration as Africa has the potential to be at the heart of a sustainable future for both the continent and the world. I assure you of our continued commitment at The Coca-Cola Company as we remain key contributors in driving the 2030 agenda”.

The Chief Executive Officer, Sterling Bank, Abubakar Suleiman, welcomed the zeal for a new approach to attaining the SDGs in the African continent and expressed optimism that the firework of ideas would translate to action for reducing poverty, which he noted was the main goal of the ASIS.

According to Suleiman, “this Summit presents a good opportunity for Sterling Bank and other partners to start intensifying efforts”.

The Summit brought together stakeholders from across the African continent and provided a platform for the analysis of several historical records on sustainable development with a view to stimulating a marked shift in the general understanding of the word ‘development,’ in the context of human development as against mere economic growth.