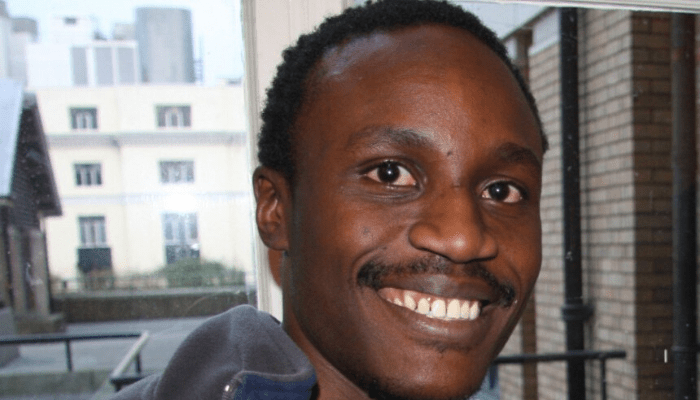 A few days ago while I was on my way to Victoria Island to record a show at SmoothFM, I came across a signpost on Adeola Odeku Street. It was apparently a coronavirus advisory notice, stating what people should do to minimise the spread of the pathogen and take care of their health during this period. The most striking thing I noticed about this sign, however, was the fact that fully 70 percent of its surface area was taken up by a giant photo of the politician who sponsored it.

If you were to be driving past in a hurry, in fact, all you would have caught was the smiling portrait of the politician and the large caption below it: “Sponsored by GOY.” The coronavirus advisory information seemed almost like an afterthought if anything. A google search told me that “GOY” was Gbolahan Olusegun Yishawu, a member of the Lagos State House of Assembly representing Eti-Osa II. There was no mistake about it – “coronavirus” was really just a buzzword to be used to achieve his real goal of reinforcing his political brand in the minds of his constituency.

As I contemplated the spectacle of a Nigerian political figure piggybacking on the COVID-19 crisis to pursue political aims, it struck me that this was a recurring theme of my public interactions over the past week. During that period, I published an investigative story exposing among other things, a personality clash between the Federal Minister of Health and the Chairman of the Nigerian Centre for Disease Control (NCDC) over who would get top public visibility billing in the fight against COVID-19.

The ensuing furious reaction from the office and person of a certain journalist-turned-presidential media flunky, including furious social media attacks from anonymous sock puppet accounts told a very clear story about what some people think that media should be in the year 2020. Whether it is a newspaper, an online publication, a public billboard, a radio station or a TV channel, there is a certain school of journalism and media practice in Nigeria which believes that media exists either to serve as a marketing tool or as an attack dog.

In a world of the novel coronavirus, where news cycles are moving more rapidly than ever before, and the right information can be the difference between surviving and becoming a statistic, this lens of press interaction simply cannot stand.

Before Tolu Ogunlesi took on an appointment as a media aide to President Muhammadu Buhari, he had made something of a name for himself by pioneering the concept of a well-read and widely respected, but also utterly disingenuous and variably principled web journalist. Over the course of the period between 2012 and 2015, he introduced the nascent Nigerian online journalism space to the now ubiquitous idea of holding partisan bias without disclosing it or making any attempt to separate it from his work as a journalist.

Alongside a litany of characters from the shadow realms of Nigeria’s public space including the likes of ethnic genocide provocateur Kayode Ogundamisi, innovative internet bullying practitioner Japheth Omojuwa, and other assorted creatures of the figurative night, Ogunlesi created a new type of journalism that was as ferociously impactful as it was ill-intentioned – often outright dishonest. This “journalism” could not successfully merge being an undeclared campaigner and amateur PR practitioner working for a political interest group with the incongruous reality of factually objective journalism, so the facts and objectivity were quickly sacrificed.

Ogunlesi it was, who famously took a photo of an uncompleted fence segment at a train station in Abuja, and then tweeted a false claim that the entire rail project had not begun – a project that was at the time, more than 80 percent completed. It was in part due to observing what an incestuous relationship with political interests could do to a hitherto well-regarded media practitioner such as this, that I began using the following words as my personal maxim for doing my job: “As a journalist, being a friend of power is NOT in your job description. If you want to be a friend of power, go into Public Relations.”

Unfortunately, to the unclean nothing can be clean. After using journalism as leverage to gain proximity to political power, Mr Ogunlesi apparently suspects that I am following in his footsteps, hence his repeated and furious recent attempts to impugn my reputation. He did, after all, spend years fighting his way into the inner circle while pretending to be a journalist with the national interest at heart. The sight of another young upstart seemingly taking the same trajectory understandably elicits a feeling of insecurity.

However this insecurity is terribly misplaced for one simple reason – I have much bigger career aspirations than working for an unstructured, near-bankrupt, pseudo-democratic government in an impoverished underdeveloped country. Being a media aide to a person less qualified for leadership than he is maybe the upper limit of Tolu Ogunlesi’s career trajectory, but I come from a completely different background, with a completely different set of expectations.

If Mr Ogunlesi and his multitude of factory-manufactured robot “supporters” find it impossible to wrap their minds around the idea of a maverick independent journalist covering Nigeria’s most important stories without planning to use such work as a crutch to launch a career in public office, they should Google the name “Edward Murrow.”

Not everybody in Nigeria is looking for a paycheck from a government they obviously do not believe in. Clearly, Mr Ogunlesi’s ethical bar is low enough to permit him to do that, but we are all born and raised differently. We cannot all be desperate, dishonest, grasping opportunists. Some of us actually have our eyes on the long game in life.

My final word to the congregation of insecure has-beens and the Twitter thread-writing never-quite-weres who may have a problem with my way of practising journalism is a thought-provoking quote from Omoyele Sowore. When tackled by a friend and senior colleague of mine about his publication’s apparent combativeness and lack of adherence to perceived Nigerian journalistic conventions, Sowore replied:

“Everybody should do their own journalism. I am not following anybody’s manuscript.”

I David Hundeyin, am doing my own journalism.

Everybody is likewise free to do their own.

WHO warns against lifting social distancing measures too soon

The Epicentres of Coro-politics: Still on Rivers State… The other side of Governor…