When government goes for broke 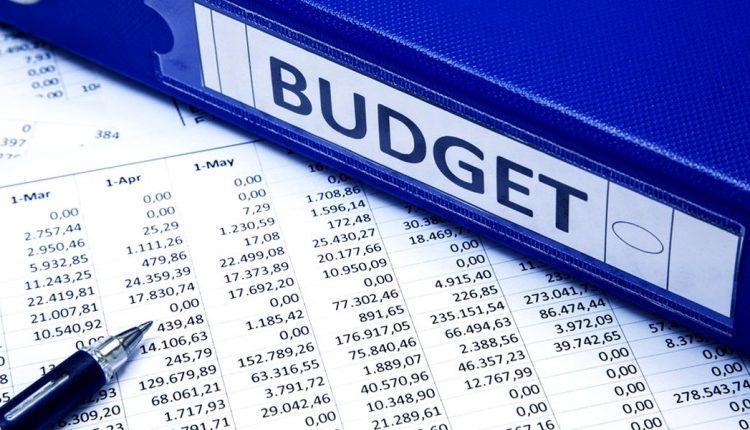 Our government is broke. And it’s official. It has recently been revealed that during Q1, revenues stood at N950 billion while debt-servicing obligations stood at the staggering magnitude of N943.12 billion. This means that 99 percent of revenue is being committed to debt-servicing alone.

Economic science as we know it today began among the ancient Greek Athenians as the practical art of Oeconomicus. This referred to how a housewife managed the revenues of her household. The Athenians apparently trusted the matriarch of the household to prudently manage all domestic incomes and outflows in a way that will ensure that the family is well fed while order and equilibrium prevail at the home front.

The greatest of the Athenian sages, Socrates, once opined that if you are lucky to marry a good wife, you will live a happy and blissful life. However, if you are unlucky to marry a bad wife, you will become a philosopher. He himself was not quite lucky. His wife Xanthipe was infamously a pestiferous and nasty bitch. It was no surprise that Socrates became the greatest of all the philosophers.

Practical economics is not as complicated as the economists make it out to be. Its core principles are as simple and down to earth as the way a housewife manages her household.

We have a large piece of land in the outskirts of Abuja. To save it from encroachers, my wife decided to fence up the place. She also started cultivating some crops. It all started as a mere hobby that has now grown into an important activity.

I was very unsupportive at the beginning. I was alarmed when she came back one evening and told me how a Fulani herdsman scaled the fence with a dagger and boldly demanded to know why she would not open the gates so that his cattle can come in and graze on the land. Fortunately, there were enough farmworkers around to wrestle down the trespasser and to send him off with a stern warning.

Last year she made a bountiful harvest of considerable bags of rice, beans and yams. She also has free-range chickens and turkeys. Buyers are scrambling for her eggs. Someone has suggested that she could make a fortune from snails. But she is unfortunately allergic to the slimy creatures.

The most important lesson by far is that we must be more prudent in the management of our public finances. One of the biggest failings of this government is that it knows next to nothing about economic management. It is astonishing that there is really no single economist in the entire cabinet

At a time when hunger is biting hard across the land, she has been sharing foodstuffs to widows, orphans and the needy. Her staff appear better fed than your average civil servant. It reminds me of a passage in the Book of Proverbs: “Houses and wealth are inherited from parents, but a prudent wife is from the Lord”.

A good leader must think, act and behave like a housewife that is deftly able to steer her own domestic affairs. Bill Clinton’s 1992 presidential campaign was anchored on the famous banner, “It’s the economy, stupid”. A leader in our twenty-first century must think deeply about revenue, income and outflows. Above all, a leader must invest wisely to ensure that the collective welfare is not only promoted but also guaranteed and safeguarded. A leader who goes a-borrowing to buy palm wine to impress the neighbours like the never-do-well Unoka in Achebe’s Things Fall Apart, will sooner or later end up biting the dust.

Sadly, over the last 5 years, we have behaved exactly like Unoka. When people were busy at the farmsteads during the rainy season, he would be busy snoring in bed till noonday. To impress the neighbours, he would borrow to buy palm wine and invite his friends to get drunk with him.

The current administration has been cursed with the Unoka spirit. The chickens have come home to roost. Our government is broke. We heard the alarming rumours several weeks ago that the NNPC was having difficulty paying the salaries of its employees for the month of April. It is a serious when the goose that lays the golden eggs is reportedly incapacitated. This is precisely where we are today.

How did we get into these dire straits?

There are several factors. The first and most immediate, is, of course, the Covid-19 pandemic and the ensuing lockdown. The pandemic is one of those rare Black Swan events that occur once in a century. Nobody could have anticipated it and nobody could have imagined that it would impact the world economy on such an intergalactic scale. We therefore cannot blame General Muhammadu Buhari or the federal government for the pandemic and its devastating economic fallouts.

The novel coronavirus pandemic has wiped off more than $3.4 trillion from the world economy. Global GDP is expected to slow down from a forecasted 3 percent growth to 2.4 percent in 2020. Parallels are being drawn with the Wall Street Crash of 1929 which metamorphosed into the Great Depression. Among the worst hit are the oil-exporting nations. Oil prices went down to as low as $12 per barrel to an unprecedented – $20 per barrel. This means that sellers were having to pay buyers to take the liability off their hands. We had the nightmarish scenario of hundreds of oil tankers wandering in the high seas with nowhere to go and nowhere to offload their cargo.

That was the scenario during Q1 of 2020 when Nigeria experienced the extraordinary situation where its revenues virtually equalised with its debt-repayment obligations. Ever since then, oil prices have gradually been inching upwards. Brent crude today stands at $42.19 per barrel. As the lockdown is gradually eased up in Europe, North America and the rest of the world, we should expect oil prices to rally further. Futures prices for crude in 2021 are even forecasted between $80 and $95 per barrel. But none of these guarantees anything.

The big lesson here is that it does not behove well for the national psyche to always be dancing at the brink of national economic collapse as we have done for years. It is also dangerous to put our eggs in one basket or even to rely on one sole golden goose to lay the proverbial golden eggs.

The most important lesson by far is that we must be more prudent in the management of our public finances. One of the biggest failings of this government is that it knows next to nothing about economic management. It is astonishing that there is really no single economist in the entire cabinet.

When former Chief of Staff Abba Kyari went the way of all flesh, somebody mentioned the fact that he sought advice from the Indian Nobel laureate Amartya Sen on how to manage our economy. Coincidentally, the policy centre I once founded in Abuja, CEPER, in cooperation with Abuja Investments Ltd, once invited Professor Sen to give a public lecture in Abuja. We had put aside a first class return ticket and a substantial lecture fee. I even followed up with a phone call to his office at Harvard. He did not do us the courtesy of even responding.

Before moving to Harvard, Amartya Sen was the exalted Drummond Professor of Political Economy at All Souls College, Oxford. Legend has it that students as well as professors used to attend his lectures. A brilliant man, indeed. But that does not mean he fully understood Nigeria, its macroeconomy and its public institutions. Abba Kyari was seeking advice from the wrong place. He himself was a sociologist and lawyer who treated the economists in the newly created Presidential Economic Advisory Council with barely concealed contempt.

The ancient Chinese sages always taught that glory and wealth are the two purposes for which the state exists. It calls for the highest wisdom in statecraft. Any leader who entrusts economic management to charlatans can only bring ruin to himself and his country.

Sanwo-Olu at 55: The simple man in the service of Lagosians