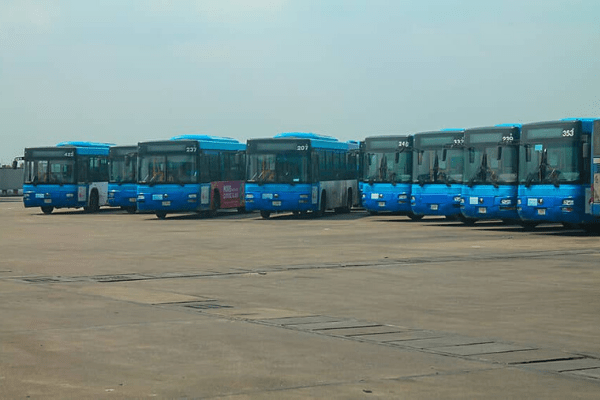 Located in West Africa along the Atlantic Ocean’s Gulf of Guinea, Nigeria is a country whose land borders are Benin to the west, Cameroon and Chad to the east and Niger to the north.

Nigeria is a key regional player in West Africa with one of the largest populations of youth in the world (and half of West Africa’s population in total with approximately 202 million people), making the availability of modern transport connectivity infrastructure a very crucial issue for increase in trade and economic growth in West Africa.

While a lot of developed nations globally have boosted their economies through investments in world-class transport investments, the sector and its infrastructural capacity still remain far below standard. While Increasing urbanisation and growing traffic demand will add more pressure on the largely inadequate transport systems in Nigeria and other poor transport states within the continent, there however seems to be no concrete evidence of steps taken to change the status quo in the region.

Nigeria is a multi-ethnic and culturally diverse federation which consists of 36 autonomous states and the Federal Capital Territory. With an abundance of natural resources (with a gross domestic product (GDP) of $397.30 billion in 2018) it is Africa’s biggest oil exporter and has the largest natural gas reserves on the continent.

It is also very interesting to clarify that while Nigeria’s major crude oil-producing states: Akwa Ibom, Delta, Rivers, Bayelsa, Ondo, Edo, Imo and Abia. With Akwa Ibom, Delta, Rivers and Bayelsa accounting for 80 percent of the production, and none have modern transportation infrastructures. Without that, and no strategies in place to leverage the advantage on an already competitive global market, they will need to grow and diversify their economy through more investments in the area of transportation and other major sectors to add more value to their economy and the lives of their people.

The collapse of crude oil price in 2018, triggered unpleasant memories because the 2014 and 2015 crash in world oil price is still very fresh in the minds of Nigerians, where the government found itself in unchartered waters and still continues to struggle to revive the economy amidst dwindling oil revenues compounded by unemployment, poverty, insurgency, insecurity and corruption.

Global poverty projections released by The Brookings Institution in 2018, based on data from the World Poverty Clock, shows that Nigeria has overtaken India as home to the largest population of people living in extreme poverty with more than 87million citizens living on less than $1.90 a day compared to India’s 73 million people, while India has a population seven times larger than Nigeria’s, it is very sad to see this current situation especially with no meaningful progress made to change the status quo.

The direct approach to reduce poverty focuses on the provision of good transportation systems, regular power supply, basic education, nutrition, health, access to employment and product markets for the poor which arises from a recognition that the very poor generally do not have sufficient resources to meet basic human needs.

The Nigerian people have gained very little from the dividend of democracy since 1999 and many have become helpless because of poor mismanagement of our vast oil resources as a result of incompetence, corruption, lack of awareness on how to diversify the economy and take added advantage of the huge abundant natural resources, are all part of the reasons why the people are suffering without any meaningful solution forth coming.

There is urgent need for the effective diversification of the Nigerian economy at all levels, this also includes the economy of the states and local governments. It is also very necessary to state that all our leaders at all levels from the Presidency to the counsellor should begin to see governance as an opportunity to serve and add value to the economy and lives of the people. They should therefore begin to treat the responsibility of service in a business-like manner to separate investments from profits and must be ready to all times to render stewardship to the people at all times.

There are enormous resources available in the Nigerian transportation sector which are mostly yet to be fully explored and tapped into. It is on record that apart from crude oil, Nigeria is blessed with other natural resources which includes but not limited to the following natural gas, tin, iron ore, coal, limestone, lead, zinc, arable land, deep ocean, vast seas which are worth billions of dollars and there is no denial that tremendous investments opportunities are available to both local and foreign investors in Nigeria transportation sector (railway, pipeline, airways, maritime and land) sector, agriculture, natural resources, tourism, consumer goods, textiles, entertainment, sports.

With the above facts and records, Nigeria as a nation and it’s states should begin to look inwards by identifying the opportunities available in the transport sector and start making efforts to hire the services of experienced transportation experts to harness and explore these vast potentials to attract both local and foreign investors because of the added advantage of its huge population, the urgent need for speedy and exhaustive transportation upgrade across all the modes, hunger of the present government to deliver the dividends of democracy by providing quality life for its citizens, improve the socio-economic status of its citizens by providing modern infrastructures and the need to diversify and open up the economy to attract more investment opportunities.