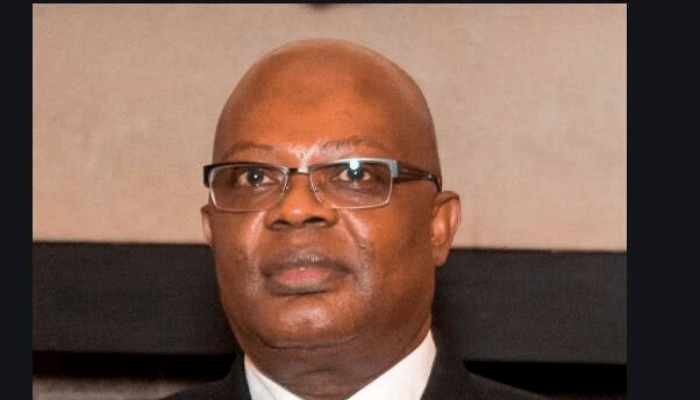 On 25th January 2020, Admiral Patrick Seubo Koshoni former Chief of Naval Staff(October 1986 to January 1990) and Minister of Health (1983 – 1985) was given the last order by the Almighty. Being a devout Catholic, Seubo promptly saluted and complied with the order of the omnipotent Commander-In-Chief. Indeed, the Supreme Commander will not tolerate any appeal for waiver or deferment. The curtain was drawn but we are nevertheless permitted to peep behind the veil and reflect on our shared experience going back over sixty years. In his professional career, he commanded several naval bases – including Calabar and Lagos.

However, the first base where he was the “Flag Officer” was at his parents’ home at55 Kakawa Street, Lagos. His parents Pa Justin and Mrs Felicia Koshoni were extraordinary. Their generosity knew no bounds regardless of their own humble resources. Whatever they had was there for all their children, extended family and friends of their children. Sedowe (the eldest child), was followed by Patrick Seubo, then their beloved sisters Margaret (“Maggie”) and Anise. The youngest was Gbegana boy. Sadly, Anise is the only one left now. Maggie and her best friend, Muyinat King were adored and adopted by us all as our own sisters.

The Koshoni household extended to the boarders such as late Bobo Doherty; BiodunDoherty (Igbobi College) and Lateef (Oga Lato!). It was our base and the list of happy“sailors” included (to mention a few) Tunde King and late Kunle Munis who were virtually next-door neighbours but preferred to hibernate in the room shared by Sedowe and Seubo.

Although we were supposed to be at our various boarding schools – King’s College; St. Gregory’s College; Methodist Boys’ High School; CMS Grammar School etc., Kakawa Street was our sanctuary and unofficial base from whereas teenagers we ordered fresh palm wine form a shed/ palm wine bar directly opposite Pa Koshoni’shouse. The default rate was exceptionally high. We would savour the palm wine and offer to pay later but as an act of good faith, we would return the container known as“Keregbe” (gourd) which the palm wine sellers appeared to value more than the palm wine. Anyway, this was before AMCON (Asset Management Corporation of Nigeria)the debt recovery agency emerged.

We also had unlimited access to the latest music records and tapes courtesy of Sidonawhose record shop blaring with loudspeakers was just around the corner at the point where Kakawa Street intersected with Bamgbose Street. Actually, the front entrance of Pa Koshoni’s house was on Bamgbose Street while the exit led directly into KakawaStreet. Woe betide the taxi driver who would drop us at Bamgbose Street and expect to be paid. On the pretext that we would be stopping for only a few minutes, we would gleefully exit through the backdoor into the bowels of Kakawa Street where theTinubu compound provided ample refuge!! From there we would send our scouts to be sure that the taxi driver was not still lurking around before we would emerge with renewed vigour for further escapades. Every now and again it was the hapless Mrs.Koshoni who would feign annoyance and exasperation.

“You (these) boys, you should not be hanging around here. Go back to your schools and read your books.”
Then she would be all smiles and ask if we wanted anything to eat or drink (but not palm wine!!).

It was at Kakawa Street that we learnt to smoke cigarettes. Our supplier, Peteroperated from a canoe which was perched on the quayside located at the Marina. Before Apapa and Tin Can Island ports were built, ships would stay in deep waters in the Atlantic Ocean and deliver goods loaded on barges to the quayside. Peter was an equal opportunity entrepreneur. He traded in marijuana (Indian hemp) which he sold to visiting sailors at a vast profit for cash and cigarettes. I can testify that King’sCollege boys only bought cigarettes but I cannot vouch for what he sold to St.Gregory’s College boys!! We must be careful not to rely on hearsay or circumstantial evidence going by the pronouncement (“obiter dictum”) of Justice Bode-Rhodes-Vivour (ex-St. Gregory’s College) of the Supreme Court.

Peter was quite a character. He lived alone on his boat and was nearly always half naked in strict adherence to what he considered to be the antidote to the oppressive heat. He was utterly fearless and brazenly hedonistic. He had no qualms about selling marijuana to policemen; soldiers; firemen and Customs and Excise officers (with a question mark over students of St. Gregory’s College!!). He claimed that mosquitoes were afraid of him and would never bite him.

On one memorable occasion when late General Sani Abacha announced that there had been an attempted coup d’état to topple his military government, Peter marched boldly to Bonny Camp, Victoria Island where the Military Tribunal was sitting todebunk the alleged coup attempt. When he was asked for his proof, he sent the tribunal into pandemonium by declaring:

“Whenever a coup d’état is imminent, I receive extra orders from soldiers, airforce men and navy officers. Prior to the day of the alleged coup, there was no surge in demand for marijuana.”

As usual, Peter was half-naked. He refused to give his name or provide and address. He only volunteered his rank!! He insisted that he had no wife, children, no next-of-kin or Tax Clearance Certificate. Definitely no landlord. It was Major-General DuroAjayi (ex-King’s College) the Deputy Chief of Army Staff who promptly intervened and ordered Peter the hostile witness to withdraw his offensive remark:
“A coup is just an inconclusive election by the military.”