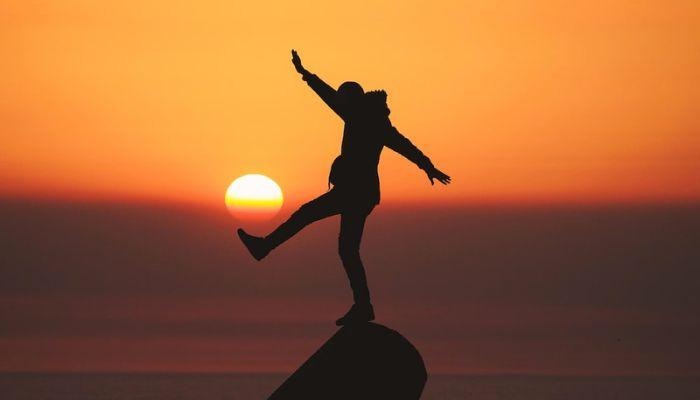 “The plans of the diligent lead to profit”. We’ve heard it over and over before, especially while growing up, that to succeed in just about any endeavour one decides to embark on in life, one must develop the habit of working hard. It’s therefore no surprise that we, in turn have adopted this mantra in guiding our own children too.

Further sound counsel often given is to plan adequately. However, faithful adherence to these two, without supporting it with good discipline will likely lead to frustration and failure in the long run.

Since our children are not with us right now as we delve into this matter, let us be honest with each other; working hard is not something which many of us would naturally do. Especially if circumstances don’t demand it. Our default mode, often times, is to do the barest minimum and where possible, search for quick and easy answers so we can just move on to the next thing.

As we have decided to be candid today, kindly permit me to ask; how many of us who find themselves lucky enough to suddenly come into a large amount of money, enough to meet all present and foreseeable needs and wants, would remain as enthusiastic and diligent about work as they are today? How many would continue to burn the candle at both ends, even when their lives no longer depend on it?

Yes, there are a few out there who may continue with the same vigour, driven by an appetite to succeed in their endeavours and not necessarily driven by a desire to become increasingly wealthy, and there are others who have an insatiable appetite for more wealth, so this too could be the motivation for them not to slow down.

In addition to the commonly agreed factors, I was intrigued by a couple of other factors they pointed to. One, is their insistence on the ancient Japanese held wisdom of “Hara hachi bu” which simply means, “fill your belly to 80 percent”

But I believe the majority of people, irrespective of colour and race, would almost instantly slow down if such largesse was to fortuitously fall from the skies. A significant number of people, if not the majority, would be quite happy to do nothing if they could get away with it. You don’t agree? Here’s an illustration.

Several weeks into the lockdown period, when things had really started to bite, especially for those who survive on daily earnings, a chap in our neighborhood called Friday, who used to man the estate gate but had since become an odd job man, came to our house. He put on his most pitiable face and pleaded with my wife and I to find him something to do as he was hungry and had no where to turn. Friday was willing to do just about anything, no matter how menial. We informed him that we regrettably had nothing to offer him in terms of odd jobs around the house but gave him the little change we could and a little foodstuff.

Less than an hour later, my wife and I drove out to pick up a few things. Not far outside our estate gate, we caught sight of this same chap playing and bantering loudly with some of his friends. Quickly, however, my wife noticed he wasn’t very steady on his feet. We called him over, because shortly after he left our house, we remembered that we needed someone to do a little weeding, as the gardener hadn’t been too regular, as of late. With much glee, this chap came bounding over to our vehicle. Several feet before he got to us, his presence was announced with the unmistakable whiff of alcohol. As if we had been bewitched, we ignored the obvious red flag raised by Friday’s midday drunkenness, evidenced by his incessant bowing in apparent appreciation and a loud “congratulations” to crown it all.

Confused, my wife and I turned to each other. “Congratulations” for what? Still we went ahead and asked him to come to the house by 10am the next morning. Till now, “tomorrow” is yet to come. No sight of Friday at all. This is after receiving support that will last a few days, at most; not to talk of a life changing windfall.

Of course, whenever I eventually come across him, in the typical fashion of many of our people nowadays, he will apologize profusely, find something to blame it on and proceed to explain just how badly he still needs the job. Does this sound familiar? Friday had already got what he wanted when he initially came to the house and to use our lingo, his eyes won’t clear until that has been totally expended.

In the highly revealing book, “Ikigai, the Japanese Secret to a Long and Happy Life”, the authors Hector Garcia and Fransesc Miralles, provide us with some fascinating insights based on discoveries made while searching out these secrets. It became apparent during the course of their research that the indigenes of the various towns in different countries, who have historically enjoyed the longest life expectancy, share some commonalities in behaviour. These geographic regions across the globe where people live longest are referred to as the Five Blue Zones.

Coming high among contributory factors to long life and happiness across the Blue Zones are; having a sense of community and a close knit group of friends, which both act as dependable support groups that contribute immensely to one’s psychological well being. The role this plays in reducing anxiety and worry, with all the damaging chemicals these terrible twins release into the body, cannot be overemphasized.

Others are, a daily routine of light exercise, a largely fish, vegetable and fruit diet and only moderate consumption of alcohol, meat and processed food, if any at all. However, the authors of “Ikigai” pay primary attention to the people of Japan, who have for long, had the oldest population in the world; and the residents of Okinawa in particular, where a 90-year-old is still considered a spring chicken!

In addition to the commonly agreed factors, I was intrigued by a couple of other factors they pointed to. One, is their insistence on the ancient Japanese held wisdom of “Hara hachi bu” which simply means, “fill your belly to 80 percent”. This saying is traditionally uttered before and after every meal. Those who have had the opportunity of dining at Japanese restaurants may now understand why the assorted dishes served are always of very moderate proportions.

Backed by science, which has long shown that over eating wears down the body and accelerates cellular oxidation, it may then interest you to know that those who live in these Blue Zones, because of their lifestyles, suffer far less cases of various ailments such as cancer and dementia and they quite miraculously remain energetic and agile almost throughout their very long lives. It’s far from being a coincidence. The import of this nurtured discipline of self restraint however goes beyond eating alone but signifies the perfected art of living in moderation, a mindset, and an abiding culture.

It always fascinates me to see how it works for those who conduct themselves in ways faithful to scriptural precepts, irrespective of whether they’ve ever come across a Bible or not. This further affirms my conviction that God has laid down various principles which we only need to obey, and it’s guaranteed we’ll get the desired results.

Receiving more when we give is another one of them. The Holy Book specifically admonishes doing all things in moderation, whether it be the consumption of food, sleep, work and rest. God speaks against gluttony for our own good; enlightens us against excess sleep which can only lead to poverty; condemns laziness which can only spell hunger and strongly advises us to get adequate rest where He said, “There remains, then, a Sabbath day for the people of God…let us therefore make every effort to enter that rest, so that no one will perish by following their example of disobedience”.

When I pondered on this, “The fear of God is the beginning of wisdom” took on a more practical meaning to me. Still, the super-centenarians of Okinawa had a few more mind blowing secrets to reveal.