The ocean in a troubled world 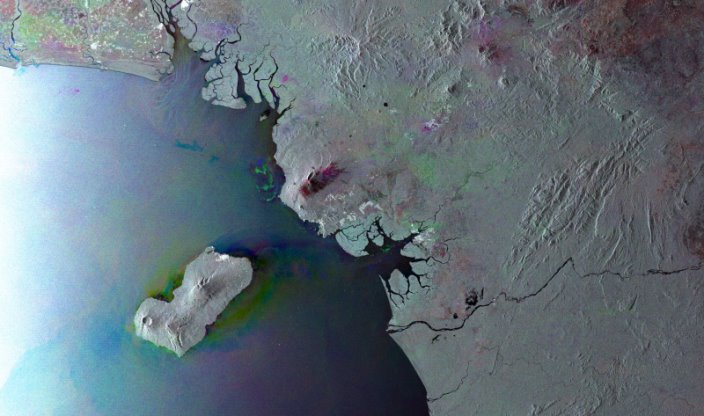 The ocean connects people globally. It has also been insulating people universally and, incidentally, protecting them from one another. For those of us who live on land, and are used to promises of governments of the safety of life and property, it would be difficult to accept just how unruly the ocean has become.

Why? It is because the United Nations Law of the Sea, which is an international agreement on the rights and responsibilities of nations with respect to their use of the world’s oceans are hardly obeyed.

The ocean is a large expanse of the sea where legitimate ships fly false flags and swap names. There is piracy, sea robbery, illegal fishing, smuggling of humans, goods and weapons. The recent addition is maritime terrorism amongst other crimes occurring almost on a daily basis at sea. There are lots of criminal activities in the ocean. It’s a world of chaos, freedom, and crime.

We have had instances where smugglers use tankers to steal oil at sea. I hope we have not forgotten the Russian-registered 11,300-ton crude oil tanker African Pride laden with allegedly stolen crude. Where is African Pride now? The oil tanker, African Pride, built-in 1965 by ODENSE Steel Shipyard is currently sailing under the flag of Unknown, according to reports.

You will recall that it was barely two weeks ago that a group of young men referred to as stowaways illegally boarded a UK-bound oil tanker from Lagos, Nigeria. The 240-foot Liberian flagged vessel Nave Andromeda had seven stowaways on board, according to reports. They have been arrested by authorities in the UK, and granted bail pending trial.

In a world of trouble dominated by coronavirus pandemic and economic paralysis, are governments not expecting criminality in the Gulf of Guinea (GoG) to rise? I thought governments within the GoG would be expecting a rise in piracy or sea robbery because of poor governance issues on land. The world is in recession as a result of significant decline in economic activities in the year 2020, as declared by the World Bank. COVID-19 has plunged global economies into the worst recession since World War II.

Though piracy is apolitical by nature, it is structurally similar to stateless terrorism now faced by many government-owned forces on land. On a global scale, piracy is more of a nuisance than a threat. Although, some maritime experts believe that piracy and/or sea robbery have been overblown in the press, nevertheless it is a significant phenomenon. Piracy affects the image of a country and its economy.

A recent report by the International Maritime Bureau (IMB) revealed a 40 percent increase in the number of kidnappings in the GoG in the first nine months of the year 2020, compared with the same period in 2019. The statistics are frightening but expected. More disturbing is unconfirmed reports in tabloids that Somali pirates were now active in Nigerian waters and other countries in the Gulf of Guinea.

As long as we have the oceans, and challenges of governance on land are not significantly resolved in the Gulf of Guinea, piracy will continually affect shipping for which solutions have so far been elusive

The IMB reveals that there were 132 reported attacks since the beginning of 2020, up from 119 incidents in the same period last year. “Out of the 85 seafarers kidnapped from their vessels and held hostage for ransom, 80 were taken from the GoG in 14 attacks reported off Nigeria, Benin, Gabon, Equatorial Guinea and Ghana,” according to IMB.

The GoG includes several West African countries that border the Atlantic Ocean with market size of about 470 million people in 2019, according to statistics. Many countries in the GoG including Nigeria are oil producers and are major suppliers of energy. In addition, the GoG is endowed with abundant natural resources which, if carefully managed, would have contributed to global and regional prosperity.

Despite numerous resources, most countries of the GoG continue to face low growth and poverty. Some of the challenges of nations within the GoG include demographic changes and weak human capital, inconsistent fiscal policies in the presence of abundant natural resources, and weak institutions. Other factors hindering the region’s growth include unstable commodity prices, insecurity, and instability at national and regional levels.

Piracy and other forms of maritime crimes are not new to Nigeria and other countries in the GoG for decades. Governments in the GoG have spent huge sums of money on maritime security to curb increasing criminal activities at sea. Unfortunately, the situation is getting worse. For instance, piracy has contributed in no small way to increasing the cost of doing business in Nigeria as ship owners and consignees now charge higher for goods imported into the country.

Modern Pirates are ambitious, sophisticated and well organized. Some pirates have been known to carry weapons including shoulder-launched missiles. But they will back off from stiff resistance. Modern pirates should be distinguished from the larger number of criminal gangs at sea and in harbor whose presence has afflicted remote ports and coastlines, and whose acts inflate the piracy statistics.

Some of these criminal gangs lack the sophistication to steal more than their small boats can carry. But they should not be underrated because they may be murderous. These are just tiny details to explain the unruly nature of the ocean.

One will expect navies of GoG to prevent any form of criminality within the region. Yes, having warships at sea is not a bad idea. But patrols by warships do not come cheap. The logistics required to keep naval vessels at sea is enormous.

The presence of warships at sea can stir up problems for criminal gangs. But, most warships are national tools best applied against nations with little effect against criminal gangs on the open ocean.

A warship sighted by pirates over the horizon will definitely instil fear. But when one looks at the current number of casualties arising from piracy attacks and sea robbery in the GoG, the lack of deterrence by warships becomes clear. But one thing remains real in the GOG: The rise and determination of modern piracy that plagues large strips of the ocean.

As long as we have the oceans, and challenges of governance on land are not significantly resolved in the Gulf of Guinea, piracy will continually affect shipping for which solutions have so far been elusive. Thank you.