The Metropolitan Club – If you think you are surrounded by idiots 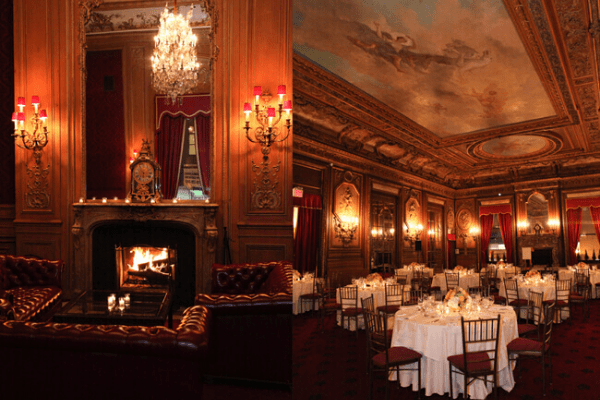 When the Metropolitan Club celebrated its 60th Anniversary on 13th October 2019 with a lecture by Professor Wale Adebanwi Rhodes Professor at St Antony’sCollege, Oxford University followed by a “Black Tie” dinner, the press coverage was a whimper. With a little more encouragement, the event would have dominated the media space for weeks on end – and rightly so for reasons which will be duly canvassed.

Well ahead of the event, CNN appeared to have identified it as a great candidate for any of its flagship/primetime programmes – “Focus on Africa”; “Market PlaceAfrica”; “Quest Means Business”; “Anderson Cooper 3600” etc. which would have no difficulty in attracting a sponsor, such as J.K. Randle Professional Services orXKPMG Professional Services.

However, as the date approached, what emerged were “technical hitches” or a curved ball. Someone may have raised the point – if the Club is so powerful how come that in none of the military coup d’états inflicted on our beloved country was there was any reference to the club by the likes of Major Chukwuma KadunaNzeogwu; Major Joseph Navan Garba; Lt-Colonel Bukar Suka Dimka; Major General Sani Abacha; Major-General Joshua Dogonyaro; and Major Gideon Orkaretc. in the chilling announcement which was a regular occurrence:

“Fellow countrymen, after due consultation with the President and members ofthe Metropolitan Club as well as my colleagues in the Army, Navy, Air Forceetc…….”No way!! Totally wrong call.What probably happened is that in the mistaken belief that the Club is exclusivelyfor the ultra-rich/mega billionaires, many of the names which have been featuredon the front cover of Forbes Magazine are conspicuously missing from themembers’ list:Alhaji Aliko Dangote, Pastor E.A. Adeboye, Otunba Mike Adenuga, Sir Kensington Adebutu, Mohammed Darwish, Femi Otedola, Haresh Awani, Oba Otudeko, Chief Ade Ojo, Sir Gabriel Igbenedion, Tony Elumelu, Tunde Folawiyo,

The original intention was to beam the event live to the rest of the world (the global village) in order to advertise Nigeria’s finest – as a counterfoil to the regular diet of Boko Haram insurgents; kidnappers; “419” fraudsters/yahoo boys; bandits; reckless politicians and retired partners of KPMG who are still awaiting their gratuity and pensions.

The official statement from CNN made it absolutely clear that it was a purely business decision. No political or racial undertones. No apologies. Anyway, there was no going back and the celebration commenced as scheduled. Indeference to the “local content” regulation, the media coverage was limited to Nigerian print and electronic channels.

As the Master of Ceremonies, Yinka Akinkugbe (an old boy of King’s College)was about to introduce the President of the Club, the large gathering of King’sCollege old boys at my table sent him a note which we all signed.

“Just confine the introduction of the new President of the Club to Alhaji FemiOkunnu, SAN an eminent old boy of King’s College, Lagos. Period.”It was meant to wind up the old boys of St. Gregory’s College who were mostly seated at the far corner of the hall. Instead, the Master of Ceremonies went on and on about the President – former Minister of Works; former President AnsarudeenAssociation etc.

As I surveyed the Members Dining Room which was filled to capacity, it was self-evident that if you are looking for the best brains to run Nigeria (or indeed any African country), you do not need to look further than the Metropolitan Club!!

Then I remembered what my late father, Chief J.K. Randle once told me:“If you think you are surrounded by idiots, then you are the idiot!!”

Maybe that was what provoked Chinua Achebe to declare: “Nigeria is what it is because its leaders are not what they should be.”Indeed, President Donald Trump of the United States of America has chipped with a different dimension to the equation:“One of the key problems today is that politics is such a disgrace, good people(such as members of the Metropolitan Club) don’t go into government.”

How does that explain the rock bottom state of affairs as reported on the front page of “Saturday Tribune” newspaper of December 7, 2019? Headline: “Judge flees as SSSinvades court to arrest Sowore.”

In 1963, Sir Adetokunbo Ademola was responsible for the conduct of the national population census. He was at the time the Chief Justice of Nigeria and President of the Metropolitan Club. The controversy that ensued following the release of the official figures remains a recurring decimal in the annals of our nation’s history.

Regardless, we can only speculate how deeply disappointed he would have been (ifhe was still alive. He died on 29 January 1993 at the age of 87) by the front-page report of “ThisDay” newspaper of October 27 2019. Headline: “INEC: Elections in Nigeria are like war”

Independent National Electoral Commission’s national commissioner for Edo, Rivers and Bayelsa States, May Agbumuche-Mbu, has lamented the degree of violence often associated with elections in Nigeria, saying it is akin only to a war situation. Agbamuche-Mbu, who narrated as an example, what happened in Rivers State during the recent 2019 general election at a two-day seminar at the ElectoralInstitute in Abuja, however, sued for caution ahead of the November 16governorship elections in Bayelsa and Kogi States.

In a similar spirit, another INEC national commissioner, Amina Zakari, explained why inconclusive elections might be inevitable in certain instances, noting that where it was established that genuine voters had been disenfranchised by any means possible, it behoves the commission to capture the votes of such demographics.

On his part, a fellow national commissioner and chairman of the two-day seminar, which held preparatory to the Bayelsa and Kogi elections, SolomonAdedeji Soyebi, already foresaw a heavily monetised exercise in Bayelsa and Kogi, saying there would be intense vote-buying.

Where is the glory of Nigeria’s latter economy?

The UK Africa Investment Summit: A great opportunity for Nigeria

Toxicity in the work place