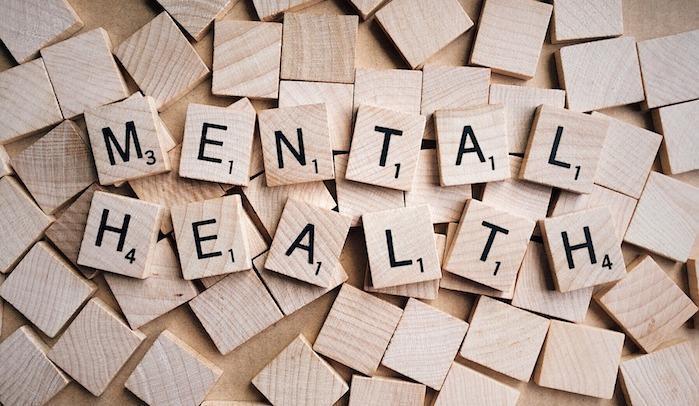 Last week, from the tenth to the sixteenth day of May, the United Kingdom observed a ‘Mental Health Awareness Week’.

This is not to be confused with the ‘Mental Health Awareness Month’, which is celebrated in the USA throughout the month of May every year. The American celebration was started by Mental Health America (MHA). Two months before the celebration, every year, MHA releases a set of guidelines to be used by different NGOs and stakeholders in the field for the purpose of spreading awareness on issues of Mental Health throughout the country. The theme for the year 2020, for instance, was #Tools2Thrive. The emphasis of the campaign, which took place in the middle of the COVID19 experience, was on helping people to endure in ‘a time of unprecedented anxiety about a world pandemic’.

The Mental Health Awareness Week in the United Kingdom is hosted by the Mental Health Foundation. The Foundation is a registered Charity, which has played a prominent role in Mental Health advocacy for more than seventy years. Along with other prominent stakeholders, it has succeeded, over time, in galvanizing the British establishment and the public into action, moving discussion onto the front burner in the public space. That drive has received a fillip from the Royal family, with Prince William and Prince Harry talking freely about their own mental health challenges following the very public death of their mother, Princess Diana.

The Royal Foundation, founded by the Duke and Duchess of Cambridge, was involved in the events of last week. Prince William was photographed playing table tennis with young people at a youth activity zone in Wolverhampton and visiting a custodial centre in Croydon.

There is still another, universal, celebration of Mental Health – the World Mental Health Day to come. It is marked all over the world on the tenth day of October every year. The theme for 2021 is ‘Mental Health in an Unequal World’.

It is not hard to understand why, all over the world, so much attention is being focused on Mental Health. One out of every five persons may expect to suffer from a diagnosable mental disorder at some time in their lives. Even in the most developed areas of the world, a large percentage of these people will not receive treatment because the treatment is not available, or because stigma and social costs inhibit people from acknowledging the presence of such illness in themselves or someone they care about.

‘Mental Illness’ covers a very broad terrain, from relatively minor Anxiety to debilitating Psychosis. Its ramifications cut across all areas of human bodily activity and social function, and all boundaries of class and race.

The still ongoing COVID19 pandemic has imposed a big burden on the fabric of society in many parts of the world. The challenge to the individual has not just been the fear, or the reality, of catching the deadly infection, but the multifarious stresses caused by prolonged lock-down with loss of economic power and opportunities, and in many cases loss of job or loss of business. There were other currents running through the collective whirlpool of suffering – the prolonged, unaccustomed cheek by jowl proximity that put a strain on otherwise-affectionate family relationships and led to a flare-up in incidents of domestic violence. A sense of powerlessness that was enervating. Professional observation of many people getting so desperate that they hit out at those closest to them – physically or psychologically, or turned the aggression inwards on themselves, resulting in depression or even self-injurious behaviour.

No scenario could have better exposed the weaknesses inherent in the health systems of different nations, especially as they pertained to Mental Health, than the COVID19 pandemic. In those countries where there were already efficient preventive and treatment services, the systems operated at full stretch. In countries such as Nigeria where the system already had its work cut out coping with routine traffic, it proved an especially onerous time, with the widespread development of symptoms of conditions such as Anxiety and Depression among the populace. In Lagos and a few other centres, public and private initiatives to expand the reach of psychotherapy were undertaken. Telephone help lines and walk-in services were created.

Mental Illness will always be present in human society, and the need to maintain mental, as well as physical wellness will always be a bounden challenge for all health systems. In the light of this, there cannot be too many ‘celebrations’ of Mental Health in any calendar year, or in any society.

Paradoxically, countries which already have well-developed systems are the ones making a song-and-dance about Advocacy. Hearing everybody in the UK, from the Duke of Cambridge to your favourite hosts on JazzFM talking about Mental Health in the last week smacked, from a Nigerian’s perspective, of preaching to the converted, even though the UK still has its own issues, at Work and at Home. But it is really in Nigeria, where citizens have only the most skeletal Mental Health infrastructure, where three quarters of the mentally ill do not access treatment, where the generality of the public live in ignorance or denial concerning mental illness, and where deeply ingrained traditional beliefs concerning the nature and outcome of mental disorder leads to a pervasive cloud of stigma. It is reinforced by faulty portrayals in Nollywood films and stakeholders need to find the energy to treat every week of the year as a ‘Mental Health Awareness Week’.

It is only when a critical mass of awareness and participation has been built that Nigerians can begin to get a handle on this problem. It certainly will not go away.

Congratulations on winning the English FA cup. Your celebratory ‘Ajasco’ dance, holding aloft the flag of a country that is precariously poised at a crossroads between greatness and perdition, provided the highpoint of a dreary week.