The importance of building bridges 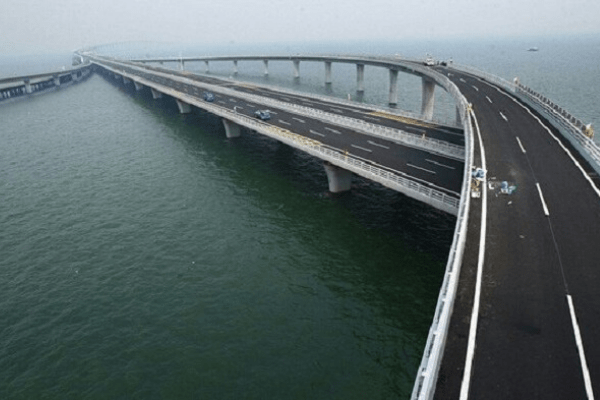 As a transmission mechanism for production outputs over short to medium distances, bridges are the second most important wholesale transportation invention in human history (after railways). Everywhere they exist as obstacles to trade and communication, the conquering of chasms and water bodies by human engineering and ingenuity has been followed by economic development. More than mere symbols of technical prowess however, bridges are also important landmarks of civilisation and the triumph of human organization over the inherent chaos of nature.

Bridges have proven so useful to humans that every “easy” bridge that can be built in the world has already been built. The only bridges left to build are the difficult ones. The ones that pose incredible structural, environmental and financial challenges, and/or require levels of human cooperation and organization that have proven hard to attain. For much of our history in Africa, the latter constraint has sadly been the more common. Thankfully, this historical reality is changing; albeit slowly. In the decade just ended, several landmark bridge connections that had remained on the “drawing board” for too long were finally built.

Four notable examples will illustrate. Early in the decade, Cote d’Ivoire led the way with the commissioning of its new 1.9km bridge across Abidjan’s Ebrié Lagoon (AFC played an important role in the regional consortium that led the financing of this project, at a total cost of about US$365m). This critical transportation link transformed the traffic pattern within the city, significantly easing pressure on the two existing bridges and improving travel times across the Lagoon. Around the same time, the 1.4km Lekki-Ikoyi link bridge was completed in Lagos, Nigeria, at a total project cost that has not been publicly disclosed. Developed and financed entirely by the state government, the value of this critical link is best estimated by imagining what travel times between these constricted suburbs of the already chaotic Lagos islands would be without the bridge.

In 2018, the Senegal-Gambia bridge was finally completed, another 1.9km long infrastructure solution which not only links the two countries, but also two halves of Gambia itself; cutting travel times by multiple days. The project had been in concept since the 1970s, and eventually cost about US$95m to construct. As with the Cote d’Ivoire bridge, the African Development Bank (AfDB) played an important role in the financing of this project. Early last year, the “longest suspension bridge” in Africa (which had been in concept since 1989) was finally opened to the public, straddling the Indian Ocean to connect Maputo and Katembe in Mozambique. This 3km long bridge along with associated feeder roads cost US$785m to build, and considerably reduces travel times between the Mozambican capital and the southern rump of that country (adjacent to South Africa). Chinese financiers underwrote this project, which was supported by the full faith and credit of the government.

The above successes illustrate that there are several potential paths to meeting the very real challenges (engineering, financial, social and environmental) of delivering transformational bridges;provided the human organizational capabilities are in place. Given that there is no shortage of difficult bridges to build in Africa, it is important to explore the learnings from these successes, so that they might perhaps be replicated in more projects. I will share a few briefly and conclude with a shortlist of some important bridge projects in Africa today that are meeting squarely with the challenges and will thus be completed this new decade.

Unsurprisingly for a large infrastructure project, the first critical capability is planning. Successfully making the case for time, money, human resources and political capital to be invested in a particular project likely to cost hundreds of millions of dollars (over countless other demands) usually demands diligence in gathering and presenting information. Every “difficult” bridge has not been built exactly because the cost-benefit analysis is not straightforward enough to be a “no-brainer”. Perhaps there are economic, commercial, technical, environmental, social or political constraints. Two examples will illustrate, one from history and the other contemporary.

Unsurprisingly for a large infrastructure project, the first critical capability is planning. Successfully making the case for time, money, human resources and political capital to be invested in a particular project likely to cost hundreds of millions of dollars usually demands diligence in gathering and presenting information.

In early 20th century colonial Nigeria, a fierce debate raged for many months between British civil servants in London and political officers on the ground about the economic wisdom of constructing a rail bridge across the Niger at Jebba. Was there a sufficient volume of trade and human traffic to justify it? Could the government afford the repayment of principal and interest? In the end, a compromise was negotiated (interestingly, by a young politician named Winston Churchill, then Under Secretary of State for the Colonies). A rail-bridge was built to land on Jebba island in the middle of the river, with a rail-car jetty completing the trip; linking two quadrants of the country for wholesale transport. Eventually, the entire river width was bridged when the traffic volumes proved eminently satisfactory to justify the investment.

More recently elsewhere in West Africa, the debate continues about the prudence of constructing a 7km bridge linking Lungi Airport just north of Freetown to the country’s capital (located across the Sierra Leone river). Some estimates have suggested a US$2bn price tag for such a connection, a figure that will continue to give pause to any reasonable observer. Which brings us to the other critical point: “reasonable” price tags are an essential condition for success, whatever the financing path that is being considered for a project. Transformational as they are, bridges do not make sense at any price. Once a certain estimated cost threshold is exceeded, it is very prudent to consider that perhaps the bridge does not exist for a quite good reason. In addition to all the above, other key considerations for success include ready availability of way leaves along the proposed alignment, favourable environmental and social impact assessment outcomes, and a very carefully imagined project design.

Now, to my top picks for the next decade: these bridges are in concept, already under development or in construction and will serve as testimonies to the organizational abilities and sheer will-power of the parties responsible for them. In no particular order (drums roll): the 1.6km Second Niger bridge near Asaba (alongside a 10.3km highway) already being built thanks to the herculean leadership efforts of the folks at the Nigerian Sovereign Investment Authority; the 1.4km Rosso Bridge linking Senegal and Mauritania; the long overdue 4km road and rail bridge connecting Brazzaville to Kinshasa across the great Congo river (last two projects both led by AfDB), the 1.5km Mombasa Gate Bridge in Kenya (Japanese financed), and my hometown favourite, the potentially radically transformative Lagos Fourth Mainland bridge (likely to be an at least 5km bridge accompanied by more than 30km of ancillary roads).

My fingers are crossed for these and many more landmark transportation connections driving trade and development across Africa this decade.

Why Nigeria may not automatically benefit from rising oil prices

To know is not enough