The hunchback on Hope Uzodimma 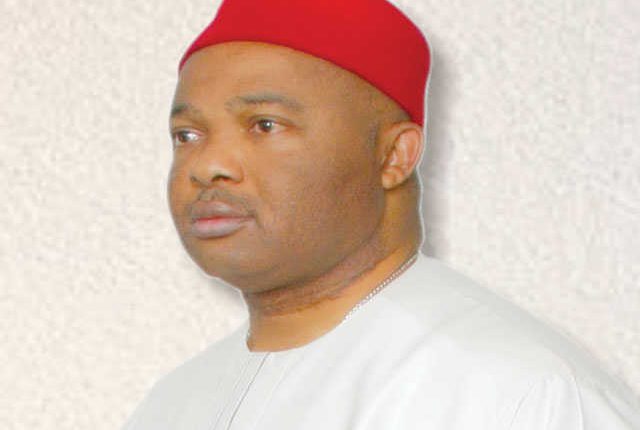 Former Senator Hope Uzodinma attracts more than his fair share of attention in his new capacity as Governor of Imo State because of the manner of his ascension to the post. It was a judicial heist. He is the receiver of a mandate that Imo State citizens did not give.

Uzodinma carries a huge hunchback of negative perceptions into his occupation of the Governor’s Office in Imo State. As the days go by, and the reality of his residency of Douglas House sinks in, citizens and watchers of Imo State wonder what he will or will not do.  It is essential to understand why.

The second term of former governor Rochas Okorocha left many Imo State citizens bewildered. It exposed and presented Government and governance as trickery and mockery. They contended with many barefaced lies and broken promises. They lived in a new moral universe.

In eight months, Emeka Ihedioha and his team worked valiantly at rekindling hope in the citizens. Ndi Imo began, once again, a deliberate attempt at investing trust in government and governance. They saw possibilities. Elite and masses agreed on the need to work together for a new direction.

Then Hope Uzodinma struck with the wondrous 388 electoral units and the fiction of the Supreme Court. That judgement is loading in the Guinness Book of Records for the infamy of having more votes than voters.

As a man under a halo, Uzodinma should tread warily. His inaugural statement was full of sound and fury. It did not articulate any plans and programmes.

Since then, Governor Hope Uzodinma has made the appropriate noises and some actions. He is growing in confidence and doing some things right. It is in the area of those promises that he should tread with caution. On January 28, Douglas House announced that Uzodinma would forfeit his security vote entitlement to ensure the payment of workers and tackling other pressing issues in Imo State. The alleged sacrifice is because of the financial limitations of the state.

It was a subtle jab at populism. Unfortunately, it is one of those sound and fury statements. As George Orwell noted in 1946, “Political language — and with variations, this is true of all political parties, from Conservatives to Anarchists — is designed to make lies sound truthful and murder respectable and to give an appearance of solidity to pure wind.”

What does it mean in concrete terms for a governor to state that he would forfeit his security vote? It amounts to making the wind appear solid. The security vote is a secret sum known only to the governor and his kitchen cabinet.  It is not subject to auditing, nor is there any accountability to it. Such a subhead cannot possibly be the basis of any promise.

Furthermore, it is curious to hear of alleged challenges with the finances of Imo State necessitating this enormous sacrifice for which citizens need to hail the governor. In eight months, the immediate past administration did not speak of any such challenges. Instead, they outlined programmes and plans and went ahead with the execution.

Unfortunately for Uzodinma, comparisons would trail every action and pronouncement that he makes. It is the nature of these matters.

Citizens would also pay attention to the moral tone of the state under Uzodinma. The report card does not look good thus far. Members of the Imo State House of Assembly confirmed the characterisation of politicians as scoundrels and harlots by moving en masse to the All Progressives Congress Party.

They came from both the Peoples Democratic Party and the All Progressives Grand Alliance.

House of Assembly Speaker Collins Chiji claimed that the members defected because of the alleged personality of the governor. The word on the streets of Owerri reads something more dubious.

The Imo State House of Assembly banks on the alleged closeness of Governor Uzodinma with President Muhammadu Buhari for significant progress. It is unclear how this would translate beyond constitutional provisions.

Governor Uzodinma would need clear pronouncements and even better actions to remove the hunchback he carries. He should set to work and surprise all those who doubt both his motivation and capacity. What a pleasant surprise it would be for Imo State and the narrative of governance in Alaigbo for Uzodinma to turn out right no matter how long he stays on the seat. Best of luck.