The coming antichrist and the Africans 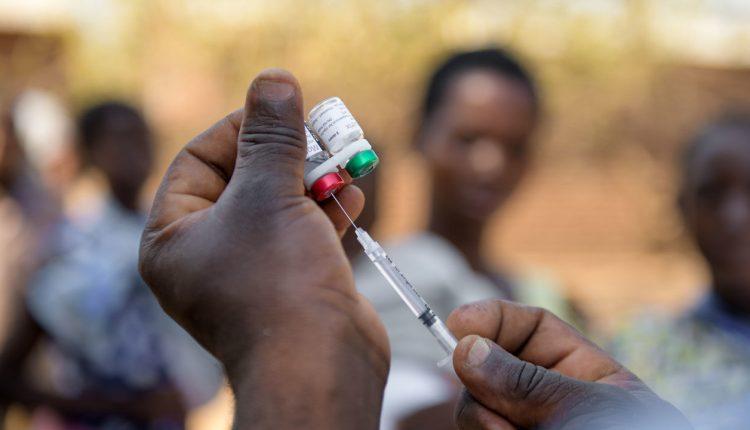 This is an imaginary essay. I would urge my readers to take it with a grain of salt.

I was recently taken by dream-vision to the Infernal Kingdom. There, I beheld Satan sitting on a golden throne in all his resplendent glory — with diadems and glittering pomp. The powers and principalities paid obeisance to the King of Darkness; lying prostrate before him like miserable slaves. There was light around him, but it was a dark light, radiating pure evil.

He of the cloven hoof gathered all his warlords, including the Horsemen of the Apocalypse; announcing that he had chosen a prince whom he is sending to “redeem” the world.

A tall, handsome young man with blonde hair and blue eyes and a naturally tanned skin (name withheld) was brought before the assembly. He appeared to be in his late forties, although looking much younger. He had an air of aristocratic authority about him, as befits a man used to issuing commands.

Satan solemnly declared him to be his emissary to the world. He was anointed with a golden staff and a signet onyx ring made of the purest blue diamond. Rumour has it that he was born of a Turkish-German father and an American mother whose bloodline goes back to the Rothschilds. He holds Swiss, German, Turkish and American passports. He attended Philips Exeter Academy at Andover, the most prestigious boarding school in America. He graduated Summa Cum Laude in Philosophy and Mathematics at MIT before proceeding to Oxford as a Rhodes Scholar, earning a doctorate in Artificial Intelligence and Robotic Engineering.

Our man summed up his academic studies by enrolling at the highly demanding MBA-JD programme at Harvard; winning laurels for academic distinction and leadership. He was elected into membership of the super-elite Harvard Society of Fellows.

From his days at Philips Exeter, he started dabbling in occultism. At first it was as innocent as playing with a Ouija board and reading Lobsang Rampa and the Six and Seven Books of Moses. He soon graduated into hexes and spells. In their final year at school, he and a friend placed a curse on their housemaster for his allegedly overbearing discipline. His marriage suddenly ended in a divorce while their only daughter went insane. The hapless man later had a stroke and died.

In his sophomore year in college, he was invited into membership of one ancient Mystery Schools said to be as old as the Egypt of the Pharaohs; becoming a grandmaster before age thirty. He got married to a strikingly beautiful heiress and graduate of Wellesley College, the prestigious women’s university in Massachusetts. Upon graduation, our man had a stint with investment bankers Goldman Sachs before starting his own private equity fund, currently with over US$500 billion under management.

He has been among the glitterati that feature at the World Economic Conference in Davos every January. The list includes Bill Gates, Tony Blair, George Soros, Prince Salman of Saudi Arabia and lesser mortals such as the President of the African Development Bank.

The secret elite are consumed by a murderous racism which they able to conceal with great sophistication. For decades, they have been obsessed with vaccinations in Africa, for which they have pumped humongous amounts Bill and Melinda Gates Foundation, WHO, UNICEF and the like

You will never find a more well-spoken cosmopolitan leader. Suave, svelte and debonair, he can easily switch conversation from English to French, German, Spanish, Italian or Arabic. He can hold his own on subjects as diverse as the Kabbalah, Tokugawa Japan, Islamic mysticism, quantum theory, the music of Wagner and the paintings of Vermeer. He is a member of both the Bilderberg Group and the Club of Rome. He also serves on the Board of the New York-based Council on Foreign Relations.

The mission of the Anti-Christ, also known as Al-Masih ad-Dajjal in Islam, is to destroy the church of Jesus Christ and to gain world hegemony through deployment of fear, deceit, intimidation and ruthless cunning. He will work secretly to provoke wars while inflicting the world with strange viruses with no known cure.

His most potent weapon, will, surprisingly be religion. He will present himself as an urbane, highly cultured and liberal individual. He will befriend His Holiness the Pope; the Grand Imam of Al-Azhar; the Dalai Lama; the Archbishop of Canterbury; and the Chief Rabbi of Israel. He will convince them to form a one-world religion. Only the Ecumenical Patriarch of Constantinople and the remnant monks of Holy Mount Athos will not buy into the fraud.

A principal agenda of the Antichrist is world government underpinned by a totalitarian ideology. He is also committed to a systematic programme of eugenics and world de-population.  The secret elite belief that the optimal level of population to sustain civilisation on our planet should not be more than 1 billion. Today the world’s population is 7 billion.  It is projected to be 10 billion in 2050, of which 2 billion will be in Africa alone.

The secret elite are consumed by a murderous racism which they able to conceal with great sophistication. For decades, they have been obsessed with vaccinations in Africa, for which they have pumped humongous amounts Bill and Melinda Gates Foundation, WHO, UNICEF and the like.

What is even more sinister is that the secret elites have   They have promoted conflicts, insurgencies and bacteriological warfare in Africa; believing that we Africans are mere tenants on this glorious continent in which divine Providence has placed us. This explains the multiple afflictions our continent has endured in terms of HIV/AIDS and Ebola. We were not surprised when Melinda Gates spoke of “dead bodies lying on the streets” throughout Africa. Our God has discomfited her evil prophecies.

The global elites have been behind violent strife in Mali, Burkina Faso, Nigeria and other parts of Africa. They fomented civil war in the Congo, leading to the death of more than 3 million. Through satellite technology, they can detect where rare minerals are lodged and they sponsor rebels to go and kill, maim and rape; preparing the way for the vultures and hyenas to move in. They know more about Boko Haram and the murderous Fulani herdsmen than they are prepared to let out. Their silence in the face of genocide speaks volumes.

They aim to destroy the very concept of statehood on our continent while using their global agencies to keep us impoverished. They have held our continent in chains for 400 years.

They have even erased history from our school curriculum. We thus have a new generation that do not know our past, let alone make a sense of our present or plan for the future.  Our young people today do not know that the ancient Egyptians were Africans and that we were the first teachers of the human race in fields as diverse as mathematics, medicine, philosophy and architecture. They do not know of Songhay, Meroe or Kush. Our youths have been reduced to being drug heads and addicts of European league football.

Their ultimate grand strategy is world mastery. They want to create a world government, with a single currency and anchored on groupthink, mind control and an Orwellian surveillance system based on forced vaccination and digital implants.

The current pandemic provides an opportune moment for the global elites to control the world population through a lockdown that will drive mass publics into despair and hopelessness. If care is not taken, the current crisis could lead to a global economic depression. Such catastrophes often portend violent upheavals that in turn will fuel extremist ideologies. These in turn could destabilize the global equilibrium, leading to full-scale global war. Paralysed with fear and trembling, men will look for a “Saviour” to deliver them from the cauldron. And then the Man of Sin will appear.

The only duty of watchmen such as myself is to read the signs of the times and to warn our people that eternal vigilance is always the ultimate price of liberty.

Banking and the prudential burden of a pandemic

Banking and the prudential burden of a pandemic