The bequest of the Catholic Church and other COVID-19 stories 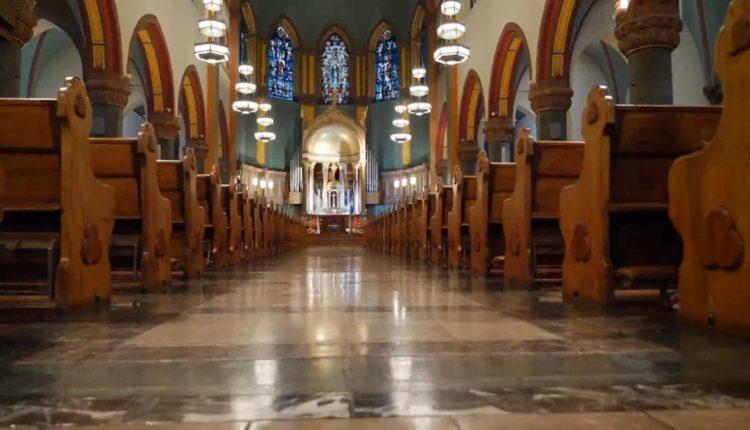 The Nigerian arm of the world’s biggest charitable organisation rose for the count recently when the Catholic Bishops’ Conference of Nigeria donated 425 hospitals and clinics to the Presidential Task Force on COVID-19 for use as isolation and treatment centres. The bequest of the Catholic Church in Nigeria aligns with a history of two millennia of charitable acts by the Church. It is one of the positive narratives of these COVID-19 times in Nigeria.

Boss Mustapha, Chairman of the PTFCovid19 and Secretary to the Federal Government, received Bishop Ignatius Kaigama and his team that visited to hand over the assets to the government formally. Now we speak of real “assets” from the hard work and benevolence of members and their church leadership, not the type the Minister of Justice ascribed to a felon.

Mustapha thanked the Bishop’s Conference for the donation. A report noted that “The SGF particularly commended the Conference for the donation in view of the spread of the health facilities which are found in several locations across the country and would provide the required assistance to various state governments to leverage on”. At the daily media briefing later, the PTFCovid19 Chairman directed the attention of state governors to the catholic endowment.

“As part of efforts to support the states in the establishment of the isolation and treatment centres, I wish to remind our governors that the Catholic Bishops Conference has volunteered all the 425 hospitals and clinics nationwide for adaptation and use as isolation centres,” Mustapha said. “Governors are encouraged to please approach Catholic Bishops in their states to access these facilities.

“As a further cost-effective measure, I also wish to remind sub-national authorities that the Nigeria Institute of Architects has pledged the pro bono services of their members to modify, design and supervise all COVID-19 related projects nationwide. Again, we urge that this offer be taken up speedily.”

Pastor Tunde Bakare, General Overseer of The Citadel Global Community Church, formerly known as Latter Rain Assembly, keyed into the spirit of charitable giving. He tweeted, “The CGCC is offering the LASG parts of our current Church facilities at Akilo Road, Ogba, to be used as an isolation centre for Covid-19 cases. The CGCC Medical Missions will onboard LASG officials to ensure the best utilisation of this space #Thread #MyBrothersKeeper”.  Bakare’s Church also offered facilities in Ogun State to the Ogun State government.

ThisDay Media and Technology Group then led some donors to gift PTFCovid19 a 267-bed isolation centre as well as a 90-room hotel in Abuja.

The gift of the Catholic Church is a message for these times. We must do all that we can to look after each other. It flows from the foundation of Catholic spiritual teaching that incorporates spreading the gospel and Catholic social teaching on support for the sick, the poor and the afflicted through the corporal and spiritual works of mercy. Not surprisingly, “the Catholic Church is the largest non-governmental provider of education and medical services in the world”.

The gift of the Catholic Church is a message for these times. We must do all that we can to look after each other. It flows from the foundation of Catholic spiritual teaching that incorporates spreading the gospel and Catholic social teaching on support for the sick, the poor and the afflicted through the corporal and spiritual works of mercy

The Catholic Church uses “the strategy of non-coercive power” in its developmental work. One account credit it with running 5, 500 hospitals, 18, 000 clinics, and 16, 000 homes for the elderly and those with special needs. Sixty-six per cent of these facilities are in underdeveloped and developing countries. “The Church, adhering to the mandate of Jesus… during her history, which has lasted two millennia, has always attended to the sick and the suffering,” reported the Pontifical Council for the Pastoral Care of Health Care Workers in 2013.

PTFCovid19 must soon account for the assistance and donations in kind and cash that it has received thus far in the name of the people. Recall that the body sought to commandeer hotel and other facilities to create isolation centres. Now it is getting such facilities from donors. It will enhance its credibility if PTFCovid19 incorporates accountability reporting into its regular briefings. Such reporting would entail medical, social and financial information. Who gave it what? What is the value of what it has received in monetary or other terms? How is it deploying the gifts?

PTFCovid19 has issued a benchmark of 3000 hospital beds in each state as the goal for which State Governments should aim. I add that while doing so, the states should ensure that they put down at least one standing hospital. They may call it Covid19 Hospital afterwards. The lesson of these times is that we should seize the opportunity to deliver value in sustainable projects of outstanding value.

Madagascar invoiced Nigeria N78.2 million for its COVID-Organic herbal remedy. The charge repudiates claims that it was a donation. It continues to raise queries.

PTFCovid19 stated as one of its objectives at the inauguration on 17 March that it would “lay a foundation for scientific and medical research to address all emerging infectious diseases.” Instead of acting on this potentially rewarding objective, Boss Mustapha soon spoke about getting the untested drug from Madagascar. We did not order a sample. First, a consignment of COVID-Organics has landed in Nigeria. Now the federal government has remembered testing and ascertaining the appropriateness of the drug.

Meanwhile the Madagascans have the African Union behind them in levying invoices on countries such as Nigeria that leap before looking. If we could order untested medication from Madagascar, what prevents us from ordering from Pax Herbal in Ewu, Edo State with a proper laboratory and manufacturing facility? When will our local herbs get N78 million attention?

FG asks businesses, schools, others to adopt new strategies ahead of reopening