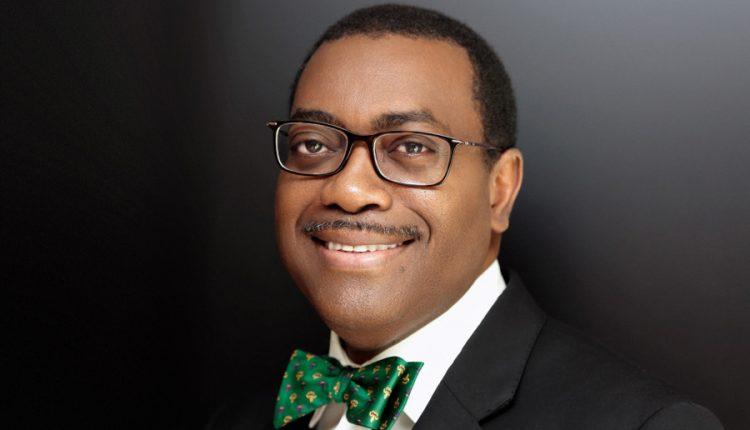 Supporting the AfDB is good business for the United States.

It was my honor to be nominated by President Reagan to serve as the first U.S. Executive Director of the African Development Bank from 1983-85. In the intervening years since then, the U.S. has played a leadership role as the Bank’s largest non-regional (non-African) shareholder, and the second-largest overall.

Since taking office in 2015, the current and 8th President of the Bank, the U.S. trained and globally renowned Akinwumi Adesina rapidly restructured the bank and refined its focus through a High 5 strategy that has directly impacted the lives of millions of Africans. This has been through strategic investments in energy and electricity, agriculture technologies that significantly improve food security, access to private sector finance, improved transport infrastructure, and water and sanitation.

In 2019, with U.S. support, the African Development Bank’s shareholders approved a General Capital Increase of $115 billion, the largest in the Bank’s 56-year history.

The increase more than doubled capital from $93 billion to $208 billion. Also, in 2019, the Bank’s concessional window, the African Development Fund (ADF), received a 35% replenishment with donor contributions. U.S. shares of $499,695,200 represent 7.81% of total subscriptions are a critically needed resource for Low Income Countries (LICs) and transition States.

Ultimately, supporting Africa’s private sector is critical for social and economic development. In 2018, Adesina led an unprecedented effort to attract global investments into Africa through the inaugural Africa Investment Forum, which mobilized $78.8 billion in investment interests between 2018 and 2019. At the 2019 event, the United States’ International Development Finance Corporation (DFC) signed a $5 billion facility agreement with the African Development Bank. The U.S. Treasury and State Department’s support has certainly led to a greater understanding of Africa’s dynamic investment landscape for American businesses.

Adesina has astutely led the Bank’s bold and decisive COVID19 response with the announcement of a $10 billion COVID-19 Response Facility to cushion economic and social impacts of the pandemic on the continent. This is in addition to the successful launch of an oversubscribed $3 billion Fight COVID19 social bond on the London Stock Exchange, making the largest US dollar denominated social bond ever in world history.

The Bank’s 2019 innovative Desert to Power initiative will develop 10,000 Megawatts of solar power across 11 countries in the Sahel region and provide electricity for 250 million people. When completed, the $20 billion investment will be the world’s largest solar zone.

Adesina’s groundbreaking Affirmative Action for Women in Africa (AFAWA), launched at the 2019 G7 Summit in Biarritz, France and at the Global Gender Summit in Rwanda, has received strong support from President Macron, the G7 leaders ($251 million), African Presidents, and an additional $61.8 million from
Ivanka Trump’s Women Entrepreneurs Finance Initiative (WeFi). AFAWA will leverage $3 billion in financing for women businesses in Africa.

While there have been concerns in some circles about China’s role in Africa, American enterprise thrives on competition and is poised to play a more influential economic role in the years ahead. Recognizing America’s pivotal role at the AfDB and other multi-lateral development banks is crucial for the global economy.

Recently, in conformity with the governance rules and procedures of the Board’s Ethics Committee, the Bank cleared Adesina of wrongdoing stemming from several allegations levelled against. This is a boost for the bank and the continent.

It is an acknowledged fact that Akinwumi Adesina is a global player of impeccable character who has helped mobilize billions of dollars into Africa and helped accelerate the continent’s development. It is why the executive committee of the Africa Union, speaking for 55 African countries, unanimously endorsed him as the sole candidate for re-election to a second term. This is vital for Africa’s continued economic growth, infrastructure and investment.

It is traditional at multilateral development institutions that sole candidates be reelected by acclamation. Therefore, Mr. Secretary, the people of America implore you to use your good offices to continue to support Africa, the African Development Bank, and President Adesina in his bid for re-election; and that you walk in lockstep with African Governors and Finance Ministers.

Thanking you in advance for your consideration,

Editor’s note: This article was originally a letter addressed to the United States Secretary of the Treasury, Steven Mnuchin by Ambassador Harold E. Doley, Jr to solicit the support of Trump’s administration for Akinwumi Adesina.

Harold E. Doley is the first ever U.S. Representative to the AfDB. He  is an investment banker and founder of the oldest African American owned investment-banking firm in the United States

LaLiga sets official matchday schedule for the return of football