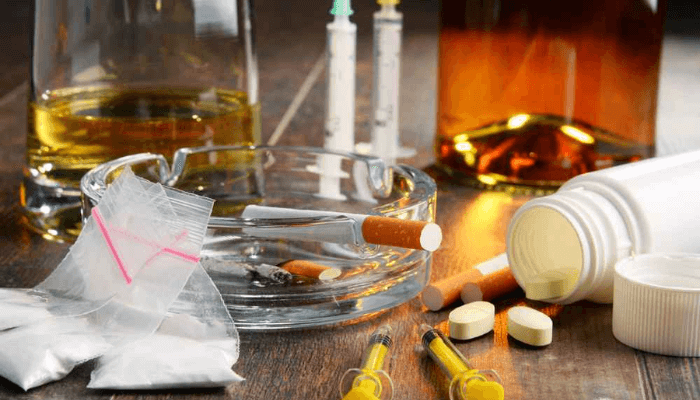 Substance abuse has remained a thorny public health and social problem worldwide, with sub-Saharan Africa contributing significantly to the global burden. Sub-Saharan Africa (SSA) has a long history of substance abuse, and despite efforts to stem its tide on the continent, there has been a consistent rise in the use of psychoactive substances, particularly among adolescents and youths.

New research suggests that the number of drug users in SSA is expected to increase by nearly 150% by 2050. This will not only create additional issues around law enforcement and criminal justice in many African countries, but it will also place public health systems on the continent under enormous stress.

What is substance abuse?

The World Health Organization defines substance abuse as the harmful or hazardous use of psychoactive substances, including alcohol and illicit drugs, and substance use disorder as a pattern of symptoms resulting from the use of drugs, despite the obvious problems associated with using them. Substance abuse is not just about illegal drugs! Using pain medications and other legal substances the wrong way can also result in harmful health consequences.

Commonly abused substances include alcohol, marijuana, cocaine, opiates such as heroin, hallucinogens like phencyclidine (PCP), and prescription and over-the-counter medications such as cough and cold medicines containing dextromethorphan. Repeated use of these drugs can cause changes to the brain and lead to drug addiction, with lasting negative health, social and economic consequences on individuals, families and society.

Drivers of substance abuse in Africa

There are several factors driving the surge in illicit drug use in Africa. The African population is largely young, increasingly affluent, and rapidly urbanising – all factors that elevate the probability that an individual will decide to use illicit substances.

The continent is also plagued with high levels of poverty and inequality, which creates additional stress factors that increase the likelihood of engaging in substance abuse. In communities and slums where the surrounding infrastructure of local services is splintered and poorly resourced, drug supply and use often thrive as an alternative source of quick money.

Research also suggests that the actual substance that people experiment with is highly elastic and influenced by several factors, like availability, popularity, and relative cost. Thus, the regular advertising of alcohol and pain relief drugs on television, particularly at peak hours, and the ready availability of alcohol and tobacco in several retail outlets, kiosks, parks and on roadsides, contribute significantly to increasing substance abuse in Africa.

The public health impact of substance abuse in Africa

The harmful consequences of substance abuse include increased morbidity and mortality from overdose and from other directly or indirectly associated harms such as the increased risk of infection with blood-borne viruses (HIV, hepatitis B and hepatitis C). Thus, substance abuse contributes significantly to the burden of communicable and non-communicable diseases (NCDs), in Africa, with tobacco use and the harmful use of alcohol being major risk factors for NCDs.

Mental disorders such as high levels of depression and anxiety disorders, antisocial and other personality disorders, are also common in drug misuse populations. Substance use disorders complicated by other comorbid mental disorders are more likely to be chronic and disabling, and result in greater service utilisation.

In Africa, many countries are already experiencing a ‘double burden’ of disease, characterised by high rates of communicable and non-communicable diseases. Adding a sudden and potentially unexpected influx of problem drug users into a health system already struggling to provide basic services like vaccinations or maternal and child care could be a recipe for disaster.

• Strengthening capacity of health systems: Embedding prevention, treatment, and recovery services into the healthcare delivery system in Africa will greatly improve the outcome of substance abusers. This includes preventive health programmes like clean needle exchanges and educational programmes on the dangers of drug use, particularly for those who are vulnerable and may be susceptible to substance misuse.

The rise in substance abuse with its corresponding consequences is a public health emergency in Africa. Concerted efforts are therefore urgently required for implementing well-targeted cross-disciplinary interventions to tackle this menace across the continent.