Strategic transport infrastructure in the era of trade politics 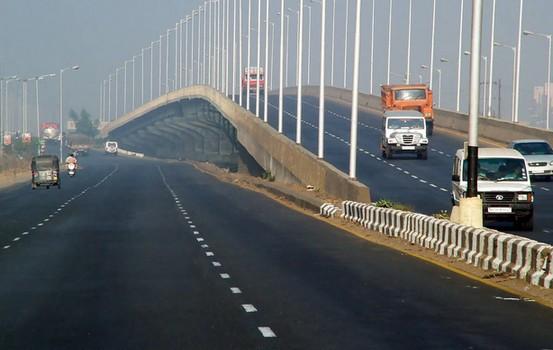 Objectively speaking, one of the most challenging places to do business in Africa over the last two decades has been Zimbabwe, for reasons that are already widely reported. However, amidst the political chaos and macroeconomic dysfunction, one of the more remarkable observations of any infrequent visitor to the country will be the relatively functional state of major connecting roads. Zimbabwe is an inland entrepot, a geographically important transhipment country for its equally landlocked northern sister-country, Zambia (as well as the inland parts of other neighbouring countries). Trade goods to and from locations as far north as the Democratic Republic of Congo rely on the excellent connecting roads in Zimbabwe for communication with the most important ports in southern Africa.

This critical infrastructure was deliberately designed and built-out over the years, and (even through great adversity) has managed to remain in a sufficient state of maintenance to support transit trade flows through the country. Indeed, in the most recent annual Global Competitiveness Report published by the World Economic Forum (WEF), Zimbabwe is still rated 39 out of 141 countries globally for road connectivity, its highest such ranking of any other condition measured by that report. Various factors have been responsible over the years for this incongruent state of affairs (well-connected and relatively functional commercial road infrastructure, in an economy that has been in turmoil for several decades, and arguably comatose for at least the last one). Not the least of these factors has been clever governance arrangements for road development, funding and maintenance, rendering them somewhat insulated from the broader economic and political crisis. This approach to road funding and management is a highly recommended strategic one for African countries to follow (and is indeed increasingly common), but this is not the subject for today’s piece.

With the commencement of the tortuous journey towards creating an African Continental Free Trade Area (AfCTA), the important question of relative trade competitiveness between African countries has become a very welcome one for regular commentary. All of this commentary is occurring within a turbulent global environment dominated by questions of trade, politics and protectionism between the largest economies in the world. The respective roles (in this era of trade politics) of tariffs, taxation, intellectual property rights, technological innovation, talent migration, rule of law, human rights, manufacturing value chains, subsidies, and even (now topical in Nigeria) border closures have are all being debated extensively.

In Nigeria, perhaps one area that has not been discussed often enough is the importance of transport infrastructure to trade competitiveness in the emerging African environment. Nigeria has already been aware (for decades perhaps) that one major consequence of poor and uncompetitive transport connection infrastructure is the migration of trade flows to alternative corridors. Quite apart from arbitrage opportunities created by import restrictions and exchange rate policy, alternative freight corridors have evolved because the vast hinterland of Africa’s largest economy is clearly under-served by appropriate seaport, railway and commercial highway linkages. With a larger, zero tariff trade coalition now evolving outside of its physical land borders, the commercial implications of uncompetitive connecting infrastructure for Nigeria’s economic development are quite dire. Simply speaking, it will become impossible for Nigeria to control its own fate in the future, if critical economic infrastructure is not brought quickly up to competitive levels (to take one grim example: the same WEF report mentioned earlier ranks Nigeria 63rd in the area of road connections, 24 places below Zimbabwe).

Thankfully, it is not too late to correct course; and Nigeria either possesses already or can easily attract the needed expertise and capital for a new direction. Specifically, the very happy recent conclusion (after nearly a decade in development) of the financing agreements for a new deep seaport on the eastern coast of Lagos is very important. It will be the first addition of brand-new vessel handling and freight storage capacity to the entirely clogged coast in decades. But it needs to be followed hand-in-hand with an ambitious program of inland highway development for effective ingress and egress; particularly across the under-developed eastern segment of the Lagos lagoon and towards new and existing trade corridors in the hinterland. One personal favourite idea of mine (albeit probably too ambitious) is a new 120km road and bridge from the periphery of the new port (and Refinery) area, across the Eastern lagoon to connect with the main existing arteries into the rest of the country.

The still inexplicable absence of rail connectivity between the existing ports at Apapa and inland storage depots also remains to be resolved. More important than grand ideas (of which there is no shortage), is the implementation of a self-sustaining system of road and port development, financing and maintenance in Nigeria. This would be a transparently governed arrangement which extricates an independent stream of cash flows from user-payments via port fees, road tolls, border levies and fuel taxes, to be applied (along with private sector and capital markets financing) towards critical transport projects, on a multi-year planning basis. This is similar to the method that has been applied successfully elsewhere in Africa and particularly in Zimbabwe (where it is still imperfect and needs improvement).

It is already clear that trade competition is going to deepen within and into Africa over the next few decades (the global direction is already set, and policy makers in most countries are beginning to think about fall-outs and implications). Along with the myriad other important governance and infrastructure conditions, superior quality transport connectivity will remain a critical competitive advantage. Multiple long-term financing options for strategic infrastructure deployment and maintenance in Africa clearly exist, but they do require carefully thought-out and implemented solutions. Beyond the now ubiquitous Chinese financing sources of funding for ports, roads and bridges (assets for which the Africa Finance Corporation is one the leading private investors in Africa), multiple other strategic paths are available to the best-prepared countries and projects.

Review of the exclusive list: An imperative for Nigeria’s sustainable development

Butterflies are no birds

COVID-19 has reiterated how lack of imagination is Nigeria’s…