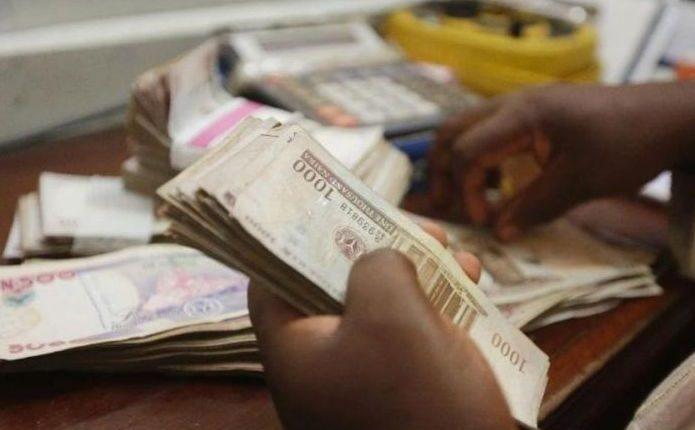 It is so easy to be distracted from one’s trajectory, especially when one is in an environment dominated by distracted or downright confused people or entities. Even governments get disoriented when self-seeking praise-singing renteers flood its corridors and dish out falsehood, intended for self-aggrandizement, as wisdom.

Examples are not far-fetched. There have been governments headed by people regarded widely as forthright but they end up as disasters for the people, due to the activities of people around them. We have also seen people who are largely regarded as epitome of high integrity run entities that turn out to be cesspits of corruption. It is therefore important that we take the environment into consideration because it often plays an important role in shaping the outcome of events.

As the operating environment in Nigeria continues to worsen, at least for microfinance institutions and access to finance becomes more and more difficult for the most vulnerable and poorest of the poor active citizens, microfinance providers need to rethink their role in the whole idea of poverty reduction.

Although microfinance has been around since the 1970s, many still do not clearly understand its role in the economy. There are still some blind spots, or knowledge gaps, regarding its mission, strategies and tactics for accomplishing its goals. To a large extent, microfinance still conveys the picture of microcredit, even to some operators, and that could be a major drawback to the pursuit of real microfinance.

All that some operators do is book small loans for small businesses and they raise a banner of microfinance institution. There is more to it. We now need to also bother about how these small loans are booked and how they are delivered to the clients. Microfinance service providers need to open up their minds more widely to embrace the flood of technology racing towards them as Fintech transforms financing activity around the world.

Microfinance is an agent for financial inclusion and the Nigerian government, and indeed many others around the world, has made financial inclusion one of its main economic priorities. To be an effective part of this plan, microfinance institutions must first focus, not on the making of loans but on how technically equipped they are. Fintech is going to make life both simple and difficult for operators, and how you are hit depends on what you are doing right now.

This is the time to train as much as possible, and learn all you can in the technology field. The influence of financial technology (Fintech), “which is simply any company that provides financial services through software or other technology, and includes anything from mobile payment apps to cryptocurrency”, is a growing one. It is ripping through the world of financial services like a hurricane, in a very exciting manner, enabling so much capacity on the part of users. It would eventually be the power behind certain financial services enablers like credit scoring and the determination of what products are needed by different categories of people in the market.

Although still in its early stages in our environment, Fintech promises to change the face of microfinance. It will take business away from operators while arming them to more powerfully and effectively deliver their services. “The exciting development from Fintech will be the use of credit scoring algorithms based on social media footprints for lending to small-and medium-size businesses”. Microfinance is about reaching the poorest of the poor with financial and other enabling resources It is about reaching the “missing middle” – those entrepreneurs, no matter how small, who are employing other people but can’t get access to finance because of their inability to prove their qualification to financiers.

Evidently, considerable disorder has happened on the microfinance industry, and for the most part, due to no fault of the operators. For one, the failure of government to protect the citizens of Nigeria has heightened in the last few years, making nonsense of the poverty reduction efforts of both the government and institutions like those in microfinancing. The arrival of commercial microfinance by for-profit institutions seems to have diminished the social function of operators, shifting focus to those already served but away from the unbanked and undeserved.

There is need therefore for microfinance institutions to assume their real role as partners with the members of society at the bottom of the pyramid. There is need also for operators to return to model-driven microfinancing. In that regard, operators must decide whom they want to serve, which by regulation, are the active poor. They also have to decide on the method by which such financing shall be delivered.

Successful microfinance is built around the ability to lend effectively without collateral but is not to say that collateral lending is not possible in the industry. With the introduction of the collateral registry, there is more capacity on the part of borrowers to secure their loans with movable chattels and increased incentive for lenders to do more. Indeed, it is illegal to lend an amount above N50,000 without securing it.

The idea here is to focus operators on the active poor and encourage small loans. This is a faster route to financial democracy than large loans. It also helps to bring in the women who dominate the poverty clan. Usually, wherever you find poor men you can be sure there are poorer women behind them. This is why in microfinance; women seem to be the ubiquitous element of concern. Many very successful microfinance programmes totally exclude small and medium enterprises from their clientele. They have interest only in microenterprises. That is my favourite model.

A failure of change management

Nigeria’s economy and the symptoms of coronavirus

Nigeria’s economy and the symptoms of coronavirus

The effects of Coronavirus on the restaurant business in…