Religion is the opium of the people 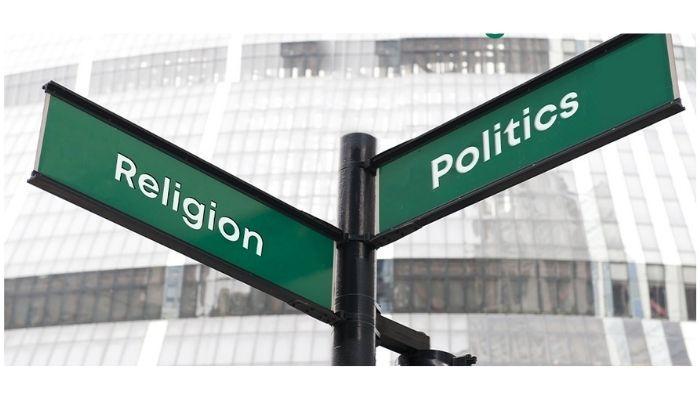 Religion is the opium of the people…I used to think yeah right-turning up my nose because my worship space since I was a little girl until now has not tried to manipulate me, brainwash me, tell me my mother is my problem or kept me fasting for 30 days, even when I look like I have no more water left in me.

But these days men of God manipulate and hypnotise their congregation. Many people have suffered mental stress because of what their religious leaders have told them.

I first heard this saying when I was 17 years pursuing my A levels. I was a student of the former Minister of Agriculture and a former Minister of Communications, Chief Audu Ogbeh. But it took me a year or two to take it seriously. I began to read Karl Marx, writer of the famous saying, who believed that religion is used to keep the people down.

Remember Reverend Jim Jones in Guyana. He killed most of his followers with cyanide laced with black currant drink. They literally committed suicide because they believed him

I read him voraciously and read with great aplomb. I dived into the communist manifesto by Fredrich Engels and Karl Marx. I landed in ABU Zaria where I met Marxist Lenninists, and other positive disrupters like Dr Bala Usman and Dr Patrick Wilmot. I also read How Europe Underdeveloped Africa by Walter Rodney. My mind was opening and I was in the productive team for Sizwe Bansi is dead, and was involved in a play revolving around the Soweto Massacres.

My mind was now fairly steady in knowledge, on issues of injustice and I was exposed to several levels of unkindness in the society meted out by family members and in a lot of cases, religious leaders.

Today we face a more challenging and complex world. People are looking for lilies from emotional and physical stress. People are searching for the next peaceful thing. Most people turn to family. Others turn to faith. While religion is expected to provide some soothing balm and hope, and while it actually provides these for a lot of people, for others, religion takes their lives, twists it and destroys it. The question to ask of some of these incidents is whether these organisations are of religious organisations or cults.

The difficulty is convincing the followers not to follow. They have been psychologically tuned and their Pastors not only have the gift of the garb but the expert art of manipulation. All religious organisations who use unorthodox ways to address their followers. The law should move expeditiously and make examples of fake Pastors and Imams, fake traditional adherents and leaders who take advantage of vulnerable persons.

And so last week, I woke up to news of two Pastors in Akure, Ondo State of Nigeria, who had kept 77 worshippers including 23 children in a dudgeon. The tale was so unbelievable that they were to separate themselves from family, leave work, leave school and show up to be locked up for the coming of the messiah in September.

We read of a woman who refused to follow because she felt the Pastors had left the word and were preaching their own personal ideas at variance with the teachings of the Bible. Once the Police rescued the captives, stories began to emanate. 400 level student who dropped out of school, wife advised to leave her husband, 200 level student who left school and scores of secondary school children who simply followed. Locked up in a dudgeon waiting for the messiah.

Its amazing how the mind can be twisted by these religious charlatans. Remember Reverend Jim Jones in Guyana. He killed most of his followers with cyanide laced with black currant drink. They literally committed suicide because they believed him. People are looking for who to believe. Be more vigilant with your family. People going into depression can lose their way. Even the charlatan Pastors need psychological profiling.

The world is getting more complex by the day. Any wonder Karl Max declared that religion is the opium of the people. Now I believe. Be careful what religious leader you follow. You do not want to be hypnotised as the 77 in Akure were purported. The Pastors deny. We watch. Who knows? God help us all…Amen