PMB, MNK and the Pareto Principle 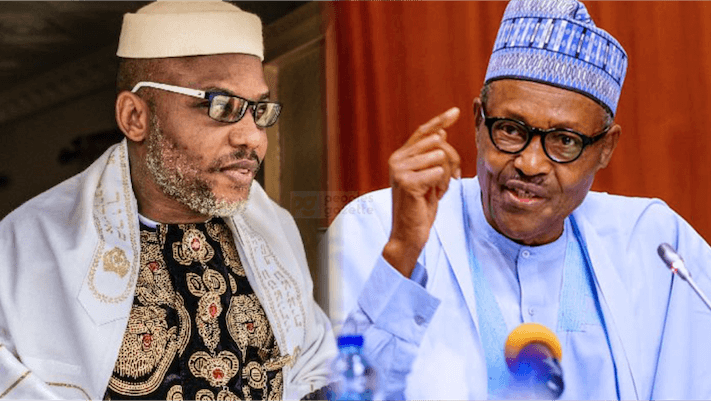 Now that we are, hopefully, through with Cubanamania, let me discuss another phenomenon from the land of the rising sun: MNK, the supreme leader of IPOBians or DOT people home and abroad. The recent arrest, kidnap or abduction of MNK from wherever, has turned Kanu and his struggles into one of the hottest issues in town. This is because of the way and manner he was brought into Nigeria (there are about 6 versions, but the Kenyan version seems to have won the day), the bait with which he was caught (women, money, fake negotiation or household betrayal), the fact that he is a British citizen and the fact that Commissioner for gutter affairs, Joe Igbokwe had a thanksgiving over his arrest.

Furthermore, the fact that some of our compatriots Like Gumi and El-Rufai have argued that he is more criminal than the bandits because the bandits are in business while MNK ‘orchestrated 60 deaths in 4 months’ including security personnel, the fact that he calls for secession and the fact that he lives a 5-Star live, travels in private jets and dresses in designer wears (Lai Mohammed) has earned him the ‘villain of the millennium’ award. This is not withstanding the fact that ISWAP has appointed a governor for some parts of Borno state with judicial and fiscal responsibilities; that some other bandits have hoisted flags in Niger state, about an hour’s drive from the rock and the fact that as I write this, bandits have just killed 13 security personnel, in Kurar Mota village in Zamfara State. They also killed two soldiers and inflicted serious injuries on seven others in Unguwar Lalle village of Sokoto State while in S/Kaduna, about 100 Atyap natives were killed and 24 villages and hundreds of hectares of farmland subjected to the scorched earth treatment and bandits just shut down a combat Airforce jet.

The way Nigeria is presently constituted and operated is not sustainable. But for now, even though I am a spirit, I am not able to say what, when and how what will happen, will happen

Furthermore, Kanu’s extradition occurred at a time when the PMB led FGN has concentrated all its effort on Kanu, the East, ESN and UGM, to the extent that any person from outer space would believe that Kanu is the only problem with Nigeria. The war against Kanu was so intense that the FGN banned Twitter (with the debilitating consequences on business and the civic space), just because of him. Other problems like our bourgeoning economic kwashiorkor, general and particularly youth unemployment, debt overhand and further obsession with debts, infrastructure decay, de-capacitation of the naira, and the mockery of democracy where there are no democrats and where party and national elections are determined by the courts and where are leaders at all levels act with incomparable imperiousness were kept in the cooler while the PMB and his kitchen cabinet had sleepless nights because of Kanu.

My colleagues have always asked me about my views on MNK and Biafra and when I tell them that I mustn’t hold views on everything, they insist that being of the East though not in the East, I should illuminate their minds on Kanu/IPOB affairs. Some ask out of genuine interest; some ask out of mischief while some ask because in the academia, you must always undertake inquests into issues, past, present or future. Well, generally, I have a tripartite perspective on this matter. Number one, Kanu, being a fellow onye-Igbo, is my brother and I cannot deny him because of the cul-de-sac that circumstances, in alliance with his antics, have pushed him into. Secondly, everybody knows why the quest for Biafra, whether ‘of the mind’ or Kanu’s brand, has become the Beetle. As Volkswagen marketers had argued years back, ‘you cannot kill the beetle! (I don’t know whether the Beetle is still alive in Nigeria).

Finally, let me repeat ad nauseam that the way Nigeria is presently constituted and operated is not sustainable. But for now, even though I am a spirit, I am not able to say what, when and how what will happen, will happen. But surely, something MUST happen and as our people would say, omehu n’izu, omee n’onwa (if it doesn’t happen in a market week, it will happen in a month).

My last major comments on and advice to, PMB and MNK, were four years ago, in October, 2017. Because the views contained in these four-year old writeups have not changed much, I wish to draw attention to some of them. In 1967 to 2017: From Police action to Egwu-Eke. (5/10/17; https://elombah.com/index.php/analysis/20806-1967-to-2017-from-police-action-to-egwu-eke-by-ik-muo), I wrote among others… ‘So, when, how and why did IPOB become a terrorist organization? By singing songs, having flags, throwing stones which they picked from the road sides or by verbal acidity? If badmouthing is an indicator of terrorism, then, Lai Mohammed, President Buhari himself, El-Rufai would have been declared terrorists long before now. If it is having flags, then there would have been more terrorist organisations than those that are not because every organization in Nigeria has a flag. Indeed, any social function in my compound at Igboukwu today is incomplete unless it is adorned by 4 flags: Umumennorfor, Ihuowelle, Ngo and Igboukwu flags. If it is by throwing stones, then most Nigerian students would have been proscribed. I threw stones during Ali–must-go and most students still throw stones, except that they are now more interested in organising awards for politicians and other money bags…Uwazurike I know; Madu I know but Kanu, I did not know until our overzealous security operatives detained him, until government ignored all the court orders concerning him and until our President went on air, in the midst of all the challenges facing Nigeria, to pontificate that the courts are wasting their time by granting him bail and that his sins have surpassed the Biblical 70×7 times and thus unpardonable. Kanu wants Biafra now and we all know why!…I agree with one commentator that secession takes a calculated mobilisation of financial, military, and political resources to achieve and I am not aware that Kanu and or IPOB has any of these.

Our people say that with proper discussions, the mat will be enough for all. I am not aware that Kanu/IPOB has discussed with our people so that the mat will conveniently contain all of us. Our people also say that only a son sent on a thieving mission by his father does so with outlandish brazenness. I am not aware that Kanu has been sent by his ‘father’ and yet he speaks and acts with unparalleled brazenness. Even if his fathers had sent him, our people still add that you have to assess the capabilities and tendencies of your people before calling on them for assistance when you cause or run into trouble. Our people also say that you don’t go after a vicious animal with bare hands. I agree that he is suffering from a redeemer complex and I also agree that standing before a moving train is not an act of bravery and as someone said the other day, it is not advisable to drink gin on an empty stomach.. I was also worried about Kanu’s ‘intolerance of dissenting opinion, sense of self-righteousness and the groupthink/herd tendency among IPOBians and at a certain point I felt that we may end up with the Ogoni scenario where everybody with contrary spirit became a vulture!

In PMB, Kanu & the tsetse fly on the scrotum (Guardian, 20/10/17) I wrote that ‘Our people say that when a tsetse fly perches on a man’s scrotum, then the man is in serious dilemma. (Don’t ask me how the deadly insect gained access to a man’s holy of holies!). This is because if you let it be, it will suck the man to death (of course, a man without his instrument of disfigurement is as good as dead). On the other hand, if you try to smash it, you will also destroy the same scrotum in the process, thereby destroying the man all the same. However, it does not mean that the man should gladly provide a furnished apartment for the tsetse fly in that delicate region of his body; he just has to adopt a high dose of wisdom, tact and carefulness in the process of evicting the unwanted guest. A tsetse fly, or what PMB sees as a tsetse fly (Kanu/IPOB) has just perched on his scrotum (the non-negotiable Nigeria which he ‘fought for’( may be alone)) and unfortunately, in his usual haste, he failed the tsetse fly test. He not only used a hammer to kill the tsetse fly, he used an iron sponge to wash off the mess and used red-hot charcoal to dry the wetness that resulted from the scrubbing! There is no other way to interpret the deployment of 15 APCs and 20 lorries to Kanu’s compound, a fellow who despite his acerbic tongue, has not fired a shot.

Now, back to the business of the day. I try to be Achebeic in my writings by avoiding BIG grammar but at times, it is good to show people that I actually went to school and that is why today, I want to discuss the Pareto Principle( also called the 80/20 rule, the law of the vital few) and how PMB has turned it upside down in his approach to our security challenges.