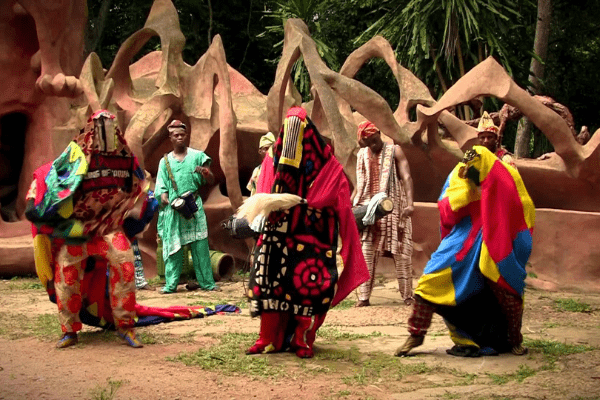 There has been a major row on Nigerian Twitter over the past few days after the news broke that the Ahmadu Bello University translated some books into the Hausa language so that students can be taught in that language. I am on the side of those who say that it is not the most necessary thing.

In Nigeria, we get too caught up in these sentimental arguments about how great our cultures were while forgetting that there is a reason that some of these habits (which became culture) were pretty bad habits, which only changed due to the arrival of our colonisers, for example, the killing of twins among the Igbo of antiquity.

The world is in a constant state of evolution, and if your culture, whatever it is, does not evolve, then it will die. Language, dances, et al, are just parts of culture, and they too have to adapt to realities, or they die. Sometimes, an old language/culture has to undergo a change, or be subsumed, so a new identity can blossom

Languages spread as a result of trade or conquest, and even then, must find something to recommend themselves to users thereafter or be discarded. A common tongue also unifies and creates a sense of common identity.

Let us examine a couple of languages.

The English language has evolved constantly for at least a couple of thousand years. From its humble beginnings as the language of the Angles, English spread around the world thanks to the exploits of the British Navy via conquest. As the language of the mighty British Empire, English became the language of global trade. The British also insisted that their colonial subjects learn their language and their culture, thus all but guaranteeing its survival. English also had absolutely no problem “assimilating” words from other languages and making them its own, gleefully stealing words from Latin, French and so on.

In the modern era, English continues to demonstrate its durability and adaptability, constantly adding new words. And these words are not just limited to technical terms, English plucks words from slang and everyday use and makes them official words. The pace of evolution is such that the English spoken as recently as 200 years ago, is dramatically different from the language spoken today. Another legacy of its colonial past is that English is able to insert itself into the languages of colonised peoples and supplant their words for even household items. In some cases, this is due to the fact that these items were not commonplace prior to colonisation, but in other instances, the original words have simply been lost.

The Benin Empire once wielded influence from the boundaries of modern-day Ghana to Igboland. The Empire traded in slaves, artwork and oil, and had a capital city that impressed European visitors. However, the Bini language never spread beyond the capital of the Empire, and the Boas never insisted that their colonial subjects learn their language. Rather, the Enogies sent to rule over colonial territories had to learn the language of the people they had been sent to govern. As such, the conquered peoples got to retain their languages and cultures, as the Empire also did not insist that its vassal subjects dress, and live as the capital did. As such, once the Empire went into decline, it was all too easy to confine the language of a once-mighty and powerful Empire to a relatively small territory. In fact, due to the failure of the Obas to spread their language and culture via conquest and trade, the Bini language is not considered one of the “major” languages in Nigeria and is today only spoken by those who originate from Benin City and its immediate environs.

Let’s get it straight, at least the three “major” ethnicities will resist efforts to impose one over the other. It is also quite clear to me that the “minor” ethnicities are increasingly aware, if not necessarily assertive, of their own past.

From my viewpoint, while I’m proud of my Igbo heritage, I recognise that unless Nigeria splinters into smaller units each dominated by a single ethnicity, we’ll have to subsume our old cultures into a Nigerian culture/identity. And in this regard, the language of our colonisers must be seen as a tool and not an impediment. As noted above, English has demonstrated its capacity to adapt and evolve over the centuries. It is rich in subtext, and is by any measure a fully-developed language, with words for just about every concept in literature, science, art and philosophy. While there are aspects of our individual tribal cultures that should be maintained, we can also not be blind to the fact that the arrival of the colonisers stopped some of our more (for lack of a better word) barbaric practices, such as the routine murder of twins referenced above.

By majoring on the minors, we’re letting Nigerian culture evolve very badly without proper guidance. For example, like it or not, officials begging for “new year gifts” or including a mark-up in pretty much every contract are now de facto Nigerian cultural traits. We constantly bemoan the lack of a “maintenance culture” and yet, allowing existing infrastructure to die in order to award inflated contracts for new infrastructure, is also very much part of whatever Nigerian culture we are developing. We say elections are not do-or-die, and yet extreme election violence is part of our democratic culture. We bemoan profiling of our youths by the police, and yet extortion is part of our police culture. Everywhere you look, we have slowly entrenched the negative aspects of almost everything, and instead of understanding how this impacts our ability to build a viable nation, economy, or anything, we choose to have fights over language.

So, let us ask ourselves, honestly, do we want a united Nigeria? Or do we want to devolve into mutually antagonistic components where we then discover that “Wi-Fi” does not have a Hausa, Igbo, Yoruba, or Bini translation?

For me, either one I’m fine with. I just want the whole nonsense mediocrity that is entrenching itself as our culture to be over and done with.

Opportunities in corona for Nigeria

Opportunities in corona for Nigeria