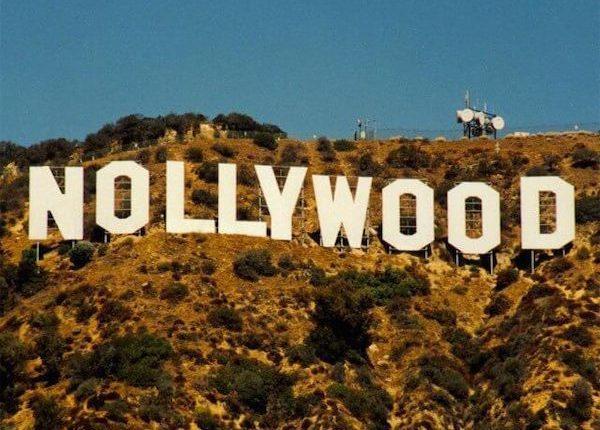 I have long been a fan of Nollywood movies. Wherever I have been in the world, once I found myself missing Nigeria, I could go to Youtube, more recently Netflix, and be instantly transported to Nigeriaverse. What’s more, I could reconnect without having to experience the everyday challenges of actually physically being in Nigeria. A wonderfully convenient arrangement.

I’ve watched the industry grow over the years, from the loosely scripted, handheld-filmed Aki and Pawpaw movies of the early 2000s to the bigger-budget “New Nollywood” flicks of the last decade. While I find many New Nollywood movies overly pretentious, too prone to cringey affectations of foreign accents and Westernness in general, in short, less real  than the older Nollywood movies, the technological developments in Nigerian filming are incredibly exciting. As are the huge strides in Nollywood scriptwriting. Last weekend, I watched two movies I absolutely loved: Isoken  and Fifty.

As someone particularly interested in writing and storytelling, I quite enjoy poking holes in movie scripts, Nollywood or any other. My wife being similar to me in this respect, whenever we watch a movie scene we find implausible, we will often complain that we can’t imagine character X saying Y in real life or that such and such aspect of the script didn’t quite tie together. But Isoken  and Fifty  were both movies we simply enjoyed watching from beginning to end. Everything clicked, everyone was brilliant. While these were hardly the first New Nollywood movies I have really enjoyed, for some reason, they got me thinking a lot about Nigeria and the Nigerian potential for excellence.

Read also: Coronavirus: Many cases in  sight from Nollywood

It is commonplace to hear complaints about the “anyhow” manner in which many things are done in Nigeria. It is often argued, especially by older generations, that today’s Nigeria lacks a culture of excellence and embraces mediocrity. While it is not too difficult to find evidence of this, those two movies reminded me of the incredible spirit of excellence that is still very much alive in the same society. They reminded me of the Nigerian capacity to get things just right.

In the first twenty years of this century, Nollywood movies have gone from being haphazard, often sub-quality affairs to repeated instances of beautifully orchestrated world-class products. Meanwhile, Nigeria as a whole has failed to develop in this direction during the same period. Why? Perhaps one major reason is that Nollywood is one of the few Nigerian industries that has developed without government involvement.

Nollywood developed under staunchly free-market rules: if people liked your product, you succeeded, if not, you didn’t. No relationship to Minister X or Governor Y could force people to watch your movies. Neither did your ethnicity matter. The fact Nollywood was originally powered by mostly Igbo producers, distributors and actors elicited no furious demands for a “more federal character” in the industry. People just want to watch movies they enjoy. Wouldn’t it be great if Nigerians had the same attitude to governance they have to movies? We just want good ministers, governors and presidents, we don’t care what part of the country they’re from.

Wouldn’t it be great if Nigerians had the same attitude to governance they have to movies? We just want good ministers, governors and presidents, we don’t care what part of the country they’re from

I’m not a free-market fundamentalist, but I definitely think the uber-capitalistic nature of Nollywood’s development pathway has helped the industry’s cream rise to the top, both in its entrepreneurial and artistic spheres. Nollywood offers a glimpse into what a meritocracy could produce in Nigeria. As does the country’s other major 21st-century export success: Nigerian music. This too started out with no-budget videos and sub-quality productions.

But what has happened in the past two decades is that Nigeria’s entertainment industry has, without state involvement, built itself into a collective force to be reckoned with on a global scale. Netflix doesn’t show so many Nigerian movies because its owners like Nigerians, but because they have noticed there is a sizable international market for this particular Nigerian product.

So perhaps one lesson to be learnt from the Nollywood story is that Nigeria needs more capitalism, not less. Not the crony kind which simply entrenches the domination of those who already have capital, but the truly free-market kind which rewards hard-work, creativity and a commitment to excellence. The kind which creates an environment in which an evolution from the Aki and Pawpaw films of the early-2000s (all respect due those legends) to the Isoken’s and Fifty’s of today, is possible. Because if in the next two decades of this century, Nigeria could develop the way Nollywood has in the first two, it would undoubtedly become a more successful, pleasant and pride-provoking place to live in than today.