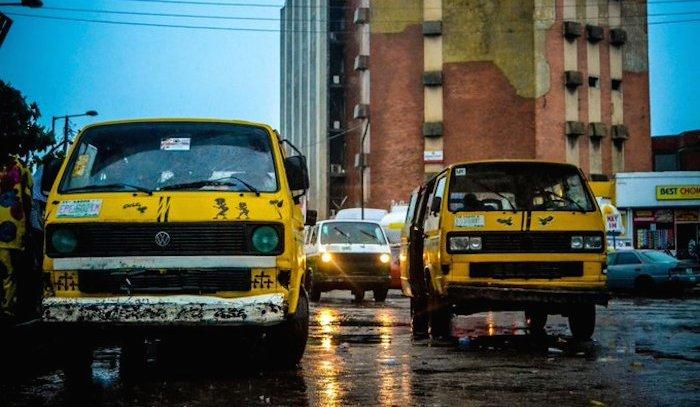 Nigeria’s transportation sector is seen as the means towards the attainment of economic growth and therefore needs to be very safe, secure, and sustainable as well as efficient.

Its economy is currently the largest in Africa with a GDP of US$443 billion (2020) as well as its population (over 200million).

The sector plays a very strategic role in the nation, and this makes the need to upgrade its infrastructure and security architecture very important to complement government efforts at building a stronger economy that can address the current economic challenges facing the nation as well as attract more foreign investment opportunities.

Unfortunately, these attacks are also being experienced in other modes within the sector (railway, road, air, and pipeline). These safety and security challenges have also extended to the road and railway subsector recently and have become a great concern.

For instance, the recent attacks on Wednesday night and Thursday (21st October,2021) morning where bandits detonated explosives on tracks serving the Abuja-Kaduna railway line left many passengers traumatised as the attackers also fired live rounds into the driver compartments.

Also, in the past a handful of attacks were also experienced in the maritime sector within the Niger Delta region especially in the sea area south of the port and oil terminals of Brass, as well as off Togo, Benin, and Cameroon where targets focused in the abduction of seafarers and theft of cash and personal belongings.

The kind of vessels targeted range from oil tankers to product tankers, bulk carriers, container ships and fishing boats to offshore support vessels, no wonder IMB worldwide in the first quarter of 2019 ranked Nigeria’s water as among the worlds’ most dangerous for merchant shipping – out of the 38 attacks recorded in 2019, 14 were off Nigeria.

It also stated that most likely other incidents in the wider Gulf of Guinea were carried out by pirates based in the Niger Delta of Nigeria – an area that has experienced civil unrest for more than a decade.

But unfortunately, the economic cost of piracy to Nigeria’s economy reached over US$818.1 million in 2017 and about US$213.7 million was spent in contracting maritime security personnel to protect vessels in the region.

While Nigeria’s inflation of 15.97% rose due to surcharges passed to final consumers of goods and services imported into the country by shippers because of spending on law enforcement and naval patrols that increased by $13.2million, however the impact of the security challenges is becoming overwhelming especially in the maritime and road sub-sector.

In addition, Nigeria’s economy has been leaking with over US$2.74 billion in the past four years due to insurance surcharges applied on Nigerian shipments because of the unsafe territorial waters.

Therefore, it is important to support government efforts at putting a stop to the menace, which is partly responsible for the high unemployment rate, poverty, lack of foreign investment opportunities etc. in our nation.

Additionally, it is also important to state that 73% of kidnappings at sea and 92% of global hostages take place around the Gulf of Guinea.

Recent findings have also shown that Nigeria’s maritime security challenges stems largely from non-military causes to elements such as high corruption, insecurity, unemployment, poverty, lack of use of modern digital technology (such as big data, analytics, tracking, drones, scanning devices, tracking systems etc) in managing the crisis as well as inefficiency of relevant government agencies in managing the challenges.

IMB PRC also stated 21 incidents were recorded around Nigeria (decreasing from 31 in the same period of 2018 – when Nigeria was ranked as the highest country for reported incidents) out of the 77 reported globally. Although it recognized that many attacks go unreported.

These negative elements have manifested into various attacks both within and outside the maritime space – such as kidnapping, increased robberies, sabotage of oil pipelines and infrastructure which are responsible for the rise in corruption, poverty, youth restiveness in the coastal areas (as they are now capitalizing on this as a means of livelihood or fight back against resource control as well as marginalization against the Federal Government of Nigeria). These challenges are affecting the growth of the sector and economy at large.

While it is important to commend the efforts by the current administration especially on the Deep Blue project implemented through a central command and control centre based in Lagos (that oversees a network of integrated assets including two special mission vessels, two specials mission long-range aircraft, seventeen fast-response vessels capable of speeds of 50 knots, three helicopters and four airborne drones) and investments in upgrading the infrastructure in our maritime space.

It is also important for the government to invest more resources in the railway and road transport sector to help improve security, attract more investments, create more employment opportunities as well as boost the growth of the sector and economy to better manage the security challenge.

Last but not the least it needs to upgrade and tailor its policies to manage these challenges by implementing the use of modern digital technology systems in driving the needed change to make transit safer, better, reduce congestion as well as leverage on digital revolution to improve the value chain. If these measures are implemented, the transport sector has the potential of achieving three times its current capacity.

World Suicide Week, World Mental Health Day, and all that

Tinubu’s “proof of life” video – a portent of terrible things

Examinations are not as serious as we take them in Nigeria