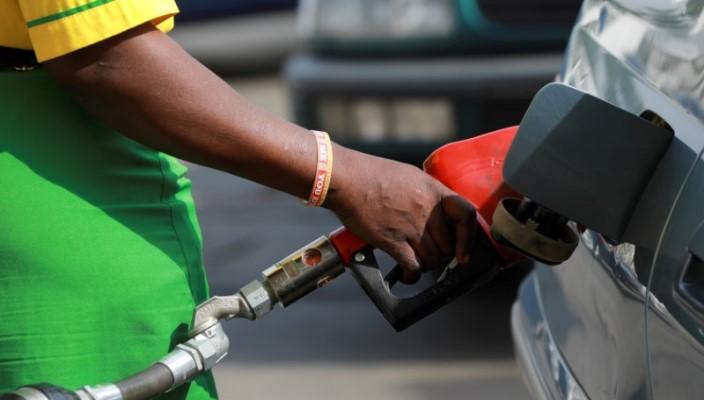 In 2012, I had a heated disagreement with my friend Jide. Back then, he was just “Jide,” a Fixed-income and Interest rates Futures trader at Schneider in London. I was an idealistic, impassioned 21-year-old fresh out of university and looking for a job. We were both keenly monitoring events back home following the launch of a protest movement called #OccupyNigeria. The focus of the protest was on President Goodluck Jonathan’s decision to remove Nigeria’s perennial consumer fuel subsidies and invest the savings in critical infrastructure.

Jide, who was by no means a supporter of President Jonathan, agreed that the subsidies must go. He said they were wasteful, corrupt, and counterproductive. I disagreed vehemently. In my fiery, impassioned reasoning, there was pretty much nothing else someone enjoyed for being a Nigerian resident, so only an insensitive, detached government would seriously even suggest such a thing. A couple of years later, with both Jide and I settled back in Nigeria, it was clear who was right after all – definitely not me.

The arguments have barely changed at all in nearly 3 decades, so it serves no point to rehash them all over again. Nigeria spends an obscene amount of money – roughly ⅓ of its annual budget as of 2019 – on fuel subsidies. To put that in perspective, Nigeria is estimated to have a $100bn annual infrastructure deficit, which is more than 3 times its federal budget. Spending a whole 30 percent + of that already anaemic federal budget on a recurrent consumer subsidy is, for lack of a more descriptive term, shambolic.

This is not news to most people who read BusinessDay, however. Most of my audience is very well aware that recurrent consumer subsidies in a $2,000 PCGDP economy that has stagnated over the past 6 years, is disaster economics. The audience knows that the much-touted 2 percent annual economic growth rate is roughly in line with Nigeria’s annual population growth rate – which means in per capita terms, Nigeria is either standing still or getting slightly poorer every year.

The Jonathan administration’s plan to get rid of this ruinous subsidy was of course, largely shot out of the air by young bright sparks like yours truly in 2012. On the street and on the internet, we loudly expressed our opposition to a policy that we only understood in the most simplistic, crass way: “high fuel price = bad, low fuel price = good.” After successfully assisting Nigeria to waste another 10 years’ worth of development revenues on a damaging, growth-retarding subsidy, people like me are at the stage people like Jide were at in 2012. But there is a problem!

…but who will bell the cat?

Maybe Occupy Nigeria was a little bit too successful. Maybe the political and commercial interests that funded and incubated Occupy Nigeria are aware of the power of the monster they unleashed. Maybe those who built political platforms and gained access to power using Occupy Nigeria have too much to lose by admitting that this movement was a huge ball of nothing filled with hot air and served with fantasies. Maybe some people who held my position in January 2012 are still so full of hubris and inertia that they will never admit that this fuel subsidy should have gone in 2012.

Maybe it is a bit of all these factors, but whatever the case may be, what is now known for a fact is that “fuel subsidy” has become a politically toxic subject in Nigeria. Nobody will go near it, regardless of how many newspaper inches are dedicated to its alleged removal every few calendar months. No one who witnessed how this one issue became the proverbial bone in President Jonathan’s throat will ever dare to repeat President Jonathan’s action – even though that is exactly what needs to be done.

The political class is not ready to come to terms with its duplicity 10 years after. The civil society ecosystem that grew out of the giant political cauldron that was Occupy Nigeria, is also not ready to admit its complicity in the huge deceit that was enacted on Nigerians and the subsequent morphing of that protest platform into what would later become the current ruling party. Even the media is afraid to call this space a shovel, and not an oversized spoon, flat-tipped manual earth moving device, or a rake.

And so where this leaves us is exactly where we are now, going into an election cycle year with the government announcing a further 18-month postponement of the planned subsidy removal – conveniently timed to coincide with when it would have become someone else’s problem in Aso Rock. More naira will be printed to fund this disastrously wasteful flight of fancy. More emergency price and capital controls will be enacted by His Supreme Benevolence Godwin Emefiele.

These days, even Jide, now “Babajide Ogunbajo, Portfolio Manager at Elixir Asset Management Partners,” no longer talks a lot about such issues anymore. He has accepted, as I probably will someday, that Nigeria is never, ever going to do things differently or try to change.

Nigeria at 62: Better late bloomer than none?

2023 presidential campaigns: The media must beware of sophists and sophistries