Nigeria is administratively over-governed, the Oronsaye report is not the solution 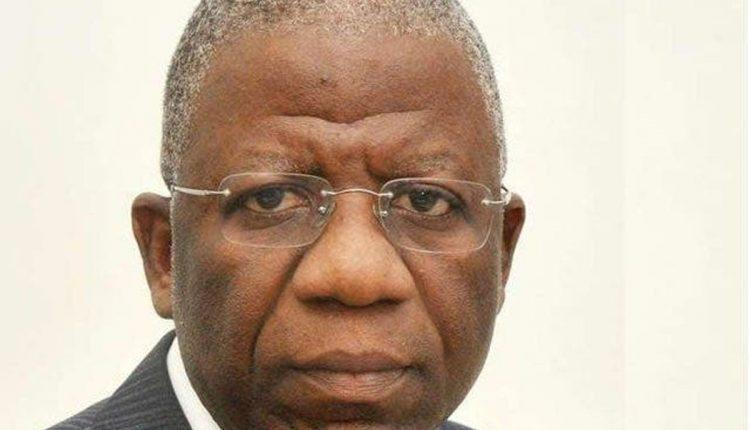 Six years after the Oronsaye report on the rationalisation of federal parastatals and agencies was submitted to his predecessor, President Muhammadu Buhari, on May 1, ordered its implementation. Later, in his June 12 Democracy Day speech, President Buhari explained why. “In the face of dwindling resources and rising cost of governance”, he said, “I have authorised that the White Paper on the Rationalisation of Government Parastatals and Agencies be reviewed for implementation”. So, economic realities have forced Buhari to turn to the report he has ignored for the past five years!

But is the Oronsaye report the panacea to Nigeria’s acute cost-of-governance problem? The answer is no! The truth is that the Stephen Oronsaye committee on the rationalisation of the federal bureaucracy, which submitted its report to President Goodluck Jonathan in 2014, should be an adjunct to the National Conference on the restructuring of Nigeria, which also submitted its report to President Jonathan in 2014. Any attempt to separate the Oronsaye report from the National Conference report misses the point, because streamlining the federal government must be seen in the context of restructuring Nigeria.

Let’s come back to the limitations of the Oronsaye report shortly. First, we must address two related issues: the credibility of Buhari’s decision to implement the report and its timeliness. There are three problems with Buhari’s sudden resort to the Oronsaye report. First, it lacks credibility; second, it’s too late; and third, it’s too little. As I said, we’ll return to the last problem. For now, let’s consider the first two: the credibility and timeliness of the decision.

Take the credibility issue first.  Is there anyone who thinks President Buhari sounds credible when he talks about the cost of governance when, in fact, he has run a very profligate government over the past five years?  Since assuming office in 2015, the Buhari administration has indulged in mind-boggling borrowing and spending sprees, taking Nigeria’s external debt from $9.7billion in 2015 to a whopping $27 billion by December 2019. The Federal Government’s debt-servicing costs ballooned to 99.2 percent of its revenues in the first quarter of this year, before COVID-19 reached Nigeria. Yet, President Buhari recently secured Senate approval for another loan of $5.5 billion!

In 2015, Buhari campaigned for president on radically cutting the cost of governance. One of his promises was to sell some of the presidential planes. But, once in government, he abandoned the promise. Nigeria still maintains, at huge running costs, 10 presidential aircraft. Recurrent expenditure was about 70 percent of Federal Government’s budget before Buhari took over in 2015; today, five years on, it’s still nearly 70 percent.

One of President Buhari’s first policy announcements on assuming office in 2015 was to bring back a national airline for Nigeria, notwithstanding that such an elephant project would be a huge drain on state resources. Over the past five years, the Buhari administration has created several commissions and agencies. In his first term, President Buhari had 36 ministers; in his second, he ratcheted the number up to 43. His party’s manifesto in last year’s presidential election promised to create 2 new government-owned banks, 6 regional industrial parks, 6 special economic zones and 109 special products and processing centres – effectively more parastatals and agencies! It’s big state writ large!

Recently, during a discussion on how COVID-19 would affect Nigeria’s economic stability, the vice president, Yemi Osinbajo, agreed with the former Emir of Kano, Muhammadu Sanusi, that the cost of governance was unsustainable.  Osinbajo said: “There is no question that we are dealing with large and expensive government.” But he blamed the current constitutional structure and federal legislators for the problem. “Those who would have to vote to reduce the size of government, especially to become part-time legislators, are the very legislators themselves”, he said, adding: “So, you can imagine that we may not get very much traction if they are asked to vote themselves, as it were, out of their current relatively decent circumstances.”

But, as a pastor, Osinbajo must know what Jesus Christ said about “first removing the plank from your own eye, before removing the speck from your brother’s eye.” Yet, the vice president ignored the beam in the executive’s eye, while focusing on the mote in the legislature’s eye. He talked about the “relatively decent circumstances” of the legislators, what about the relatively decent circumstances of those, including himself, in the presidency? What about the costs emanating from the executive that could be addressed without the legislature, such as selling off some of the presidential planes and reducing the number of non-statutory agencies? What about reining in the excessive borrowings and spending?

But even if President Buhari accepts the Oronsaye report in its entirety, the truth is that it’s not the solution to Nigeria’s cost-of-governance problem. For instance, the report estimated there were 541 federal parastatals and agencies, but a recent World Bank study identified 821 federal agencies!

But here’s the second problem. Even if there is no credibility problem with the decision to implement the Oronsaye report, it’s too late. Why now? Why not since 2015? The Oronsaye report identified 263 statutory bodies and recommended they should be reduced to 161. But even if President Buhari wants to abolish just one of them, he needs legislation to do it. Yet, he said the report should be implemented “possibly by October this year.” How? Has he secured the support of his party’s legislators in the National Assembly to push through the dissolution of statutory bodies swiftly? History tells us that once a statutory body exists and vested interests are tied to it, abolishing it would be highly politicised and resisted. It takes strong political will and public opinion to defeat such vested interests.

President Buhari should have submitted a bill to the National Assembly since 2015 to dissolve or merge statutory agencies and worked constructively with the legislators to get it passed. But he spent his first term in a gridlock with the legislature. Abolishing a statutory body won’t be a child’s play as politicking for 2023 general elections kicks in.

Now, let’s return to the main problem. Assuming that President Buhari’s decision to implement the Oronsaye report is not too late, well, it’s too little! He said the report’s “White Paper (should) be reviewed for implementation”. But if the focus is the White Paper, well, it rejected or merely “noted” about 90 percent of the recommendations. So, unless Buhari accepts the report’s full recommendations, what’s the point?

But even if President Buhari accepts the Oronsaye report in its entirety, the truth is that it’s not the solution to Nigeria’s cost-of-governance problem. For instance, the report estimated there were 541 federal parastatals and agencies, but a recent World Bank study identified 821 federal agencies!

Let’s face it, Nigeria is administratively over-governed and key shibboleths must be tackled. For instance, does Nigeria need the expensive presidential system? Does it need a bicameral or full-time federal legislature? Does it need 36 barely viable states, each of which has expensive administrative structures? But these questions and the related cost-of-governance problem cannot be addressed within the narrow scope of the Oronsaye report but within the wider context of restructuring Nigeria.

So, notwithstanding Buhari’s sudden fondness for the Oronsaye report, the solution to Nigeria’s acute cost-of-governance problem lies not in the fossilised report, but in holistically restructuring the country! That’s the way forward!