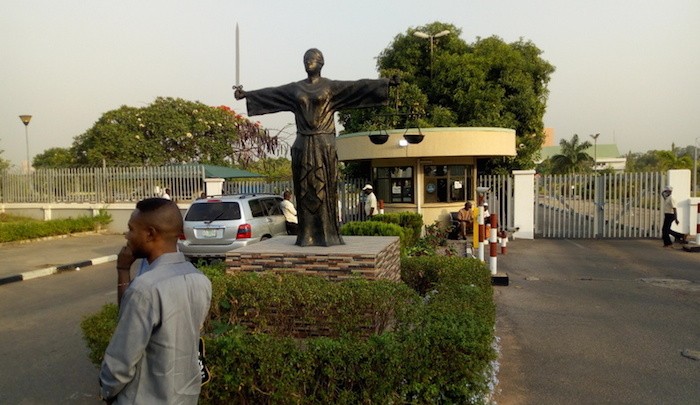 It is often said that a rain that gives sign does not take people unawares. But that appears not to be the case with the Nigerian government. They always get drenched, despite signs of heavy rain- dark clouds and threatening thunders.

Currently, three different labour associations in the country are on indefinite industrial action over unpaid salaries, allowances and inability of government to provide enabling environment for meaningful services.

Although it may be difficult to establish in financial terms, the cost of the strikes, the consequences of these sad developments are really grave on Nigeria.

Apart from the loss of patients’ lives that may result from the absence of doctors from their beats, the image of Nigeria is further being lacerated within and outside the country.

No nation that is proud of its image would allow three important associations to go on strike at the same time.

That a country that is yet to recover from the 2020 academic disruptions occasioned by the advent of the Coronavirus pandemic would allow the gates of federal polytechnics to get shut again on the basis of non-payment of salary speaks volume of the mindset of political leaders in Nigeria.

What has also happened is that the trust deficit being suffered by the current administration has dipped. And it creates an impression of a nation without true leadership.

The worse of it all is that President Muhammadu Buhari decided to embark on his journey to the United Kingdom on health reasons, at a time doctors in his country were planning to go on strike over unpaid salaries, allowances and poor facilities.

President Muhammadu Buhari, who condemned foreign medical trips by past political office holders, has suddenly became the worst culprit. His has become an administration of “do as I say, not as I do.”

Some years back when Reuben Abati left the Presidential Villa Abuja as spokesperson to President Goodluck Jonathan, he said that Aso Rock was a demonised fortress, and some people said that could probably be the reason for all the wrong decisions and anti-people policies that emanate from there.

A former governorship aspirant in Cross River State in the last general election (name withheld) said he was planning to research into why Nigerian political space appears demonised.

He strongly believes there are some negative forces that come upon people as soon as they get elected or appointed into political offices, and make them lose touch with reality.

Abraham Lincoln once said, “Nearly all men can stand adversity, but if you want to test a man’s character, give him power.”

Pat Utomi, a professor of political economy and management expert, recently referred to an article he wrote on January 13, 2018 about how power literally damages the brains of people who wield it and causes them to be dissociated from reality.

This appears to be one of the allegations the leadership of NMA is leveling against their colleagues serving in government.

Chris Ngige and Osagie Ehanire, ministers of Labour and Employment, and Health, respectively appear to have been caught in the web of being described as politicians who have lost touch with reality in the on-going doctors-FG impasse.

Both ministers are trained medical doctors, but working with the Federal Government and deciding the fate of their colleagues in the profession, but they have been described by the leadership of the Nigerian Medical Association (NMA) as “saboteurs.”

Innocent Ujah, president of the NMA, said he was disappointed in Ngige’s utterances over the impasse.

“For the minister of Labour to say to the effect that Nigerian doctors are being paid so much money, and that in America and the United Kingdom, you have to pay to do your residency, I am very disappointed,” Ujah said.

The leadership of the National Association of Resident Doctors (NARD) also accused Ngige of feeding Nigerians with falsehood as regards the ongoing strike by doctors.

But Sanusi, during a television interview Wednesday, April 7, denied the allegation, saying that the Council did everything within its powers to avoid the strike.

The House of Representatives has however, summoned the Registrar to appear before its committee on Healthcare Services, over the ongoing strike by the resident doctors.

NARD members began a nationwide strike on April 1, 2021. The doctors are those in state-run hospitals, such as Federal Medical Centres, Teaching Hospitals, among others.

The striking doctors represent about 40 percent of Nigerian doctors. Before the commencement of the strike, Uyilawa Okhuaihesunji, NARD president, had said that all efforts to get the matter sorted out had hit the rocks.

He said the NARD demands included non-payment of allowances and lack of facilities at state-run hospitals.

Out of the estimated 42,000 doctors in Nigeria, 16,000 are resident doctors (medical school graduates training as specialists).

They also demand life insurance coverage, a pay rise and payment of unsettled wages. The current strike is one of the many of such as the Nigerian government has always been found wanting in meeting with its responsibilities of taking seriously important matters.

The work stoppage is happening at a time the country is battling to contain the Coronavirus (Covid-19) pandemic.

Although the curve is flattering with the 58 new cases recorded by NCDD as of Tuesday, April 6, 2021, Nigeria is not yet out of the woods.

The doctors strike has raise the fear that it could jeopardise the ongoing Covid-19 vaccine administrating across the country, as the number of personnel needed for that exercise could be adversely affected by the industrial action.

Recall that Nigeria had recently taken delivery of 4 million doses of AstraZeneca vaccines which have since been distributed to states. Out of a population of estimated 200 million people, Nigeria has lost 2,058 to Covid-19-related complications having recorded 163,388 cases since February 2020 when the first index case of the virus was recorded.

Some observers have also expressed fears that if the impasse is not resolved quickly, it could affect the administration of the expected additional 41 million doses of a combination of Pfizer, AstraZeneca and Johnson & Johnson Covid-19 vaccines, which Faisal Shuaib, head of the National Primary Health Care Development Agency (NPHCDA), said was being expected at the end of April.

That the Federal Government waited until the doctors began the strike before disbursing salary arrears was not good enough for a government that claims to have the interest of the people at heart.

The Federal Government also was playing on the emotions of the striking doctors by reminding them of their Hypocratic Oath, the same government has since forgotten the oath it swore to protect the lives and property of citizens of Nigeria.

As indicated above, there has been finger-pointing over who did or did not do his job well, or whose actions or inactions drove the doctors to strike.

Ngige said that “The issue is about migration from GIFMIS to IPPIS. It was like the case3 of the Academic Staff Union of Universities (ASUU).”

He added that “Their (doctors) list has been compiled and submitted on Saturday (April 3) for Accountant-General of the Federation Office to start payment of the backlog of three months for the two groups.”

But critics have wondered why the appropriate ministries should wait until the doctors make good their threat before deciding to pay them.

Professor Ujah, who had read a hanky-panky dealing in the system, complained that that despite the Covid-19 war that is being prosecuted and the efforts of the doctors, the hazard allowance, which he described as ‘pittance” has not been paid since June last year.

“There was Covid-19, and doctors and other health workers went to the field to prosecute this war. The issue of hazard allowance came up and it was treated with levity, except for the intervention of the Honourable Speaker of the House of Representatives. This money that was pittance was paid for just three months and that was all. Meanwhile, people are fighting to contain the Covid-19 pandemic,” he said.

Ujah further lamented that “Since June, nobody (doctors or health workers) has received any Hazard Allowance, and this is the period of war as far as health is concerned. My statement is that the functionaries of government are very unserious.”

Could it also be that the same sabotage is also responsible in the inability of the Federal Government to abide by the letters of agreements it signed and the countless number of meetings it has held with the leadership of the Academic Staff Union of Polytechnics (ASUP)?

On Tuesday, April 6, 2021, members of ASUP began their strike over claim of unpaid salary backlogs, unfulfilled agreements, alleged ‘victimisation’, among other reasons.

The decision was taken after a series of meetings between ASUP and Federal Government delegation led by Adamu Adamu, minister of Education, could not produce any worthy outcome.

Anderson Ezeibe, president of the group, said all efforts were made on ASUP’s side to avoid the strike, but the Federal Government could not live up to the agreement.

The representatives of lecturers in the nation’s polytechnics and monotechnics had said that the industrial action could have happened before now, but for the Covid-19.

Ezeibe said lecturers in those schools decided to down tools nationwide because of the government’s failure to implement the needs assessment report of public polytechnics and colleges of education which the government carried out in 2014.

He added that since the report was completed and “a funding deficit of over N800 billion” was uncovered, “successive governments have not released a penny to bridge this funding gap.”

“You must have heard in some state universities where they are owed for 24 whole months. And we expect these lecturers to produce young men and women who will transform this nation? Certainly there is no future in that direction,” he further said, during his interview on Channels Television.

“For our members in the federal institutions, they are owed 10 months in arrears of the new minimum wage implementation – that’s since April 2019.

“In federal polytechnics, we don’t have governing councils which is already disturbing the smooth running of the polytechnics. Promotion cannot be effected because of this,” he further said.

He alleged that the government has been ‘victimising’ the union members who have joined forces with the union in its protest.

“The office of the Accountant-General of the federation is also making demands of purported tax liability of N20 billion from 20 polytechnics spanning between 2002 and 2018. The government wants to transfer this burden to the workers,” he further said.

Members of the Judiciary Staff Union of Nigeria (JUSUN) also began their strike Tuesday, saying it was to draw attention to the financial autonomy of Nigeria’s Judiciary.

Marwan Adamu, JUSUN president, said all courts and other departments would be shut until and unless the government does the needful.

The Chairman of JUSUN in Kano, Mukhtar Rabiu-Lawan, was also quoted as saying: “There is no going back. We have begun the strike and all courts within the state have been shut.”

The major bone of contention here is the non-implementation of the Executive Order 10 of 2020 which made it mandatory for all states to include the allocations of both the legislature and the judiciary in the first-line charge of their budgets in line with the provisions of the 1999 Constitution (as amended).

The Order also mandates the Accountant-General of the Federation to deduct from source amount due to the state legislatures and judiciaries from the monthly allocation to each state, in the case of states that refuse to implement the autonomy provision.”