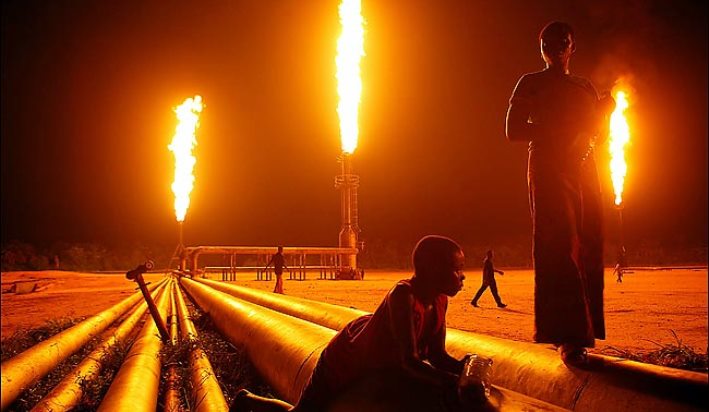 Just over a week ago, on June 25, I was a guest, virtually, of two brilliant Nigerians, each leading a respectable organisation. They are: Bankole Oloruntoba, Managing Director and Chief Executive Officer of the Nigeria Climate Innovation Centre (NCIC) and Emmanuel Etaderhi, Executive Secretary of the Financial Centre for Sustainability Lagos (FC4SLagos).

They had invited me as guest speaker on their organisations’ “Fireside Chat” programme, on which speakers are invited to discuss critical policy issues. I was invited to answer questions on Nigeria’s energy and climate change policies, drawing on my UK experience as an academic and policy adviser in both areas.

The one-hour session was hugely stimulating, and I spoke with passion. I spoke with passion for two reasons. First, apart from international trade in its wider context, energy and climate change policy is another subject on which I have extensive academic and policy experiences, having taught it as part of my economic diplomacy class at the London School of Economics, and having advised the UK Government on the policy.

But the second reason for my passion was that, as I said during the session, climate change is the greatest challenge of our time. Overall, I gave three overarching messages, namely:

1) Climate change is a global phenomenon, but Nigeria is considerably vulnerable to its effects.

2) Despite this vulnerability, Nigeria is doing very little to tackle climate change; it refuses to make the mental shift away from fossil fuels – hydrocarbons – to generating energy from renewables and other low-carbon sources.

3) If Nigeria remains a fossil fuel economy, it faces two strategic challenges: One, how would it tackle climate change? Two, how would it cope with falling global demands for fossil fuels as the rich world aggressively pursues net zero carbon policy?

Before discussing those broad issues, let’s start with the basics: What is climate change and what are its main causes? Well, climate change is about rising global temperatures and its impacts. When global temperatures rise, when there is global warming, it causes flooding, droughts, heatwaves, wildfires, melting glaciers, rising sea levels, crop failures, etc., each of which could destroy lives and livelihoods, and devastate communities.

But what causes climate change? Well, it’s mostly caused by burning fossil fuels and clearing forests, i.e., deforestation. The burning of fossil fuels and other greenhouse gases (GHG), such as methane, which comes from fossil fuel extraction, agriculture and waste, is the main cause of rising global temperatures.

A few years ago, ministers were talking about generating 30% of Nigeria’s electricity from coal; now, the talk is about gas being central to Nigeria’s energy generation. But who will fund these fossil fuel-based projects?

At the Paris Climate Conference in 2015 (COP21), countries agreed to limit global temperature to well below 2 degrees and aim for 1.5 degrees. But keeping global temperatures at 1.5 degrees requires drastically reducing greenhouse gas emissions; it requires ambitious programme of decarbonisation and energy efficiency. Put bluntly, it requires moving away from burning fossil fuels to generating power from renewables and other low-carbon sources.

Most Western countries have responded to the challenge by committing themselves to achieving net zero carbon by 2050, which requires the combination of decarbonisation, energy efficiency and carbon offsetting, such as tree planting. Under President Joe Biden, the US has prioritised climate action, including by joining the Paris climate agreement and proposing unprecedented support for clean energy. The UK has been even more radical, pledging to reduce carbon emissions by 78% 2035, reaching net zero by 2050,ending the sale of new petrol and diesel vehicles by 2030 and completely phasing out coal power by 2024, as well as banning gas power stations. The EU’s climate programme is also very ambitious.

But it’s not just the developed countries that are decarbonising their economies and moving into renewables; many developing countries are doing so too. For instance, Kenya, Chile and Costa Rica set a target of 100% renewable energy generation and have nearly achieved it. Ghana is moving at pace towards renewable energy. Even China that is utterly coal-dependent has set a net zero target. Indeed, around 70% of the world economy is now covered by net zero targets, up from less than 30% a few years ago.

All of which brings us back to Nigeria. Truth is, as I said during the “Fireside chat”, Nigeria is playing lip service to tackling climate change. Over five years ago, in a column titled “On the global climate deal and Nigeria’s pledged actions” (BusinessDay, December 21, 2015), I wrote that Nigeria’s leaders prioritised attending the Paris Climate Conference, with all the razzmatazz, to making any serious commitment on tackling climate change. Nigeria was one of the last two countries to submit their Nationally Determined Contributions (NDCs), which set out how much a country would reduce their emissions. In fact, Nigeria’s NDC wasn’t formally registered at the UN until May 16, 2017, when it ratified the Paris Agreement.

And what was Nigeria’s climate pledge? Well, Nigeria pledged to reduce its greenhouse gas emissions unconditionally by 20% by 2030; and by 45% if it received international support. Nigeria pledged to reduce its emissions principally by ramping up the rollout of solar energy production, improving energy efficiency and ending gas flaring. Surely, pledging 20% unconditional GHG emission reduction wasn’t ambitious, but what even happened to that pledge? Well, hardly any progress!

Take gas flaring. According to a report by Daisy Dunne for the UK-based organisation called Carbon Brief, an estimated 7.4bn cubic feet of gas was flared in Nigeria in 2018. What about the solar pledge? Well, Nigeria’s first NDC says it would install 13,000 MW of solar power. But, to date, solar has made virtually no contribution to Nigeria’s energy generation. The result of the failure of climate mitigation is that, according to the International Energy Agency (IEA), GHG emissions from fossil fuel production and use in Nigeria increased by 16% since 2015.In other words, GHG emissions didn’t go down but went up!

Against the backdrop of the broken climate pledge in its first NDC, Nigeria submitted an “interim updated” NDC on May 27, 2021. In its new pledge, Nigeria maintains its original targets of 20% unconditional emission reduction and 45% unconditional reduction, but nearly halved the original baseline projections, making the potential impacts of the targets seem significant. It pledges to improve electricity grid; increase the use of buses rather than cars; eliminate kerosine lighting by 2030; and reduce crop residues burnt by 50% by 2030.

I was asked during the “Fireside Chat” whether these new commitments were ambitious enough. Well, my answer was an emphatic NO! To me, the new measures are still tinkering around the edges of the problem rather than tackling it at the core. Energy consumption accounts for 60% of GHG emissions and that’s rising. You don’t tackle that without moving away from fossil fuels, including through withdrawal of subsidies on fossil fuels.

Truth is, Nigeria refuses to make the mental shift away from fossil fuel dependency. A few years ago, ministers were talking about generating 30% of Nigeria’s electricity from coal; now, the talk is about gas being central to Nigeria’s energy generation. But who will fund these fossil fuel-based projects?

The vice president, Professor Yemi Osinbajo, is agitated about the reality of the West’s defunding of hydrocarbon projects and wants the Forum of Gas Exporting Countries (GEC) to block any consensus on defunding at the 26th UN Climate Conference (COP26) in Glasgow, UK, in November. But that won’t stop the G7 wealthy countries from keeping their recent pledge to stop funding fossil fuel-based projects overseas.

Nigeria faces strategic challenges. If it remains a fossil fuel economy, it won’t tackle climate change; won’t attract foreign investors into its hydrocarbon industries; and would face falling demands for its fossil fuels.

Truth is, Nigeria must prepare for a post-fossil fuel economy; it cannot be a hydrocarbon-driven economy amid an inexorable global shift tonet zero carbon!