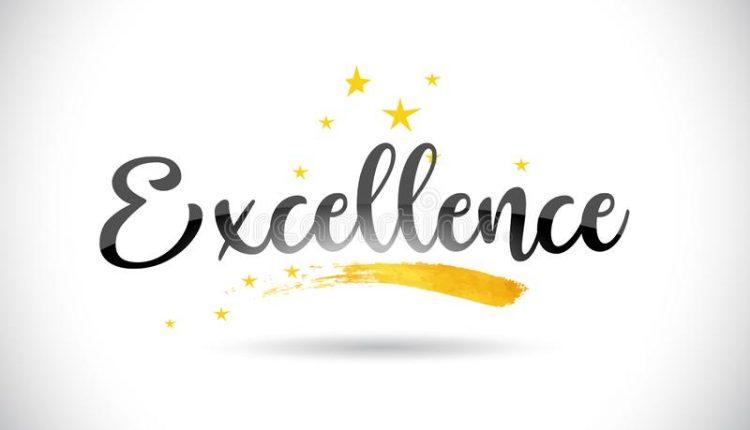 I totally agree with John W. Gardner in the saying that “excellence is doing ordinary things extraordinarily well”. We all admire excellence. But how then does an organisation create a culture of operational excellence amongst its employees, staff and everybody linked to the organisation?

In our journey to growth and operational excellence, to get what we want is to first define what we don’t want. There are three things you shouldn’t want. And the Japanese (known for a high level of performance) paved the way through Toyota’s popularisation of their cultural Six Sigma methodologies for eliminating enemies of excellence. Today, we’d be exploring Muda, Muri and Mura; the three Japanese words that describes the three enemies to personal and organisational excellence. These elements Muda (waste), Muri (overburden) and Mura (unevenness) are also the most contributing elements to inefficiency.

Read also: US jobless claims rise to 36m since start of lockdowns

Muda is any activity that consumes resources without creating value for the customer.

Practically, it can be having the right people but putting them in the wrong positions in your organisation. It’s like having a Ferrari in Lagos traffic. It can also include when a product is made but functionally unfit for use (it’s like having an aeroplane that can’t fly, a male that can’t be a man or an “Otapiapia’, rat poison that only feeds your rat but doesn’t kill them). In other words, Muda refers to complex processes that loses people or time. It can also be over production, delays etc.

Muri on the other hand is over stretching your capacity till you lose value and even breakdown. For example, imagine, overburdening equipment or operators by requiring them to run at a higher or harder pace with more force and effort for a longer period of time than equipment designs. They’d breakdown sooner than you imagined. Muri once again is for example; working too hard till your body and health shows you how careless you’ve been by shutting down on you. And at that point, you can’t achieve or enjoy what you’ve worked too hard for. Muri is spending unnecessary time in meetings, talking but not communicating because your colleagues or participants have mentally zoned out. It’s when your cost of success because higher than its benefit.

Mura on the other hand is inconsistency of results. Practically, it can be an uneven work pace in an operation causing operators to hurry and then wait. Managers using resource levelling and proper scheduling often can eliminate unevenness. It can also be managed through the careful attention to the pace of work. Mura is a major killer of reliability. And once you are not reliable, we can’t trust or make decision based on your offering. It’s like running a fast food joint or restaurant with inconsistent opening days or hours. How then can we know when to schedule a date or a meeting at yours? So, we perhaps would look for reliable options in making decisions around things that concern us regarding you. When you show Mura as an organisation even though you are good at what you do but sometimes unpredictable, your customers can pay for value once, and maybe again and that’s it. But they won’t keep coming back consistently again if it’s by only the “grace of God” you deliver like you once did, luckily. Please leave luck and grace to heaven. In God we trust but for every other result and thing, show data!

What does your data of results show consistently? If I was to plot your outcomes in a scatter diagram or plot a curve to show your mean, what will the standard deviation and measure of dispersion show? Whatever you use to get your customers, you must use to keep them (same as love, women and men). The truth is, if there isn’t consistency with what they originally enjoyed before they leave. In other words, Mura happens when you are consistently inconsistent with where you consistently should be!

Excellence is excellence. Excellence is not an act; it’s a habit. Your graph must be linear and not U shaped or wavy. Reliability is key. Every client, employee and employer want that. Is that your once upon a time once in a while? I mean is that your great result predictable at all times?

To put these three Ms to context, when you see how logistics is run in Nigerian ports, you see Muda, Muri and Mura in action. You also see the negative consequences. Let me play out a scenario. Suppose that a firm needs to transport six tons of material from the Apapa ports to its customer and is considering its options using the category of 40ft containers as its only option. He is faced with three options. One is to pile all six tons on one truck and make a single trip. But this would be Muri because it would overburden the truck (rated for only three tons) leading to either a fall (which is popular on Nigerian roads) or breakdowns, which also would lead to Muda and Mura.

A second option is to make two trips, one with four tons and the other with two. But this would be Mura because the unevenness of materials arriving at the customer would create jam-ups on the receiving dock followed by too little work. This option also would create Muri, because on one trip the truck still is overburdened, and Muda as well, because the uneven pace of work would cause the waste of waiting by the customer’s receiving employees.

A third option is to load two tons on the truck and make three trips. But this would be Muda, even if not Mura and Muri, because the truck would be only partially loaded on each trip.

The only way to eliminate Muda, Mura, and Muri is to load the truck with three tons (its rated capacity) and make two trips. So, you see the science of balance and excellence.

Predictability of results, running at an optimal capacity and eliminating waste are key variables of operational excellence. Beyond “aspire to perspire” motivation, real behavioural and organisational change in operation comes from process and not just motivation. It’s more than art; it’s more of science. Change and eliminating Muda, Muri and Mura has to be scientific.

On a personal level, excellence is not a gift or an art; it’s a science with a formula and variables. It has to be intentional.

Operational excellence in business starts from identifying the type of product or service you provide. Then, identify your customers and their requirements and expectations. Go further to determine your needs and optimal effort and suppliers to deliver that value. After which you can define the process for approaching and doing work. It’s not enough to deliver; it has to be done with zero or minimal defect. This will require more than zero defect, but that you eliminate defect sources. And that you optimise processes that prevent even a dummy making an error or defect again. After this, you ensure there is room to practice continuous improvement, especially in maintaining focus on that excellence and quality achieved. This methodology is the most optimal proven path to excellence. We look forward to working with your team on this journey.

US bank stocks miss out on Covid-19 rebound