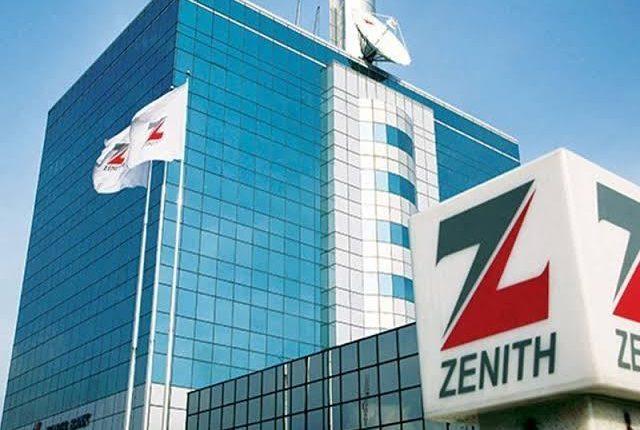 Zenith Bank Plc has traded in a range between N16 per share and N26.2 per share in the past year.

Its one year stock return stands at -11.4 percent, even as after-tax profits rose by 8 percent according to its 2019 results released on Friday.

The stock still trades at a discount to book value with price-to-book (P/B) ratio of 0.71, all the while sporting a juicy dividend yield of 15.4 percent as at Friday.

P/B ratios are often used to compare banks, because most assets and liabilities of banks are constantly valued at market values.

So is the market mispricing Zenith Bank stock and why if so?

Some Banks in the Nigerian banking industry have higher valuations due to either a history of efficiency or sometimes being a domestic subsidiary of a foreign firm with solid balance sheet.

If Zenith were not to be undervalued by the markets and traded at a conservative valuation of 1 times book value, then it would be a N28 stock.

The markets are clearly missing something here, because in a clear show of its resilience and market leadership, Zenith Bank on Friday announced impressive results for the year ended December 31, 2019, with profit after tax (PAT) surging past the N200bn mark to N208.8 billion, becoming the first Nigerian Bank to do so.

According to the banks audited financial results profit after tax rose by 8 percent from the N193 billion recorded in the previous year.

The Group also recorded a growth in gross earnings of 5 percent rising to N662.3 billion from N630.3 billion reported in the previous year.

In a positive sign for the future growth of the bank, fees on electronic products continues to grow significantly with a 108 percent  Year on Year (YoY) growth to N42.5 billion in the current year from N20.4 billion in 2018.

This is a validation of the bank’s retail transformation strategy which continues to deliver impressive results.

Profit before tax also increased by 5 percent growing to N243 billion in the current year from N232 billion, arising from top line growth and continued focus on cost optimisation strategies.

Impressively the cost-to-income ratio moderated to 48.8 percent from 49.3 percent.

An important ratio for determining the profitability of a bank, the cost-to-income ratio is calculated by dividing the operating expenses by the operating income generated. With this results Zenith Bank now has one of the lowest Cost to income ratios in the industry.

The drive for cheaper retail deposits coupled with the low interest yield environment helped reduce the cost of funding to 3 percent from 3.1 percent.

While returns on equity and assets held steady year-on-year at 23.8 percent and 3.4 percent respectively, the Group still delivered an improved Earnings per Share (EPS) which grew 8 percent to N6.65 from N6.15  in the current year.

Zenith Bank currently trades at a low price-to-earnings ratio of 2.98. Assuming the market gives it an earnings multiple equivalent to EPS or profit growth (8), then it should be a stock trading at N53 per share.

Zenith Bank also increased its share of the market as it secured increased customer deposits across the corporate and retail space as deposits grew by 15 percent to close at N4.26 trillion from N3.69 trillion in 2018.

Total assets also increased by 7 percent to N6.35 trillion from N5.96 trillion in the previous period.

In a sign that the Bank is responding favourably to the CBNs push for increased lending, it created new viable risk assets as gross loans grew by 22 percent to N2.462 trillion from N2.016 trillion.

This was executed prudently at a low cost of risk of 1.1 percent and a significant reduction in the non-performing loan ratio to 4.30 percent from 4.98 percent.

Prudential ratios such as liquidity and capital adequacy ratios also remained above regulatory thresholds at 57.3 percent and 22 percent respectively.

Of utmost importance to the Nigerian markets which often trades as a dividends play, in demonstration of its commitment to its shareholders, the bank announced a proposed final dividend pay-out of N2.50 per share, bringing the total dividend to N2.80 per share for 2019 or a yield of 15.46 percent.

What that means is that if an investor buys N10 million worth of Zenith Bank stock or 500,000 shares, they would be paid a dividend of N1.56 million.

With yields on fixed income securities plummeting, that seems like a good deal.

Zenith Bank shares traded up 2.32 percent on Friday to close at N19.85 per share.