Managing the economy after the pandemic 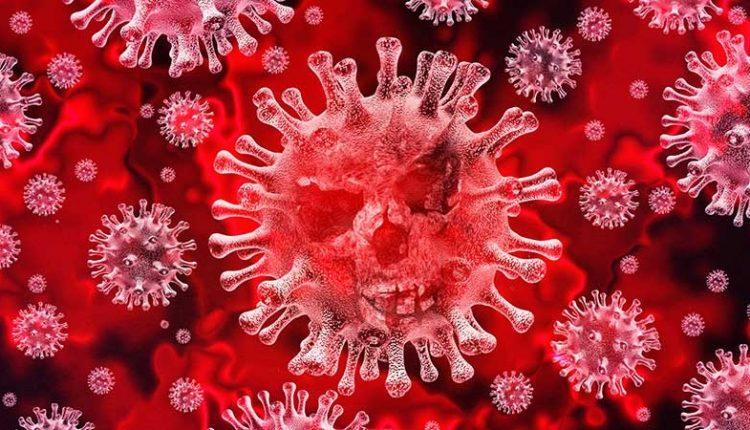 Last week, a Citizen Dialogue event was hosted by the Ministry of Finance, Planning and Budget to examine the fallouts from COVID-19 and the implications for management of the economy.

First, it was agreed that our GDP is likely to contract by 3.5 percent year-on-year for 2020, even as oil earnings decline by a whopping 90 percent. Estimates for federal government of Nigeria’s net oil and gas revenue is projected to fall by 80 percent, at N1.1 trillion as against the N5.5 trillion previously projected. Oil prices are expected to average $20 per barrel as against the budget benchmark of $57 per barrel.

There will be a humongous crater by way of a deficit, in the order of magnitude of N5.6 trillion. Government is hoping to fill the gap through privatisation proceeds of N126 billion; drawdowns from FGN Special Accounts, estimated at N260 billion; bilateral/multilateral drawdowns of about N387 billion; and new domestic and external borrowings amounting to N4.6 trillion.

From all intents and purposes, the government has succumbed to borrowing $3.4 billion from the IMF relief facility. It is a moment of truth for Nigerian economic management. I have nothing against the IMF. As a matter of fact, I have always enjoyed working with and interacting with colleagues from the Fund, whom I find wittier and smarter than their colleagues from the World Bank. I do understand that the IMF loan comes with 3-year moratorium.  But my ominous conclusion is that it marks the end of economic freedom as we know it. Unless we are wise enough to begin saving at once to pay off Shylock as soon as we can, we may as well bid farewell to our economic sovereignty as a country.

We welcome the creation of the Economic Sustainability Committee to be chaired by Vice-President Yemi Osinbajo. The unanswered question is what role the Economic Advisory Council chaired by Doyin Salami is playing. Throughout this crisis, we have heard nothing from them. I have heard from confidential sources that the late Chief of Staff Abba Kyari (may God have mercy upon his soul), sat on their files in a way that has not allowed the technical Secretariat to function properly.

The Nigerian Economic Summit Group (NESG) headed by my friend Laoye Jaiyeola, in its contributions to the dialogue, estimates that the government will need some N10.1 trillion of intervention funds to address the economic and financial crisis, but also notes that only about N4.5 trillion is on ground. This leaves a funding gap of N5.6 trillion which could be filled by a mixture of domestic and external borrowing and Quantitative Easing.

One thing that baffles me is the fact that the average production cost of Nigerian Brent crude has been placed at $33 per barrel, recently revised downward to $28 per barrel. The cost of production estimate has implications for the Petroleum Profit Tax. I do not know who determines the production cost estimates for our oil sector. I know for sure that our Bonny Light is one of the best in the world. That is why it is often called “Bonny Sweet”. It is comparable to Saudi light in requiring the most minimum refining to turn it into PMS. From the figures I have, the average production cost for Saudi light is $2.8 per barrel; $16 for Kazakhstan; $18 for Russia; $20 for Venezuela; $22.91 for OPEC average; and $64 for the USA. We all know that American oil production is based on fracking technology, which is rather expensive. I need someone to explain to me why Nigerian oil production costs should be well above the OPEC average. Unless somebody is hiding something.

President Muhammadu Buhari also recently announced that the government will be implementing the Orosanye Committee Recommendations.  That Report, my gentle readers would recall, recommended rationalisation of more than 100 agencies and departments of government. Implementation of such reforms obviously do not come without a cost – cost in terms of personnel and cost in terms of expenditure. The objective is to ensure coherence in the heart of the public service while reducing the cost of governance. To achieve optimal benefits, timing will be essential. I would therefore expect a methodical and systematic approach to such far-reaching reforms. And we need to integrate it into the overall project of addressing the global pandemic and its economic consequences. Timing and synchronicity are vital. At a time of crisis, we do not want to further undermine aggregate demand and the prospects for long-term growth. Rather, we should want to boost them.

The government, I’m aware, is committed to boosting the agricultural value-chain, enhancing industrial production and ensuring a robust health and pharmaceutical sector. The CBN has backed these objectives with some intervention funds. But we need more robust strategies to boost employment and job-creation. One of the best ways I know to do this is through public works scheme. We should structure public works engineering projects in housing, roads, railways and sanitation that do away with the intermediation of the contractor while getting as many youths as possible to be engaged in direct labour. This will help boost aggregate demand, reduce poverty and unemployment and their attendant social ills.

The current crisis requires that all Nigerians are treated equally and fairly. It is an established fact that there are more poor people in the far North than elsewhere. In this time of Ramadan, I would be more than happy to go to those places distributing food myself

One other area that worries me is the leadership and management of the COVID-19 Presidential Task Force (PTF). If the people in-charge could only hear what Nigerians are saying in the streets and in the privacy of their homes, they would be totally shocked. Most Nigerians do not trust the PTF. They do not believe in the figures being bandied about and they do not believe that the PTF and its sister organisation, the NCDC, is working in the interest of the common good. They believe it is just a clever avenue for some people to siphon-off humongous amounts of public resources without accountability. The burden of cynicism seems to outweigh even the laws of gravity.

The same goes for the palliatives. There are no records of beneficiaries and amounts spent that is linked to a national database of the poor and who they are and where they live. Instead, there are tales of rotten rice being sent to some states. A Pastor from Kaduna called me the other day. He lives in the northern part of the city, which is rare for people like him, not even being an indigene. He regaled me with stories of trucks loaded with foodstuffs being distributed to various communities there, together with envelopes with cash. In the Southern part of the city, there is nothing. Apparently, religion and ethnicity are deciding who gets what, where and how.  It is a great shame that our Nigeria has become such a wicked and soulless country.

The current crisis requires that all Nigerians are treated equally and fairly. It is an established fact that there are more poor people in the far North than elsewhere. In this time of Ramadan, I would be more than happy to go to those places distributing food myself. The first people we must begin with should be the physically challenged, especially the blind, the paraplegic and orphans and widows. But we must manage such processes in an equitable and transparent manner. Let us have a data-base of the poor and let all social transfers be implemented based on that data-base. And let there be accountability for all the moneys spent.