Ignorance is definitely not bliss 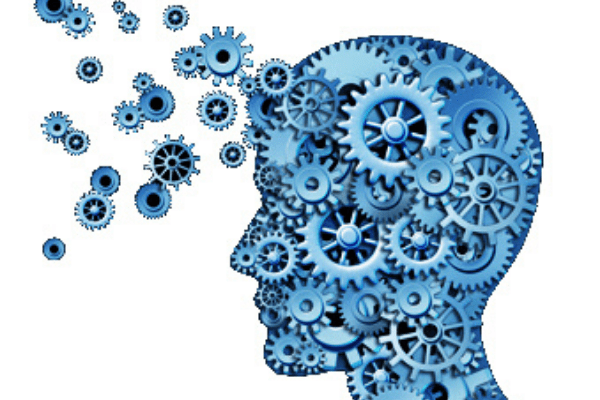 In our eager pursuit of goals, it’s easy for us to sometimes overlook the negatives and the potential unsavoury outcomes, and because of this, we often fail to make sufficient plans to combat such possible happenings. Our desperation may just blind us to the obvious dangers and unless we put plans in place to combat these problematic issues as they arise, they could be our undoing. They can cause us great pain and even losses of one kind or the other. We should always plan for eventualities rather than just pray they won’t happen.

We’re a people who often make plans based purely on hope and seldom on facts, even when the facts are obvious. So, we rely on “hope” that everything will go well and absolutely nothing will go wrong, causing us to overlook obvious dangers and dismissing various warning signals because “our hope is in God”. We choose to conveniently forget that this same God made a point of warning us to always plan effectively and sufficiently. It was not for nothing that He said, “Suppose one of you wants to build a tower. Won’t you first sit down and estimate the cost to see if you have enough money to complete it?” And if I may take this a little further, wisdom dictates that you should prepare a budget which exceeds the exact sum calculated to complete the project, to take care of unforeseen expenses. There will always be some. Failure to do this will ultimately lead to uncompleted projects, a colossal waste of time and resources, resulting in intense frustration. Foolishly ignoring Murphy’s Law which says “whatever can go wrong, will go wrong” doesn’t mean it won’t happen.

To achieve success in life requires enormous discipline and even more discipline is needed to sustain that level of success. According to Jim Collins, success is the cumulative effort of a disciplined person having disciplined thoughts and taking disciplined action. Focusing with a fixating passion on that plan and its processes, refusing to be distracted by other “lucrative” transactions that people may bring your way and executing the plans with utmost faithfulness can only be achieved through discipline. So, you stare the “problems” in the face with utmost belief in yourself that you will overcome; all the while, basing your plans on facts, not just hope. This, Jim Collins termed “The Stockdale Paradox”. To quote him in his book, Good to Great, he said this is the ability to “retain faith that you will prevail in the end, regardless of the difficulties” while you also “confront the most brutal facts of your current reality, whatever they might be”.

This view aligns well with that of my initiative, MINDS Reform Initiative which has humbly set itself the objective of raising model Nigerian citizens, no matter how disadvantageous their background, by instilling in them the values and ideals of the MINDS acronym (Manners, Integrity, Neighbourly love, Discipline and Success) through experiential learning and equipping them to lead our tomorrow as exemplary MINDS ambassadors. A huge task I know, but someone has to do it. It’s not something that would be reasonable for us to expect their generation to teach themselves and I say this because I subscribe to the words of a wise man who once said, “one of the greatest gifts you can give younger people is your life’s story to help them repeat your successes and avoid your mistakes”. Many of us make the error of believing we’ve hashed life up so much that we have nothing to offer in terms of imparting knowledge. We do. Even if it’s to teach others to avoid our mistakes that would in itself represent a great success.

How many of our schools, Primary or Secondary, conduct regular fire drills to prepare the pupils for that possible eventuality of a fire outbreak, should it ever come? How many have considered the benefit of putting their pupils through, so should the worst ever happen, every child will simply follow the well-rehearsed procedure he has been taught?  Knowing exactly what to do would automatically guard against panic and potential pandemonium. How many schools make it compulsory for all pupils to take weekly swimming lessons? I’m not talking about a club activity which is purely voluntary, I’m talking about it being a must for everybody. In these climes, many will interpret such precautionary measures and exercises as a lack of faith. “It’s not our portion” or “God forbid” are the most popular responses to such suggestions but how often have these helped us or prevented what will happen from happening? Will these eliminate man’s natural inclination to be careless or will they permanently suspend instances of high voltage?

Will they save your life if you find yourself in a literal “sink or swim” situation where a proficiency in swimming may be the only thing that stands between life and death, either for yourself or for another who needs saving? Oyinbo who does these things isn’t motivated by a death wish but by the very opposite, to save life. We’re too fond of turning our faces away from obvious realities and leaning 100 percent on the spiritual. We need to ask ourselves if God made a mistake in endowing us with a mental faculty? Or does He actually expect us to use it? My people, if you only take one thing away from this article, let it be this; “tufiakwa” has never been and will never be a solution.

This same inclination to abandon our God given ability to think and to take the easier route of “leaving” it all to God has in no small measure contributed to the mess we find ourselves in. Not to discount in anyway just how much grinding poverty can compromise our judgement, our “belief” that even if we sell our future for a pot of pottage at the ballot box, God can still somehow touch the heart of the unscrupulous candidate we foolishly voted for and transform him into the political messiah we’ve all be waiting for is one miracle that will never happen. Unfortunately, this way of thinking and mindset which distances our actions from their consequences appears to have been inculcated from a tender age. Truth is, if you vote for the wrong candidate, you will face the consequences. If you fail to plan, you will face the consequences. If you fail to prepare for potential adverse occurrences, you will only have yourself to blame. You must plan for the eventualities you desire while preparing against the ones you don’t. As discipline dictates and as success requires, you must do the right thing at the right time.