If Lagos should RUN…and our ministers and the truth! 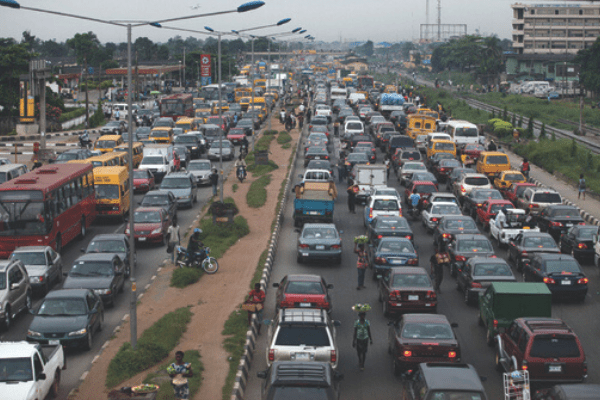 Quote: The wind has blown and we have seen the anus of the foul. Our tendency to run whenever others are running… are the root causes of this self-inflicted injury and as in our character, we will soon forget about the incident and life goes on

Sometimes in September 2019, I left Olabisi Onabanjo University at 3 pm, hoped to get to Lagos around 5 pm but I was on the road till 11 pm! That day, I spent 3 hours at Shagamu. On 8/11/19, I came in from the East, got to Ijebu-Ode around 11 am but I could not get to Lagos until 4 hours later. Ijebu-Ode to Lagos ordinarily takes 1 hour. On 9/11/19, I left Kingsway Road Ikoyi around 8 pm, got to Carter Bridge within 15 minutes but I was in traffic for 2 hours on Carter Bridge without covering up to 500 meters.

Of late, moving into, out of or within Lagos has become an impossible task. The government (federal and state), just got up one morning and decided to construct all the roads in and around Lagos simultaneously and they are doing so at a snail speed. Thus, Lagos to Ibafo, Oworonsoki-Anthony-Oshodi-Cele route; the Aponpon axis in the Island, the Agege Motor Road and Badagry expressway are all under construction. All these entail total and partial closure of roads. Unfortunately, the Ikorodu to IjebuOde and Shagamu routes cannot be described as roads even by the most charitable commentator. It was when I was thinking about these, as I was stranded on Carter Bridge on 9/11/19, that I remembered an article with the above title which I wrote in 2002. (See Ik Muo, if Lagos should Run, The National Interest (of blessed memory), 8/3/02, p11). Whenever I resort to my archives, I want you to determine for yourself how far we have progressed or regressed as a nation. So, read on.

During the Biafran war of self-preservation, a town is said to have “RUN” if it was overtaking by the rampaging and brutal federal troops. Frightened and displaced residents clutching their miserable possessions, with their malnourished and Kwashiorkor-friendly kids in tow, would troop to any village as far as their strength would allow, where they become refugees. It was then common to say that Town X or Town Y “a gbago oso” (had run). I recalled this scenario about 4 years ago (1998) and wondered what it would look like if Lagos should RUN! In fact, I started this article then but it became an abandoned project.

That was the day one container fell on a car at the stadium flyover, Surulere (as they still do in 2019)! Somebody had invited me for a chat at his office in Surulere and I had promised to be there within 30 minutes. Everything was moving smoothly until I got to Alaka Bus-Stop. What I saw defied any form of explanation or rationalisation. Everybody was driving in every direction, blaring their horns, with their full and hazard lights on, making U-Turns and literarily throwing all driving principles and practices, and even common sense, upside down. This was caused by drivers fromOjuelegba (mostly commercial busses) taking over both sides of the road and forming about 10 lanes. The oncoming vehicles did not have the good luck of even a single lane and as a result, CHAOS became manifest. When I got to Surulere around 9 pm (the journey started around 3.30 pm), my friend had gone home for the day and I returned home at Okota around 12 midnight because the single stadium madness affected all parts of Lagos.

Even without an extreme traffic crisis like this one, just try and observe the traffic situation at Mile 2, Ojota, Oshodi, CMS or Ago-Palace way, at either 7 am or 7 pm, Monday to Friday and imagine what would happen if a whistle were blown and everybody asked to get out of Lagos. If this happens, you will be sure that nobody will leave because nobody will allow anybody else to leave! This will be due to gross indiscipline, disregard for traffic rules and I before others mentality which makes common sense, very scarce.

There is poor road network with limited exit routes (and Lagos-Ibadan Express Way has been taken over by Churches, which always disperse when the road is at the busiest. Other factors include self-imprisonment with barricades in the name of security, lack of emergency and crises management skills, institutions and awareness, too many vehicles on the road(some are vehicles only in name), excesses of the drivers, policemen who will run away before anybody and of course, area boys who will mount toll gates every inch of the way. I prayed that Laos would never have to “run” even though I had a feeling that it was a possibility though with a low probability.

However, on 27/1/02, it happened! An act of men(carelessness, sabotage, mischief, negligence power-play) led to a horror that affected only a small part of Lagos(The Ikeja bomb blast) and more people died in the process of trying to escape than by the actual explosion. Maybe, I was lucky. I was returning from IgboUkwu development Union meeting and saw people driving furiously along the Ago-Palace at around 6.45 pm on that day and when nobody could tell me the why, what and where of the run, I decided to drive on and got home in one piece. That was partly because I remembered one day when I missed my way and made a U-turn and immediately all the vehicles behind me automatically made U-turns. It is in our character as Lagosians. Panic and confusion took over the land as people ran without knowing what they were running from or where they were running to; public information was poor as all sorts of frightening speculations had free reign; security agencies were as usual caught napping and coordination as haphazard.

Even as I write this 12 days later, it has been a theatre of the absurd. The national mourning was  half-heartedly declared and there was no evidence of its observance; the presidential relief committee is based in Abuja, about 1000km away from the “war front”, relief efforts are not being properly coordinated as various bodies and organs appear to be pursuing different relief agenda and even the ethics of distributing the materials is a very big issue.

The wind has blown and we have seen the anus of the foul. Our tendency to run whenever others are running, the insensitivity and lackadaisical attitude of government agencies, the absence of any serious emergency management system, poor maintenance culture and lack of attention to potentially dangerous issues are the root causes of this self-inflicted injury and as in our character, we will soon forget about the incident and life goes on. We will not learn any lessons from the sad incidence; we will not even know the real causes of the calamity; nobody will be cautioned for criminal negligence or non-performance and nothing will be done to make us better equipped to handle this kind of emergency in future.

What happened was very monumental but we will still count ourselves lucky. What if Nigeria had been “Afghanistanised” and bombs exploded simultaneously at Oshodi, Orile, 3rd mainland bridge, CMS and Ojota? What if we had an earthquake which many countries “enjoy” regularly? What if the Mozambican flood had “visited” us? We thank God that all the armouries in Lagos did not explode on that day, for the rapid response of local divers who were not waiting for orders from above and were not grumbling over unpaid salaries; that it happened on a Sunday when many schools and offices were closed and Oshodi was not so busy, for our unusual ability to absorb all sorts of shocks, for the members of the international community who literally wept more than the bereaved and for the Red Cross  unfettered by officialdom and the ever-generous Nigerians that donated and donated

So, almost 18 years later, what will it look later of if  Lagos should RUN?

Other matters: Buhari’s ministers and the new truth

About 2020 years ago, Pilate asked Jesus Christ, that amateur carpenter from one small village and who confounded the great religious leaders and lawyers of his days, what is truth? (John, 18:38) In this year of our Lord 2019, one of my colleagues. Professor Abosede believes that there are three sides to the truth: my side, your side and the other side. I have not interrogated the matter myself or asked him whether it is possible for these three sides to conjoin.

This treatise on truth is due to some “truths” coming from some of Buhari’s Ministers. The first TRUTH was the declaration by the Minister of Agriculture and Rural Development, Sabo Nanono during a press briefing to mark the World Food Day celebration, that the cry of hunger by some Nigerians is laughable because Nigeria produces enough food to feed herself and feed other neighbouring countries and that food is cheap. He said when people say that there is hunger in the land, I Just Laugh! (he forgot to give Chief Obasanjo credit for this). It was similar to what his “brother” Umaru Dikko, said years ago, that there was no hunger in the Land because Nigerians were not yet eating from Dustbins. People are hungry and have actually started eating from the dustbins but the only solace from the minister of agriculture is to laugh and tell us publicly that he laughed over the matter!  Anyway, I wonder when he last fed himself and which market his wives do their purchases from.

Another truth is the declaration by Fashola that Nigerian roads are not that bad. I don’t know when Fashola plied any of our roads last but I want to throw a challenge. Let him drive from Ikorodu to Ijebu-ode, Ikorodu to Shagamu and from Onitsha to Enugu and after that, we can compare notes. At this juncture I still restate this question, which somebody had asked before; why must we have road-worthy vehicles to ply roads that are not vehicle worthy?

Anyway, these are the type of truths from people on com-and-chop assignments, people who live off our resources, people who are so beclouded by officialdom that they do not see with the eyes of ordinary people. However, we the people know the real truth.

How Nigerian leaders destroy institutions under the guise of…