Honeywell – Flour Mills merger: A glimpse of things to come? 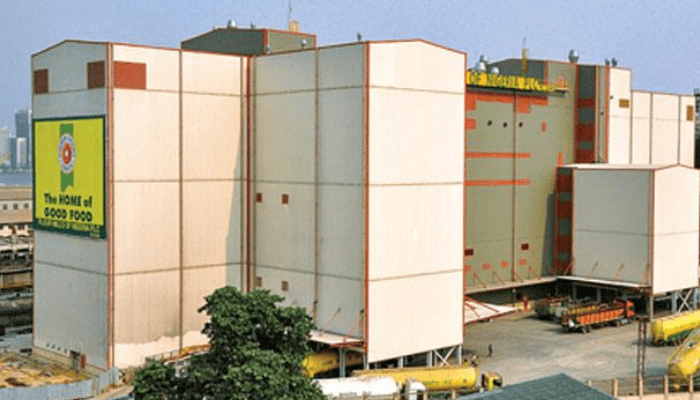 Hands up who saw that coming – I certainly didn’t!

In this column 2 months ago, I analysed the structure of Nigeria’s food security problem and I mentioned that one of Nigeria’s rare agricultural success stories was the growth and diversification of its secondary agricultural industry players. Nigeria’s food processors, I said in that article, are systemically important institutions as far as the country’s food security and agricultural export future are concerned, and all efforts should be made to ensure that they are well funded and equipped. One of my big recommendations was the use of partnerships.

Well here we are, barely 2 months later, and quite possibly the single biggest ever partnership between food processors in Sub Saharan Africa has just been announced, and I’m not sure whether to smile at the potential upsides or toot my own prescient horn. As a professional, I guess I have to do the former, so that is what this article is going to focus on. Now that Flour Mills of Nigeria (FMN) and Honeywell Flour Mills PLC (HFMP) have announced an N80 billion-merger agreement, what does this mean for the agricultural sector in Nigeria, for agricultural export growth and for food security? Let’s dig in.

The two Goliaths combine – What does it mean?

For reference, FMN is a 60 year-old food processing conglomerate with some of Nigeria’s most iconic household staple brands including Golden Penny flour, Golden Penny pasta, and a range of products including semolina, sugar, cooking oils, starch, breakfast cereals, and everything in between. HFMP is no slouch either, with its own range of flours and instant noodles which have long fought for market leadership with the Golden Penny range. The announced deal is a bit like Toyota and Honda merging into one fearsome vehicle manufacturer, or Diego Maradona and Cristiano Ronaldo signing for the same team at their peak. It is near-impossible to exaggerate how big a deal this is.

Combination of the two supply chains and contract growing networks under a single chain of command, promises to result in probably the greatest ever economies of scale in the history of Sub Saharan African agriculture

First of all, the combination of the two supply chains and contract growing networks under a single chain of command, promises to result in probably the greatest ever economies of scale in the history of Sub Saharan African agriculture. FMN currently operates 17 high-level food-processing facilities across 12 states in Nigeria. HFMP operates 3 facilities in Lagos and Ogun, with a supply chain stretching across the entire country. FMN is the market leader in logistics, distribution, packaging and port operation, while HFMP is best-in-class for quality standards and operation efficiency. Combining these two advantages under one roof has simply never been tried before, and to an extent, even I can only speculate as to how huge an impact this could have on Nigeria’s food industry.

Using the example of corporate industrial super clusters that developed in post-war Asia, this new super-entity could become to Nigeria’s agricultural industry, something similar to what Samsung and Hyundai became to South Korean heavy industry. The new entity overnight takes charge of what is effectively a conquered market of close to 200 million people, where its brands have already reigned supreme for the best part of a century. It has additional manufacturing, distribution and marketing opportunities to boost its own growth (and the size of the surrounding industry with it), which benefits consumers in terms of increased choice and eventually, lower prices. With lower food prices comes increased naira purchasing power, which is where the potential upside gets even more interesting.

FMN – HMFP and the AfCFTA: Something “Hooge”

I mentioned earlier that Sub Saharan Africa has simply never seen a food processor of this sort of scale before. As the most populous country to have ever existed on this continent, it is not hard to see how Nigeria provides the market opportunity for such a behemoth to arise. The real moonshot however, is that the emergence of the new entity as a bonafide global food industry player due to its sheer size and economies of scale, means that it also has the unprecedented ability to exploit new opportunities soon to be created by the AfCFTA.

Relative to most of Africa, Nigeria’s food prices are actually quite low, which is a function of agricultural economies of scale due to sheer market size. This creates a situation where the naira – despite its nominal loss of value against the dollar – retains significantly stronger in-country purchasing power than the Ghanaian cedi for example. To put it in plain English, the relative low cost of food in Nigeria ensures that naira purchasing power does not fall at the same velocity or to the same extent as its international exchange rate. This creates an interesting continental opportunity for a post-AfCFTA Flour Mills.

By taking advantage of the massive economies of scale it will enjoy in addition to the perfect combination of strong internal currency purchasing power and devalued international exchange rate, the new entity has the opportunity to take over significant swathes of the African market. This would be the ultimate manifestation of export-led agricultural growth which successive Nigerian administrations retain an obsession with. Only this time, instead of tubers of yam that suffer spoilage at the port while awaiting regulatory clearance, this type of agricultural export will be processed food which is less prone to such vagaries, and has the benefit of FMN’s market-leading port operations.

For Honeywell Group too, the merger is a strategic one as it hands over a high-performing agricultural industry asset to the only entity that can improve it after over 2 decades of investment, and the parent conglomerate then gets to focus on the parts of its operations where it is making significant investments. These areas include oil and gas, infrastructure, energy and real estate among others. According to the company, it does not expect to see any redundancies or layoffs, because the point of this deal is to consolidate the performance of two successful operations, as against the efficiency cuts or stock selloff that some may have feared.

Ultimately, time is the only fully accurate arbiter of success, so it is not up to ground-level commentators like myself to pronounce success or failure of this sort of grand enterprise. From a numbers point of view however, it is hard to see any downside. Whisper it quietly, but Africa may finally be witnessing the stirrings of a series of long-awaited industrial power moves as we get closer and closer to the AfCFTA’s continental implementation.