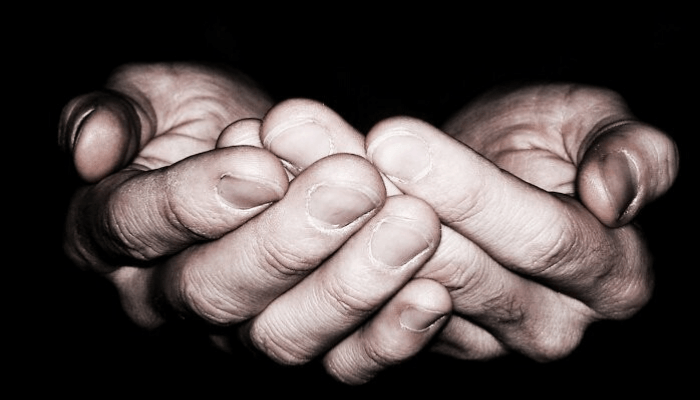 Let me start by commending Rotarians for their unique and monumental contribution to the moulding of character and institutionalisation of ethics together with integrity as the bedrock of civilized conduct of interpersonal relationships as well as virtually all aspects of human endeavour – through the Four-Way Test:

As if this was not a sufficiently formidable achievement, you have added as your flagship project the worldwide eradication of polio in addition to the Cervical Cancer Prevention Project.  May the Almighty reward you abundantly.

I consider it a special and inspirational honour to be invited to speak on the topic: “Satisfying your social conscience through impactful giving.”

The reference to “Giving and Misgivings” is my own addition on account of my having been a Rotarian (but fell by the wayside !!) in the past.  Besides, after fifty years of practising as a Chartered Accountant in Nigeria and beyond, I cannot vouch that everyone whose path crossed with mine had a conscience at all, not to talk of “social conscience” which suggests an enduring commitment to abide by the cannons of the “Four-Way Test” in addition to giving back to society through impactful giving.

Permit me to share with you the experience and exploits of one of my ancestors – “Papai Gangan” who was the father of my paternal grandmother Maria.  According to family folklore, during the endless tribal wars in Yorubaland in the 18th and 19th centuries Papai acquired vast fame and fortune on account of his dexterity as a soothsayer/fortune teller.  Apparently, he correctly predicted the outcome of virtually every war.  His speciality was water divining which he skilfully and tactically threaded into war strategy.  Simply put, whichever army gained access to water supply would eventually prevail.

Anyway, what is relevant is that having established his credentials in the hinterland of Yorubaland, Papai relocated to Lagos which was then known as EKO.  In next to no time he amassed a huge fortune and ended up with eleven houses – one for each of his children.  Then tragedy struck.  His children started dying one after another until only my grandmother was left.  In desperation, he abandoned his property acquisition and retreated to the forest where he was in direct communication with the spirits.  After seven days of fasting, the message delivered to him was blunt and cryptic:

“You must give all your houses (except one) to the poor.  Otherwise, even Maria will soon die.”  He duly complied and my grandmother not only survived, she lived until 1954 when she was approaching the age of 90.  That was almost nine decades after that “impactful giving” by her father.  If you have any misgivings about that episode, that is your prerogative.”

On a more personal level, I must confess that I was for several years an enthusiastic Rotarian in Lagos and Kano and did my best to be a good Ambassador for Rotary.  Whatever excuse I dare to tender for falling aside is at best lame or even tendentious.  What I suspect is that as I climbed up the ladder of my profession and the responsibility of being the Chairman and Chief Executive of KPMG Nigeria; Chairman of KPMG Africa; President of the Institute of Chartered Accountants of Nigeria [ICAN]; Chairman of Eko Hotels Plc; Pro-Chancellor and Chairman of the Governing Council of Lagos State University; time became a very scarce commodity.

However, I was not the only culprit.  Although some of my contemporaries advanced to being President of the Rotary Club in various locations while two became district governors, those of us who fell by the wayside nevertheless strove not to lie, cheat or steal – ever mindful that we would remain Rotarians in spirit.  I must add that the Rotary Club to which I belonged in Kano eventually produced the first President, John B. Majiyagbe.

Permit me to add that one of my Rotarian colleagues rose to the dizzy height of becoming an Executive Director in a leading bank (name withheld).  This was a time of frenetic and aggressive banking – for big bucks.  Acquisitions and Mergers amongst banks were the order of the day.  His protestations against what he considered to be unwholesome and unethical practices fell on deaf ears.  He was isolated and eventually sacked unceremoniously – not for fraud or incompetence.  The powers-that-be had concluded that he was an obstacle to their mendacity and greed.  The bank was savagely looted.  Insider trading became the order of the day.  Properties in prime locations were sold off cheaply to Directors and even the pension funds of staff were looted with reckless abandon.  To cut a long story short, when I met him at a party last week he assured me that even though he went through hell – from the comfort of being a highly paid banker to being jobless (and almost destitute), he was at peace with himself and would remain eternally grateful for the difference the Rotary Club had made in his life and fortified his pursuit of what is just and what is fair – and transparently so.

However, what Rotary did not prepare him for was the volatile volcano which erupted and almost engulfed the entire banking sector when Nigerian banks were collapsing all over the place.  The Governor of the Central Bank had ordered a “Stress Test” and a bank for which my Rotarian colleague was a consultant was a borderline case.  A little bit of patient re-engineering and re-capitalisation by the shareholders would have stabilised the bank.  Instead, the bank was classified as “Distressed” and the name was changed overnight.

The Central Bank became the new owner and proceeded to install a new management team which struggled to keep the bank going for a couple of years.  Then out of the blues, a bank that had four hundred and fifty branches nationwide was to be taken over by a much smaller bank with less than fifty branches – allegedly on the orders of the Presidency.  In those heady days in the vortex of high-powered intrigues, my Rotarian colleague was utterly lost and he remains bewildered.

Address delivered at the Rotary Foundation Dinner/Dance at the MUSON Centre, Marina, Lagos

Presidentialism is not serving Nigeria well: It’s time to ditch it

A destiny among the nations (2)

The effects of Coronavirus on the restaurant business in…