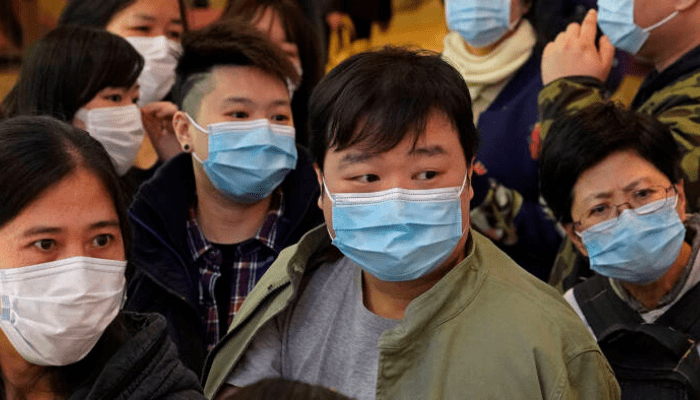 The Chinese Lunar New Year is the most important festival in the year for people of Chinese extraction. It is a time when people travel long distances to reunite with their parents and other family members.

In Chinese cosmogony, 2019 was The Year of the Pig. The Pig symbol is considered a generally positive one, indicating wealth and good fortune.

On the twenty-fifth of January 2020, the Chinese welcomed another Year, the year of the Rat.

People born in the Year of the Rat, according to Chinese Astrology, are instinctive and alert, which makes them good businessmen. They are cheerful and positive, but maybe stubborn, prickly and querulous. They will pass examinations and get promotions. On the downside, they may suffer from respiratory disease and heart problems.

Sadly, the transition from the Year of the Pig to the Year of the Rat has not been a happy one for China.The entire world is now beginning to catch a fever on account of developments out of Wuhan.

Wuhan is the capital of Hubei Province in central China. It is a commercial district through which flow the Yangtze and Han rivers. It is popular with tourists, especially between the months of March and September when the weather is warm.

It was observed recently that several people in the city began to show up in hospitals with fever, cough and other symptoms of respiratory infection. On close inspection, it was found that they were traders or recent visitors to a popular livestock and seafood market – the Wuhan “wet” market. This was a place where animals such as bats, snakes and other exotic delicacies – the Chinese version of “bush meat”, were sold alongside other livestock.

The story got more curious when it was discovered that the causative organism was a previously unknown and unnamed species of Coronavirus.

The coronaviruses are a large family of organisms capable of infecting human beings and animals. Before this century, their greatest presence was in the common cold, an annoying little affliction that carried little consequence. However, three times already this century, this group of organisms have caused great alarm and harm to human beings as they morphed into new varieties. The world was thrown into panic in 2002-2003 with the spread of the deadly SARS (Severe Acute Respiratory Syndrome) virus. The pandemic was only arrested by concerted multi-national action, including the culling of a large number of chicken in many countries, including Nigeria. A similar pattern of threat and reaction, on a smaller scale, followed in 2012 with the emergence of MERS (Middle East Respiratory Syndrome).

The Wuhan outbreak has marred the celebration of the arrival of the Year of the Rat and led to alarm and even panic in different parts of the world.

The Chinese government shut down the “wet” market and imposed a travel ban on Wuhan and nearby cities, effectively locking down about 60 million Chinese and foreigners in quarantine. They ‘cleared out’ hospitals to accommodate patients with the new virus and are rushing through the building of two new mega-hospitals to accommodate the overflow.

In the past few days, the numbers have stacked up, and the risk – both to the Chinese and the rest of humanity appears to be multiplying almost exponentially.

There have been more than a hundred deaths and more than four thousand people have been positively diagnosed. All the deaths, and most of the confirmed cases, have been in China. However, a number of cases have been diagnosed in sixteen different countries. All the people diagnosed with the illness abroad have been students and tourists who recently returned from China, or, more alarmingly, people who have been in contact with such persons.

How worried should the world, including Nigeria, be?

A lot of Nigerian traders and businessmen travel to the Chinese mainland regularly. In addition, there are thousands of Chinese expatriates in Nigeria working on road, rail and other construction projects. Many of them would have travelled home to usher in the Year of the Rat. Many would-be returning to Nigeria about now.

To compound the worry, it has been disclosedthat carriers of the virus may be able to spread the infection even before they are “symptomatic”. That means for some days before the fever or cough is reported or detected, a person may be spreading the virus. That renders border-control measures futile and means even the people on the plane with a ‘pre-symptomatic’ carrier have become potential ‘carriers’ themselves.

Although there is no acknowledged effective treatment for the disease outside of general medical supportive measures, Chinese doctors are said to be treating some severely ill patientswith anti-retroviral drugs.

What should Nigeria do?

A calm, common-sense strategy, as done in the United Kingdom, is probably the way to go. Chinese workers and Nigerians returning from anywhere on the Chinese mainland should be screened, but even those without symptoms should be advised to “self-quarantine” in their homes, for a two-week period, and perhaps followed up. It is a good time to reawaken public advocacy on basic hygiene measures such as hand washing in homes, schools and marketplaces, and avoiding crowded places.If positive cases are detected, more stringent public health measures may be required in affected localities. The public may be cautioned about the need to handle ‘bush meat’ with utmost circumspection. Basic preparedness, and the stockpiling of test kits and personal protective equipment, maybe in order, to deal with any cases that may emerge.

It could get much worse, unfortunately, before it gets better.

President Xi jinping of China, in frustration, has called the virus a “demon”.

Only when the demon is defeated, and the world is breathing easy, can the Chinese hope to settle down to enjoy the good things their astrologers have predicted for the Year of the Rat.

THIS WAS WRITTEN THREE DAYS AGO. SINCE THEN, THE SITUATION HAS DETERIORATED SHARPLY