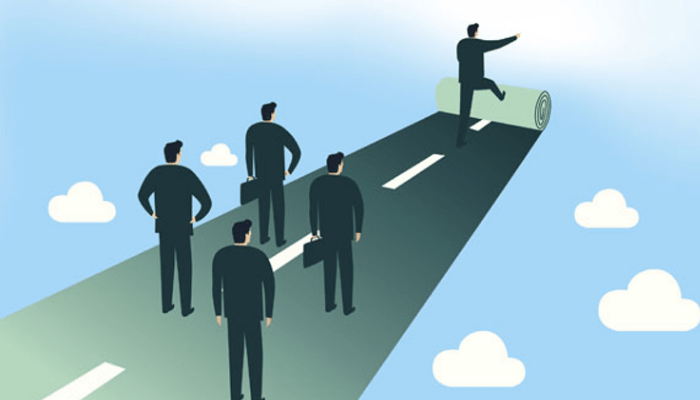 Doing evil is ultimately self destructive as your happiness and progress are inextricably linked to others. And by evil, I don’t necessarily mean someone who goes about chopping people’s heads off or casting spells on sundry enemies but I simply mean someone whose life is bereft of good. Just as scientists take the position that black is a lack of colour rather than a colour in itself and darkness results when there is lack of light, so can evil be said to be a lack of good.

Nigerians generally yearn to be treated well and those who don’t are obvious masochists who certainly need their heads examined. Sadly however, many are no longer used to being treated well and nor are they expectant of it. It’s such a pity. Unfortunately, some of us also go about it the wrong way, forgetting that what goes around comes around. The way you treat others will come back to you and this inevitably creates a vicious circle.

I tried a little experiment by greeting almost everyone I came across on my early morning jogs; which gradually aging knees have reduced to a more age-friendly brisk walk, and the results were quite revealing. The majority joyfully responded and some were even visibly excited. It quickly became apparent that some people whom I had been seeing almost daily during my walks and who I had already labelled in my mind as proud and mannerless for never greeting me first, were no worse than me.

Why should one’s supposed social status determine who should first extend a greeting? Why should I expect to be acknowledged when I’ve made it quite clear I’m not prepared to acknowledge another because “he’s not on my level?” It quickly dawned on me that the hard faced security man I’ve pretended not to see every morning only desires to have his existence recognized. To be acknowledged as a fellow human being. Extend to him a heartfelt “good morning” and watch his once grimaced face light up.

A good leader, after acquiring the right qualities himself must then raise, coach, train, teach and mentor his successor to sustain and improve on the good work done

I’ve always felt Nigerian leaders haven’t quite understood this. Treat people well and make them feel they matter, that they’re not invisible, that their concerns matter and back this up by actually performing well and they will willingly support you. Though our President may mean well, his propensity to talk at the people rather than with them hasn’t done him any favours. Aloofness, especially as a leader, doesn’t work no matter how noble your intentions might be.

We need to enlighten our children that the education they’re receiving isn’t just for it’s intrinsic value. The end game isn’t to make them feel clever or for them to see themselves as better than others but its objective is to positively mould their outlook on life. They need to made aware of the responsibility education has bestowed upon them to add value to their community, nation and to humanity. Equally important, they need to be taught that only by putting their society first do they in reality put themselves first. When things work, as they should, who ultimately benefits? One of my egbons once said something, which I love as it truly encapsulates a recurring theme in my messages and it’s this: “Lending a helping hand to others is a great virtue. Teaching that value (to our children) is a noble contribution to society, one family at a time.” That’s absolutely right. It’s a vital orientation I believe should be inculcated alongside academics at school, starting from Primary through to Tertiary. But it must start from home. These core values are essentially what leadership is all about. Without these, for want of a better term, we’ll just be raising clever but selfish crooks. I think our nation has more than enough of those already which is why we find ourselves where we are.

Your success and that of society ought to be interdependent, interwoven and mutually beneficial. It’s my strong belief that your level of success should not be measured by how wide the gap between you and the next person is but by how close the proximity. Implanting this in our children is the best way for us to positively influence the future. What a wonderful legacy this would be.

When our children were a little younger, if they had flu, I would always ask them before going to school if they had enough tissues in their bags to take them through the day. This was an effort to teach them the virtues of being proactive; to think ahead and to be prepared. It’s a quality that gives you an edge over your peers. Those who are, appear to be super smart because they hardly find themselves caught out or unawares. And yes, a disciplined person is smart.

Because we used to have problems with water due to pumping machine issues, I trained my children to always fill their buckets after having their baths, so should there be any issue with running water, there will at least be enough water available to take care of the next bath. Be prepared. What is the obvious lesson learned from the virgins in the bible, who missed the wedding because they ran out of oil for their lamps and had to go and get some more? They had calculated or projected that the bridegroom would arrive in two hours so they brought enough oil to last two hours. The smart virgins anticipated a possible delay in his arrival so they brought more than enough oil. That way they won’t need to go and get more later. Is this smart? Yes. Its smart because they thought ahead and prepared for possible eventualities.

We all pray that by the time our children grow up and start to experience the vicissitudes of this society more directly and not vicariously through us (the buffer parents lovingly taking the direct hit and softening the blow significantly before it gets to them) they’ll be better prepared. Even while we continue to pray that they won’t have to endure the unforgiving hardship we have had to put up with as a result of bad leadership. We pray too that our children who find themselves privileged enough to occupy positions of leadership in society will do things differently. This however, cannot happen by chance. A good leader, after acquiring the right qualities himself must then raise, coach, train, teach and mentor his successor to sustain and improve on the good work done. If not, we too would have acted like the foolish virgins by desiring something good for their future but failing to prepare them for it. They need to be adequately equipped with the right mindset, instilled with relevant and enabling ideals in addition to possessing required skills but like I said, none of these come by chance.