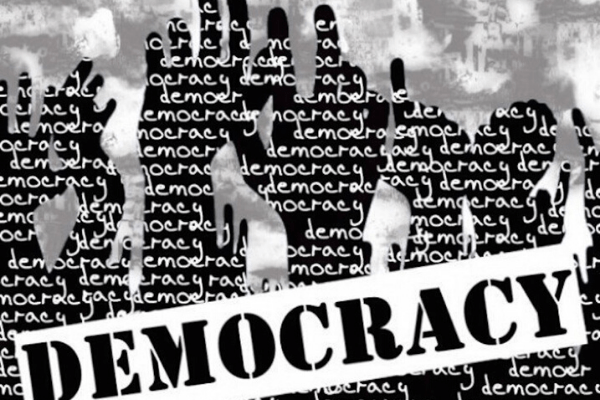 The so-called “dividends of democracy” remain elusive to many Africans. As earlier highlighted, democracy engenders development by increasing investment, educational attainment, provision of public services, human capital and state capacity. Democracy also spurs economic reforms and reduces social restiveness. Has Africa been a beneficiary of these touted benefits from its experiment with democracy thus far? Judging from the United Nations’ human development index, it could be argued that there has been a positive development trajectory on the continent. When juxtaposed with measures of freedom, however, a divergence is observed in recent years. Thus, it could be inferred that democracy may not be definitively attributed for the past improvements in human development on the continent. For if that were the case, a noticeable decline in progress should be observed in tandem with the recently increasing decline in freedom on the continent.

Why dividends from African democracies below expectations thus far

In practical terms, having already established the theoretical thesis, why has democracy underwhelmed on development in many African countries? Firstly, elected officials are rarely held accountable. This is not surprising since they mostly get elected through fraudulent electoral processes. Parliaments that are supposed to check the potential excesses of executives, tend to end up being little more than rubber stamps; especially when controlled by ruling parties. And since victory at the polls is significantly subject to elite manipulation, politicians are largely insensitive to the needs of the people. Apathy on the part of a frustrated and disillusioned populace consequently contributes to a vicious cycle that strengthens the manipulation machinery of the elite.

Secondly, political participation is largely exclusionary due to high barriers to entry related to ethnicity, financial capacity and corruption. Political parties charge exorbitant fees for registration and other party-related financing. Campaign costs are also prohibitive. There are similarly huge expenses borne by politicians for dishing out patronage; which they almost always make sure to recoup when they eventually win. Thus, “although democracy appears to yield economic benefits over time, the transition to democracy has not fostered dynamic economies or substantial improvements in welfare in most of Africa” (Lewis, 2008).

Thirdly, state capacity remains weak in most of Africa. This is because ethnic institutions still hold sway in many African countries, especially in rural areas far from capital cities, where whatever state capacity there is tend to be concentrated. A colonial legacy is responsible in part for these circumstances. In fact, it has been shown that the economic performance of partitioned ethnicities remains similar despite being under different national institutional arrangements. For instance, using light density at night as a proxy for economic activity, one study finds a significant relationship between pre-colonial ethnic institutions (stateless ethnicities, petty chiefdoms, paramount chiefdoms, and pre-colonial states) and regional development in Africa. In other words, kingdoms, empires, chiefdoms and the like, that were in place before European colonisation continue to be relevant to African development. And the rigidities of these pre-colonial ethnic-based political centralizations explain the incapacity of some African states to exercise full authority over property rights, tax collection and monopoly of violence to this day.

Fourthly, western liberal democracy is a foreign concept. Little wonder, Bradley (2011) contends African perceptions of democracy differ from the Western view. This may explain why “democracy” has not been effective for development on the continent; in light of its increasing decline. Recent African elections have either been fraudulent or violent or both. True, there have been some positive outcomes from the African democratic experiment thus far. Still, it could not be definitively said that democracy has engendered relatively more development for African countries. Rwanda, which is regularly mentioned as an African development exemplar, is an autocracy in practice, for instance. It could actually be argued that African elites have found that it is easier to manipulate state resources under a flawed or pseudo-democracy than an autocracy. Thus, the assertion by Jotia (2012) that “liberal democracy has impeded development in Africa rather than nurturing it” is succinctly true.

Still, there is evidence that democracy has indeed been germane to economic growth for some African countries. Using data for 43 Sub-Saharan African countries over the period 1982-2012, for instance, Masaki & Van de Walle (2014) find “strong evidence that democracy is positively associated with economic growth, and that this democratic advantage is more pronounced for those African countries that have remained democratic for longer periods of time.” More specifically, Narayan, Narayan & Smith (2011) find support in varying degrees for the democracy-development nexus in Botswana, Niger, Chad, Ivory Coast, Gabon, Madagascar, Rwanda, South Africa, Swaziland and Sierra Leone. In any case, Cheeseman (2015) asserts that in spite of the negative narratives around Africa’s experimentation with democracy thus far, about a quarter of Sub-Saharan African countries could be considered to be relatively democratic.

In sum, democracy, while underwhelming in general on the continent thus far, has great prospects for tackling some of the widely acknowledged constraints on African development like ethnicity, nepotism, corruption and so on. Using data on road-building in Kenya, for instance, Burgess, Jedwab, Miguel, Morjaria & Miquel (2013) show high level of ethnic favouritism during earlier non-democratic periods, when “districts that share the ethnicity of the president receive twice as much expenditure on roads and have four times the length of paved roads built”, disappears during later periods of democracy. Furthermore, Cheeseman (2014) finds in Kenya and a couple of other African countries that a rising middle class is aiding democratization across the continent, arguing “contemporary demographic changes will improve the prospects for democratic consolidation.” Thus, the prospects of democracy on the continent remain bright. But will development happen in tandem?