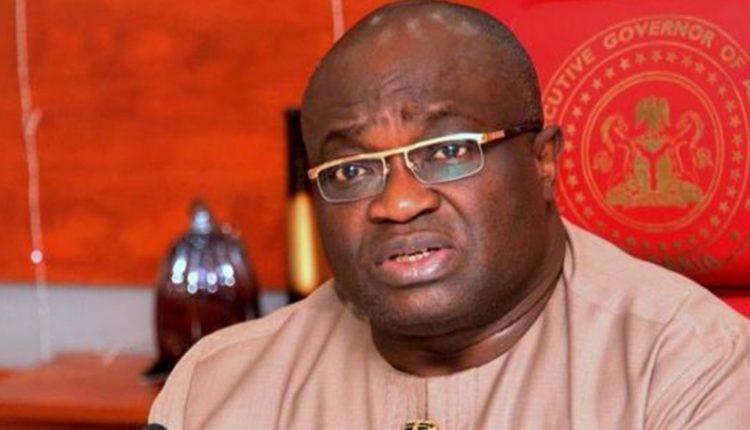 These are sad times in Umuahia and most parts of Abia State. The gloom over God’s own state flows from open and not-so-open sources. The open one is the painful departure of the Commissioner for the Environment, Solomon Ogunji.

Ogunji’s departure has left many citizens in deep mourning. They range from Governor Okezie Ikpeazu through Senator Enyi Abaribe to my childhood friend and kinsman Stephen Nwulu. Nwulu shareda hostel room with the dearly departed, as well as the Otuonu Political movement. It is a painful exit.

Ogunji’s death came at a most inauspicious time, though even very advanced age is not an excuse for the visit of Dr Death. Just two weeks ago, Umuahia was in high spirits. Ikpeazu was preparing for the take-off of his most ambitious road project yet.

The N27 billion repairs of five major roads in Aba holds the promise of a total reconstruction of Ngwa, Uratta, Port Harcourt, Ohanku and Obohia roads. It had the support of the World Bank, and Abia State had paid its counterpart funds. What is more? The governor had entrusted the supervision of the signature project to Solo Ogunji, his friend of four decades. The projects ought to take off this week by the initial schedule before death visited.

Roads have been a significant concern of all stakeholders of Aba. The poor state of many roads undermines the achievements of Governor Ikpeazu. With each step he takes that deserves accolades, all that critics need to do is point to the roads. Ikpeazu then went all out to get not just the funding but the commitment of development partners to the Reconstruction of Aba Roads project.

Stakeholders of Aba remember with pains the challenges of the roads, including the Ndiegoro Disaster of the 1980s. As an Aba boy, Ikpeazu has made fixing the roads a key task such that people no longer refer to those days and the subsequent total collapse of the roads in the city. It is a commitment that he should pursue with all his might. The unfortunate demise of Solomon Ogunji should be a further impetus. The governor should ensure faithful implementation of the works on the roads in tribute to his friend who has lately served Abia State very well.  Adieu, Dr Ogunji. Take heart, Governor Ikpeazu, Senator Abaribe and all stakeholders.

The other source of sadness is thankfully not morbid, but it has also raised concerns. For several weeks now, Aba-based lawyer and engaged citizen Emperor Ogbonna has shuttled between stay in prison at Afara to detention in EFCC custody in Abuja. The story is that Ogbonna defamed Governor Ikpeazu on social media posts that he did not even originate. He was a trenchant critic of Government House, Umuahia.

The Federal High Court granted Emperor Ogbonna bail on the charges brought under the Cybercrimes Act 2015. As the story goes, once Barrister Ogbonna finalised his release papers, the Chief of Staff to the Governor A.C.B Agbazuere led federal officers to arrest him again. This time the offence is supposed to be for criticisms of President Buhari.

Agbazuere issued a statement confirming these facts in response to the Nigerian Bar Association. “As Chief of Staff to the governor, who was also mentioned in the press statement, I am compelled to put the records straight that the NBA press statement confirmed that at least Ogbonna has accepted that he re-shared a post in his Facebook page that Governor Ikpeazu went to India and took an oath before a Hindu god to mortgage Abia State. He also made other posts on this. Governor Ikpeazu has never visited India all his life and as a law-abiding citizen, he took recourse to the law instead of self-help.  The governor reported this case of cybercrime to the Police and the Police arrested Mr Ogbonna and charged him before the Federal High Court in Umuahia for cybercrime and not terrorism as the misinformation from NBA Aba opines.”

It is an unfortunate turn of events for these Aba folks who walk in the same circles. There is a human angle to the story as Emperor Ogbonna’s wife is heavy with child. I join the many voices that have appealed to the governor to look beyond legalism in this matter

Agbazuere added, “I have asked questions and I understand that the said Emperor Ogbonna was now arrested because he had made other divisive and subversive comments on his Facebook page against the President and the Federal Republic of Nigeria referring to Nigeria as an Islamic Republic, among others.”

It is an unfortunate turn of events for these Aba folks who walk in the same circles. There is a human angle to the story as Emperor Ogbonna’s wife is heavy with child. I join the many voices that have appealed to the governor to look beyond legalism in this matter.

We will speak to the challenge of the open manhole that is the Cybercrimes Act 2015. It goes beyond the current case of Okezie Ikpeazu and Emperor Ogbonna. Across the land, government officials are locking up citizens deploying the hydra-headed Cybercrimes Act for what would have been libel cases.

Some legal drafter smuggled into the Cybercrimes Act a section on reputation. The Act turned defamation, a tort that still exists in our books, into a criminal offence rather than a civil one. Since then, offended parties no longer go through the civil liberties route of lawsuits. All they do now is involve the police who do the perfunctory duty of taking it through a magistrate’s court and then incarcerating the offender. Kemi Olunloyo spent more than a year without trial. The National Assembly should consider it for urgent review with the removal of some elements. The Cybercrimes Act 2015 is a utility hole in the middle of an expressway. Anyone can drive into it, even in broad daylight.