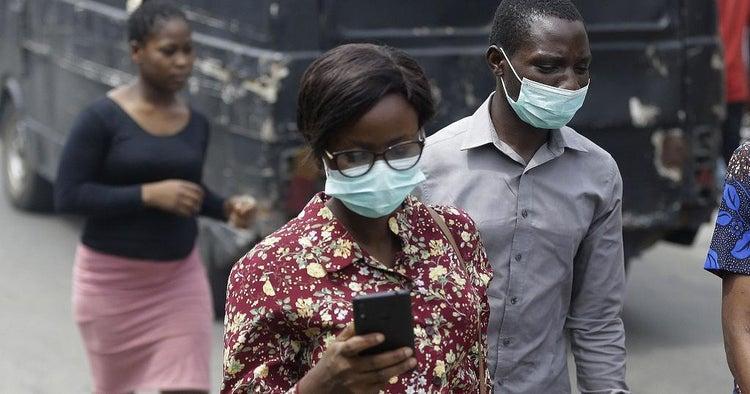 The coronavirus has plunged the world into a state of fear and uncertainty as many face sickness, isolation, financial hardship and information overload. At the initial stage of the coronavirus outbreak, it is either those in authority in Nigeria do not know what to do to freeze the spread of the virus, or they thought the disease would not be imported into the country. As thoughts on this article were put into words, the COVID-19 is “accelerating” across the globe at a fast rate. The global economy has slipped into recession, according to the International Monetary Fund (IMF). While Nigeria, according to the Finance Minister, may be experiencing another recession soon. So, Nigeria may be experiencing a second recession in a period of 5 years. It is a sad development.

As you read this article, Lagos State is the epicentre of the disease in Nigeria. Initially, most of our people thought that COVID-19 was a disease peculiar to those in the temperate region. With this mindset, most of us were busy doing what we are best known for-buying and selling- even when the index case was reported in Nigeria.  Why should we bother about a white man’s disease, some asked? The ignorant in our midst say coronavirus is not in Nigeria. They got it completely wrong! Many of our people do not know that the virus was imported by persons coming to the country before the land, sea and airports were closed.

As soon as confirmed cases increased, Lagos, Ogun and other state governments shut schools and banned public gathering of more than 50 people. Despite restrictions, some worshippers gathered in worship centres to pray. One wonders why most Nigerians irrespective of their status in the society – poor, middle class and rich – do not have the self-control to obey lawful instructions to stay at home.

Nigerians woke up on 22 March 2020, to watch video clips of policemen from one of the state Police Command in the South West geopolitical zone going around some churches to enforce the law.  Some churches and other religious bodies obeyed the order issued by their governments while others thought it was a day for their members to offer praises and offertory to God. Why is it difficult to pray at home until the plague is over?

Rather than play the ball not the man, some critics have questioned the legality and legitimacy of the ban on public gathering issued by the federal and state governments. It is unbelievable that at a time when more than 28,000 people have been consumed by the virus globally, some are more concerned about legality and legitimacy of restriction on movement. This debate makes no sense to me.

In the face of the pandemic, marriage ceremonies and birthday parties were going on as usual. Some friends and family members see those who did not attend such occasions as “fools”. While those who did not go to church on Sunday were regarded as “sinners”. Anyway, reports have it that a few Nigerians who attended a birthday party in London earlier before the movement restriction in Nigeria tested positive to the virus.

One wonders what the motivation could be for not complying with an order that will save the lives of all. It is written in the Holy Book that “the Lord does not take pleasure in burnt offerings and sacrifices as much as obeying the law? Behold, to obey is better than sacrifice, and to harken than the fat of rams.”

Now, it is very clear that the coronavirus is no respecter of anybody. Those who did not obey what government and authorised health agencies are saying may likely bring punishment on themselves. That is why this writer strongly advocate that Nigerians should be compliant and receptive to instructions from the government concerning the COVID- 19.

What started with one positive case in Nigeria has gone beyond 80 cases within a few days. The risk is high. No one knows the number of those exposed to the virus as you read this article. Government officials who came from abroad but refused to be tested at the port of entry are advised to self-isolate. If they refuse to self-isolate as prescribed by medical experts, it is their choice and they should be prepared to face the consequence. It is regrettable that their recklessness and disobedience will endanger the lives of innocent Nigerians.

In the absence of medical solutions for coronavirus, people all over the world are turning to natural solutions including herbs, chicken pepper soup and pepper amongst others. Banned products are allegedly being used now because of frustration and desperation. Some governments in Africa and Asia are reported to be actively promoting the use of alternative medicine to prevent the disease and manage symptoms.

With coronavirus, there is fear of the unknown. At times like this when there is a pandemic, provision of adequate health services is the most expensive social service any government- local, state and federal- can be called upon to provide for its citizens. As orthodox medicine is very expensive, we have seen in the past few weeks that developed economies have not been able to provide adequately for the medical needs of their people. Not even the United States of America has been able to provide adequate health services to the satisfaction of its people in order to wage war against this invisible enemy called COVID-19.

Science created the coronavirus. And if the deadly virus is to be destroyed completely, it is science that will do the job. Until now, scientists insist that viral infections do not have any cures and will run their courses of between two weeks to four weeks

Science created the coronavirus. And if the deadly virus is to be destroyed completely, it is science that will do the job. Until now, scientists insist that viral infections do not have any cures and will run their courses of between two weeks to four weeks.  They say the body can only be helped with treatments to ameliorate or remove the symptoms and prevent complications. They, however, say that viruses can be prevented by immunisation with vaccines and boosting the immune systems with several other methods. The most interesting one that has gone viral on social media is the claim that the virus can be “cured” with pepper. It claims that coronavirus is “Pepper Deficient Syndrome,” and indicates that eating pepper soup can offer protection.

In the absence of any official drug from the World Health Organization (WHO), one will advise that social distancing and isolation should be taken seriously to reduce the spread of the deadly virus. Keeping Nigerians who have tested positive to the virus and those who have had contacts with them in isolation will go a long way to “flatten the curve” of the COVID-19 pandemic.

If we can lockdown, we should go ahead immediately. It is better late than never. Those in authority should be more aggressive in enforcing measures aimed at containing the spread of the virus, such as: social distancing, contact tracing, testing, and isolation of suspected cases and ensuring that messages get down to the grassroots.

But how will above strategies work when some Nigerians who flew into the country from overseas were alleged to have filled wrong addresses and phone numbers in their health declaration forms. If billions of Naira being spent by governments, corporate organisations and individuals, including the valuable time utilised by health experts were to be impactful, we should obey lawful orders of government. As the number of those infected by the virus increases, let us bring ourselves up to speed with directives from authorised health officials. The only choice we all have now is to be compliant and receptive. Thank you!

Ideas for a new Nigeria: The question to rule all industrial policy questions