COVID-19 hovers over the oceans 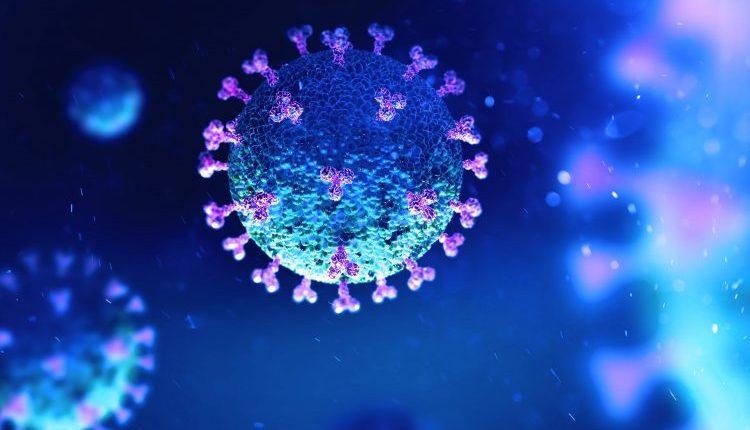 The oceans is not the natural habitat of mankind. That is why most of us do not appreciate the oceans because we live on land. To make matters worse as we observe the disorderliness of lives during the pandemic, most of us have forgotten the oceans. But those who have ships, containers, goods, friends and family members at sea cannot forget the oceans.

The open ocean spreads across three-fourths of the Earth’s surface. Those who had sailed, and are still sailing know that the oceans is a place of storm and danger, both natural and man-made. An example of a man-made danger at sea is seen in the Iranian missile fired during a training exercise in the Gulf of Oman which struck The Konarak, a Hendijan-Class support ship near its target recently.

Until you relate with the oceans, you may likely not understand how the enterprise- legal and illegal- contained in it flourish daily. If you sail through the oceans over time, you will notice its efficiency accompanied by challenges. The challenges posed by shipwrecks, pollution, the hard lives and death of sailors, large ships, and the growth of two pathogens: A modern and sophisticated strain of piracy and its close companion- maritime sabotage.

The widespread disorder of the oceans is hard to explain in writing. But nations that ignore the oceans do so at their peril. For most of human history, with few exceptions though, the open ocean is a forbidden zone- a place of horror- real and imagined- that has made it notoriously dangerous for mankind to use. In order to have ships ply the oceans unhindered among other reasons, navies are established. And in order to protect commerce and trade, navies maintain presence at sea whether there is pandemic or not.

COVID-19 has wreaked havoc on trade, economy and shipping worldwide. As expected, the whole world has been focusing on the spread of the coronavirus which is of humanitarian concern. The financial markets globally have been under a lot of pressure while the impact on shipping industry has so far been substantial.

COVID-19 has wreaked havoc on trade, economy and shipping worldwide. As expected, the whole world has been focusing on the spread of the coronavirus which is of humanitarian concern. The financial markets globally have been under a lot of pressure while the impact on shipping industry has so far been substantial

During global lockdown, most shipyards in the world were abandoned, shipbuilding activities were slowed down, and many ships could not complete dry docking. Most nations are dependent on China’s manufacturing sector for their basic necessities and raw materials. These nations are hard hit by COVID-19. In fact, COVID-19 has shattered oil demand and sunk prices among other risks. That is why most maritime experts were not surprised to read the headline report: “Nigeria to lose 75 percent port revenue as crude oil price, and shipment decline.”

With gradual ease on lockdown restrictions, shipbuilding activities have continued slowly but steadily. And operations have been resuming bit by bit despite reduced personnel globally. This is a development expected as shipping is linked with trade in several ways. After the spread of the virus, we expect a strong rebound to follow in the market.

In these difficult times, the ability for shipping service and seafarers to deliver vital goods including medical supplies and foodstuffs will be central to, and eventually overcoming this pandemic. If the flow of commerce at sea is not to be disrupted unnecessarily, it the responsibility of navies. So, when one reads that a navy ship has reported a coronavirus outbreak, and is returning to port, one is concerned.

You may recall that the USS THEODORE ROOSEVELT, a nuclear-powered aircraft carrier with those testing positive above 615 sailors according to reports. The commanding officer of the vessel was relieved of command for asking for help to contain the outbreak. In the midst of the controversy, an Acting US Navy Secretary resigns his appointment.

As naval ships worldwide seek to mitigate the threat of the disease without undermining their operational effectiveness, there was a report of coronavirus outbreak on board CHARLES DE GAULLE, a French nuclear-powered aircraft carrier. The 1,081 cases diagnosed among 2300 sailors on the French Navy’s nuclear-powered aircraft carrier and its accompanied ships exceeded that of USS THEODORE ROOSEVELT.

This was followed by reports that at least 18 sailors of a destroyer, the USS KIDD, have tested positive to the pandemic. Several sea power experts have warned it was impossible to eliminate risk on naval vessels with cramped living quarters in which social distancing was impossible.

From basic seamanship, naval ships try to avoid contagious disease outbreak because they work at it by striving to keep their vessels clean regularly from stem to stern. Unfortunately, aforementioned naval ships could not withstand the pandemic and they are back in harbour.

When those who are charged to maintain law and order at sea are falling to the ferocious attack of the pandemic, the oceans and ports are put in tight spot. That was responsible for mixed reactions displayed by maritime analysts when the Governor of River State, Nyesom Wike, was reported to have closed seaports in River state. Some analysts say, may be the governor drew inspiration from what happened at Marseilles in 1720.

Please, permit me to render a flimsy on the Plague at Marseilles. In 1720, a ship was quarantined at the port in Marseille, South of France, because a strange infection was killing people on the ship. It was an imported virus which was brought into the country by sailors because authorities in Marseilles could not afford to lose all valuable goods on the ship as it was considered that the economy may collapse. So, the Deputy Mayor of Marseille lifted the quarantine in order to “help the economy”. Unfortunately, more than half of Marseille died. A pity, you may say.

As the COVID-19 hovers across the oceans, we have seen its impact on board a few war ships across the globe. There could be other cases neither reported nor made public. As we ease lockdown, relevant agencies need to pay utmost attention to Nigeria’s sea ports across the country and to enforce the quarantine order of Mr President that: “Only ships at anchorage/quarantine for 14 days may be allowed to come into the ports to discharge their goods.”

All protocols in dealing with the pandemic must be strictly adhered to at our seaports. Most importantly, all sailors and imported goods must pass through a cleansing station at our seaports before coming ashore. Why? Global trade must continue in a safe, secure and environmentally friendly manner during and after the pandemic. Thank you!

Tomato Jos secures Series A round funding of €3.9m