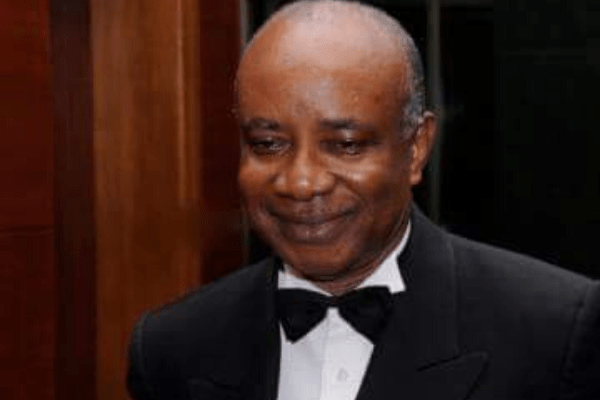 Sunmi Smart-Cole is probably the most sought-after ‘Society Photographer’ in Nigeria. Prominent among his clientele are the well-heeled, who want him to capture weddings, anniversaries and other events for their own delectation. But Sunmi is more than just a ‘Society Photographer’. He is an Artist, using photography as his medium. He is a writer,
who speaks with pictures. He has been a whole lot of other things besides – barber, musician, newspaper editor. And a footloose aesthete whose passion has driven him round the world, soaking in enough experience to populate several lifetimes.

Spending an hour in casual conversation with Sunmi in his digs at Yaba, where the walls are covered with black and white photographs of people, places and landmark events from all over the world, you get to hear the most surprising facts, dropped in a deadpan manner. Recently, a client took his wife to Bermuda to celebrate her birthday. They had a choice of photographers, but the celebrant insisted on Sunmi. It was an inconvenient time, because Sunmi had some urgent personal matter to settle in London. Eventually they agreed he would fly out early, spend a couple of days in London to sort out his matter, and meet up with his ‘employers’ in exotic Bermuda. All, of course, on their money. Delighted, they agreed. Needless to say, the assignment went off like a song.

Sunmi’s book is a heavy coffee-table tome, titled ‘Sunmi’s Lens – Medium Between Man And Nature’. It is beautifully bound in white. On the cover is a little white bird, cast in a miasma of darkness relieved by a distant glean of light in the sky. It could be the first suggestion of dawn or the last vestiges of a waning day. For attractiveness alone, the book would look good in the anteroom of a business executive, a doctor’s consulting room, or in the well-appointed sitting room of a pushful wannabe on Banana Island.

There are no page-numbers, giving the impression of one flowing story from the first picture to the last. Every picture indeed is a story on its own – a moment in time and space, somewhere on the planet earth, when something struck the imagination of Sunmi or caught his eye, and he reached for his camera and made permanent what he saw in his mind’s eye. A sunset. A sunrise. A bird poised to take wing. Beautiful Bimbo – the camera-shy, enigmatic icon of Leatherworld lounging in a chair that resembles a hammock. Lanre Ogunlesi and his wife (‘Sofisticat’, ‘Adam And Eve’) beaming in a moment of expansive mirth. A young girl sitting by a basket of fruits she has to sell up before sunset, while she’s thinking in her head ‘I’d rather be in school’. In that one pose, Sunmi captures the pathos of a country with thirteen million children out of school.

There are other images. The pure joy of Emeka Anyaoku – a man not given to emotion, rushing forward with outstretched arms to embrace Olusegun Obasanjo one week after his release from prison and certain death. The unscripted drama of a man helping an old lady across the rickety plank bridging over a roadside gutter. Mandela – sipping from a glass of water in Addis Ababa one month after leaving Robben Island. The caption – ‘I’ll Drink To
Africa’. If Sunmi’s book tells a story, it is about the reach and variety of his creative talent, and his ability to turn the mundane into the spectacular. Every one of the black and white images tells of life, of nature, of a moment in time riding on the crest of power – Ibrahim Babangida being welcomed home by Hassan Usman Katsina in 1991, looking for all the world like an Emperor whose sun was set to shine for ever, or a dejected labourer sitting road-side in the nadir of despair. Every picture jumps up from the page and speaks to the reader in a way that is apt to be personal. Billowing dark clouds reminiscent of Hiroshima (‘Down With Nuclear Weapons’).

An oil rig with, nearby, dark fumes of gas being flared (‘Air Pollution In The Niger Delta’). The highlife maestro Zeal Onyia, his cheeks distended with compressed air as he blows his trumpet. The white-washed vicarage of St Thomas’ Anglican Church, Badagry – the first storey building in Nigeria. A rock outcropping in the middle of the sea in Hawaii, resembling an elephant in repose. A rickety boat packed with young men and women, sailing in turbulent waters in the creeks, with a high wave threatening to engulf them (Stormy Times in the Niger Delta’).

Sunmi is 78 years old. He is still hitting the road, perpetually inquisitive, perpetually insinuating himself into the hidden corridors where History is being made. He is, he tells you, working on his autobiography. In this one, he will use words, along with pictures, he says.
Sunmi has ‘been there and done that’. He knew and interacted with almost everyone who has been anyone in the power circles of Nigeria, from Independence to the Fourth Republic.

Some of the stories he tells are hair-raising. He has a penchant for asking odd questions, out of the blue, like a schoolteacher who is sure his student will not get the answer right. ‘Do you know who really killed Dele Giwa?’ Or, at
another time, ‘Do you know what happened when Obasanjo visited Clinton just before his inauguration and the Secret Service came up to his hotel-suite to inform him that a notorious Nigerian doctor wanted to see him?’

‘Don’t worry’ he pats your arm, almost patronisingly. ‘You’ll read all the details in my autobiography – soon’. From the foreword written by Wole Soyinka to the very end, the reader is bound to feel he has journeyed through an aesthetic and emotional tour de force, going through Sunmi’s book.

‘SUNMI’s LENS’ is published by SSC Publications Limited. It is available at QUINTESSENCE, Parkview Estate.

Life 101: An important Class on Greatness

How Nigerian leaders destroy institutions under the guise of…