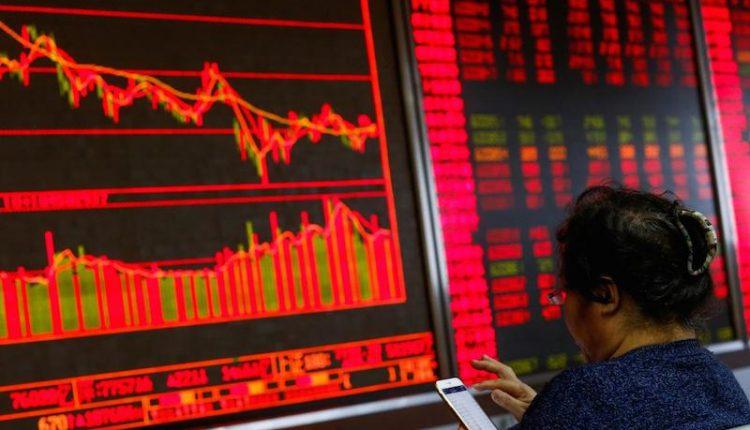 Amid the Christmas meltdown, the Dow Jones plunged to less than 22,000, the lowest since September 2017. Thereafter, it soared over 1,000 points; the biggest single-day point gain ever. Nevertheless, it has declined 4,000 points in two months.

It is this historical market volatility associated with the Trump administration that now overshadows world economy and China. In recent weeks, the U.S. economy has become increasingly exposed to policy mistakes and drastic market fluctuations.

In 2019, Chinese economy will have to cope with great international uncertainty and even more extraordinary market volatility.

Recently, New York Times reported that China was amid “a steep downturn.” Indeed, since the U.S. trade wars last spring, there has been much chatter in the West about the “China’s economic slowdown.”

Once again, the not-so-informed observers have focused on quarterly growth, at the expense of annualized growth. In this regard, 2018 was an exceptional year in China and elsewhere. In the first half, global recovery was still gaining ground. In the second half, Trump’s trade wars caused substantial collateral damage that will be felt even more in 2019, in the absence of a constructive reconciliation.

Yet, China’s growth forecast for 2018 remains 6.5- 6.6%, after a strong first half. Moderation will ensue in the second half and especially in 2019, depending on U.S. tariffs and slower demand worldwide.

The government’s GDP growth target, which may be formally announced only next March, is likely to reflect steady deceleration, due to international headwinds, particularly the trade wars, and more secular pressures, such as demographics, slowing cyclical growth, and other environmental, debt and real estate market issues

Overall, such deceleration is normal after years of rapid industrialization and growth acceleration, however.

On the other hand, policymakers cannot accept too much deceleration either. While the country’s economic growth is decelerating, Chinese living standards should continue to rise. The effort to double average incomes – as measured by GDP per capita, with purchasing power parity – between 2010 and 2020 requires growth to remain around 6.1% in 2019-2020.

In international comparison, Chinese growth rate is currently positioned to decelerate from 9.6% to 5.6% between 2008 and 2023. Despite this deceleration, living standards will almost double. In 2008, Chinese GDP per capita was less than $7,900. By 2023, it could increase to more than $21,200. That would indicate that Chinese living standards would almost double in 2010-20.

Furthermore, since current growth is around 6.5%, policy authorities are likely to prefer gradual deceleration, which fosters stability, over more abrupt slowing growth, which is perceived as disruptive.

Finally, China’s potential growth continues to indicate that a growth rate that exceeds 6.0% is achievable and viable, though certainly not an easy task in the current international environment.

The government is likely to prefer supportive fiscal policy as the primary tool to ensure stable growth. In this quest, fixed investment, particularly infrastructure, is expected to play a key role as consumption and export growth are likely to slow – the former due to increasing consumer caution, the latter due to the trade wars.

China’s monetary stance is likely to remain accommodative, which implies mild, but manageable rise in inflation (closer to 2.5% rather than 2.2% in 2018). Consequently, Chinese yuan is likely to soften against the U.S. dollar up to 7.0, as long as the current tensions overshadow the bilateral U.S.-Sino relations.

While Washington is pushing for abrupt changes in Chinese economic policies, Beijing will stay the course, as President Xi Jinping said in the recent 40-year anniversary of Chinese economic reforms.

In practice, policy focus will continue to shift from cyclical stimulus and debt-fueled growth toward structural reforms, higher-quality growth and the rebalancing of Chinese economy from investment and exports toward consumption and innovation by 2030.

If, in the course of 2019, U.S. trade wars broaden disruptively from exports to investment and intellectual property, international environment may require substantial downgrading of economic prospects in many major economies.

Even in a benign scenario, the global recovery that began in the advanced West in the aftermath of the global crisis of 2008, thanks in great part to China’s dramatic growth through those years, is set to slow down in 2019-20.

The major advanced economies are heading toward a complicated, economically challenging and politically divisive stagnation. Unfortunately, much of these downside risks remain under-valued in the West.

The greater the gap between misguided perceptions and economic realities, the more challenging will be the awakening.

Dr Steinbock is an internationally recognized expert of the multipolar world economy, founder of Difference Group Ltd and has served at the India, China, and America Institute (US), Shanghai Institutes for International Studies (China) and the EU Center (Singapore). For more information, see http://www.differencegroup.net/

Now is good time to buy real estate in Nigeria

Will democracy succeed in Nigeria?

One person’s glimpse of life after the virus