Britain and the new scramble for Africa 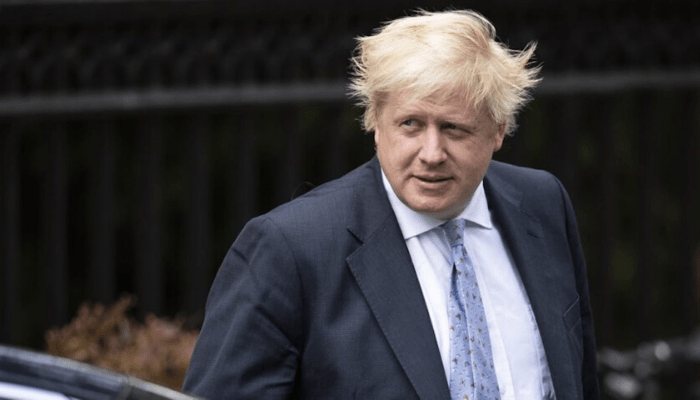 Let me place my cards on the table: I have always been partial towards Britain. Apart from my Nigeria, it is the only other place I can call “home”. Sadly, we would never forget that the British colonialists wilfully left behind a lopsided federal contraption that was inevitably to lead to a civil war that consumed more than 2 million Nigerians. To forgive, they say, is divine.

The Britain-Africa Investment Summit came and went last week, the first of its kind on British shores. Some 21 African countries attended the event.

In his welcome address, Prime Minister Boris Johnson described Britain as a “one-stop-shop for investment and business”. He also spoke passionately about his ambitions to develop strong trade relations with Africa. In the pre-conference announcement, the organisers declared that their objective is to make London not only the destination of choice for “development financing” but also the largest source of FDI for Africa. They also aim to make Britain the largest investor in Africa among the G7 nations by 2022.

The event was finalised with a banquet at Buckingham Palace hosted by Prince William, Duke of Cambridge.

Among the immediate outcomes was the announcement by CEO of the financial agency CDC that they would commit funding to the tune of £2 billion (equivalent to $2.61 billion) to support companies investing in Africa, in addition to £400 ($523) for SMEs aiming to develop trade and business investments in Africa).

The CEO of the agency Nick O’Donohoe was quoted as saying that, “Investors have a real opportunity to embrace the U.N.’s Sustainable Development Goals — in partnership with African countries and businesses — to fight climate change, create jobs and skills, and bring about positive social and environmental change”.

The DFID also announced that they are creating a partnership fund with the African Development Bank for investment in African infrastructures development.

From all we gather, it was a successful event. Britain and our continent have had a long and chequered relationship. Britain was one of the imperial powers, the others being France, Portugal and Spain. British influence spans Southern Africa, to East Africa and West Africa, together with Sudan and Egypt.

Britain is a world leader in technology and innovation. Its first-tier universities – Oxford, Cambridge, Imperial College, London School of Economics, University College London, Edinburgh and Warwick – are the gold standard throughout the world.

The computer is a British invention. It was invented by a Cambridge mathematician, Charles Babbage, while he was developing an algorithm to decode German military communications during the Second World War. The World Wide Web was also invented by another Briton, Sir Timothy Berners-Lee, an Oxford-educated engineer and computer scientist.

Britain is a world leader in petrochemicals as well as in biotechnology. British scientists discovered DNA and Britain has been a pioneer in developing a DNA database. It is also a world leader in telecoms, aerospace and shipping, railways and other transport infrastructures technology. Peter Higgs, of Edinburgh University, working with five other physicists, was first propounded the theory of the Higgs boson , a particle that was later discovered in 2012 at CERN’s Large Hadron Collider, a $10 billion dollar laboratory constructed by the Europe Centre for Nuclear Research. The new discovery explains how mass works at the sub-atomic level.

The Thatcherite neo-liberal economic policies of the eighties did serve to rejuvenate Britain as a nation, but it was largely at the expense of industrial development. Most of the capital and investments moved into high finance, with the City of London becoming the financial hub of Europe and the world.

More than a trillion dollars pass through the City of London financial hub every single day. Today Britain is the centre of the global Eurodollar market as well as the highest net exporter of financial services in the world, ahead of the USA, China, Japan and Germany.

The biggest factor driving Britain’s new scramble for Africa is the imminence of Brexit. After years of heard-wringing and rather bitter political altercations, the December 2019 elections and the emergence of Boris Johnson as Prime Minister have settled the debate.

It is now a foregone conclusion that Britain will leave Europe. British leaders themselves are aware that Brexit will come with consequences. Already, several major firms are re-locating to continental Europe.

Capital worth more than $770 billion is forecast to be haemorrhaged out of the City of London. It has, therefore, become imperative for Britain to cultivate new business and trading partners. The obvious suspects are the United States and the older Commonwealth Dominions of Canada, Australia and New Zealand, in addition to the virgin territories of Africa.

I did my doctoral work on European politics and economics. Brexit has been one of the biggest surprises of my career as a global analyst. I spent 5 years in Brussels as Chief of Staff of the 79-member African, Caribbean and Pacific Group of States (APC), an intergovernmental body that has treaty agreements covering trade, finance and development cooperation with the EU. I have worked closely with colleagues in the European Commission and the European Investment Bank. I have first-hand understanding of European institutions and their workings. We never really expected Brexit to become a reality, despite the uncouth ranting of Eurosceptics like Nigel Farage in the gilded chambers of the European parliament.

With the benefit of hindsight, however, we ought to have seen it coming. There is, in the heart of Europe, a bureaucratic beast that has no soul and no spirit. The beast speaks a strange bureaucratic language anchored on the idiom of power without accountability. It is the kind of language that was bound, sooner or later, to grate with the recalcitrant island dwellers of Britain that fought a bitter war to save Europe from Hitler and the Nazis. Having never been conquered since Roman times, the Anglo-Saxon Britons will forever be suspicious of any supranational scheme that may eventually result in a surrender of their sovereignty and hard-won liberties.

The London summit was not without its critics. Civil society groups picketed outside the Docklands Intercontinental – the venue of the event – with banners such as, “Stop the New Scramble for Africa” and “No to Empire 2.0”. An academic the School of Oriental and African Studies (SOAS) lamented that “British politicians have long used Africa as a space into which to project a sense of personality of moral purpose, particularly at times of drift or crisis at home. This image-projection often disguises a paucity of ideas”.

As the leading economy on the continent, Nigeria ought to assume leadership in driving British-African business relations. The opportunities are immense.

Amotekun is shaping up well—Makinde