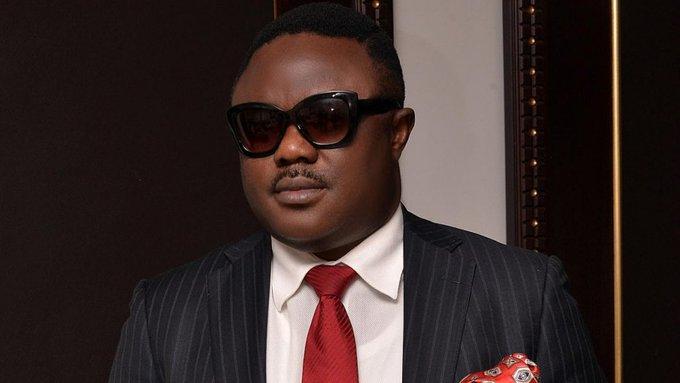 Sometime last week a video emerged on social media showing the governor of Cross River state, Ben Ayade, inaugurating what he calls an anti-tax agency to enforce the tax exemptions already contained in the state’s tax code for the largely poor people of the state struggling to make ends meet. To make the comedy complete, he made the point of shedding some tears to show his utmost concern for the poor people who struggle against all odds, without government help, amenities or even basic infrastructure, to survive but who are still being subjected to taxation. Speaking amidst tears, the governor said:

“I never knew that five years as governor, there would still be people living in thatched houses in Cross River. I almost cried because I knew how prepared I was but it didn’t end the way I dreamt for the state. I wish God would intervene because I really wish I could help. It’s very painful.”

The governor listed the group of people, who should be exempted from payment of tax in the state to include “all Okada riders, taxi drivers, airport taxi drivers, small saloon owners, small catering and restaurant points popularly called mama put. All those people who sell basic things struggling to earn a living, they have been exempted today from paying tax. We have exempted them because it is better for me as governor to rather task my brain, than to tax my people.”

Apparently, many Nigerians were moved by the governor’s tears and his concern for the poor people of his state and have been showering praises on the governor on social media, calling on other governors to emulate him. Aside the tendency among some Nigerians to view the social contract between them and the state only from a rights-based approach – a point I will return to later – it shows a worrying trend by public officials to resort to populism to hide their incompetence and mismanagement while appealing to public sentiments.

Aside the obvious fact that the creation of the anti-tax agency was a useless and wasteful move – creating a whole new agency to enforce a part of the tax code, which is the remit of the state’s Board of Internal Revenue – it is a hypocritical move meant to hoodwink people and win public sympathy for his abysmal failure in governance. For those who may not know, it was about the fourth time the governor was crying publicly since he became governor in 2015, not counting his various crying episodes during the campaigns that helped deceive the people of the state to trust him.  Unknown to those praising the governor, on January 17, 2017, the governor also shed tears as he made the show of announcing the same thing he announced last week – abolition of all forms of taxation for low income earners in the state. Three years down the line, the same people the governor exempted from taxes were still not only being taxed but were being burdened by multiple and illegal taxation from different agents of the government.  According to Agba Jalingo, the recent announcement was a verbatim repetition of the governor’s orders in January 2017 complete with tears. But as usual, many Nigerians cried along with him.

It is a shame that Ben Ayade, who claims to be a Professor of Environmental Microbiology, has turned governance into a farcical show of shame where he equivocates rubbish everyday as government policies and demands absolute and unquestioning obedience from everyone in his state because of his so-called academic credentials

In 2018 the governor also broke down in tears on the occasion of signing his nonsensical N1.3 trillion budget of “Kinetic Crystalisation” into law. The most comical part of the whole show was that Cross River’s entire revenues –both from federal allocation and internal tax revenue for 2018 was a mere N52 billion. Of course, the budget was as useless as it was comical. Not even 10 percent of the budget was implemented.

Sadly, Ayade has turned budget exercises and even governance in his state into a comical show. In 2017, he gave the state a “Budget of Infinite transposition.” Of course, in 2018, it was “Budget of Kinetic Crystalisation.”   In 20019, it was a N1.043 trillion “Budget of Qabalistic Densification.” Still in 2020, it is another N1.143 trillion “Budget of Olimpotic Meristemasis” which, according to the governor, was to “shift Cross River from the third world to the first world.” As usual, the state House of Assembly, like all others in Nigeria, except Lagos where the governor has no control of the state assembly, are in the pockets of the governor and would indulge the governor’s wishes no matter how outlandish.

For a state where the net federal allocation has not exceeded 50 billion in years and where the annual internally generated revenue is less than N20 billion, it is clear the governor’s grammatically bombastic budgets are not worth even the papers on which they were written. No wonder the government has never released the details of the budget to the public till date.

But I digress. In August 2016 and again in March 2017, the governor shed tears to show solidarity with the displaced people of Bakassi and promised to do everything to ensure that they are resettled. Till date, nothing has been done to resettle the people. It was all a show.

It is a shame that Ben Ayade, who claims to be a Professor of Environmental Microbiology, has turned governance into a farcical show of shame where he equivocates rubbish everyday as government policies and demands absolute and unquestioning obedience from everyone in his state because of his so-called academic credentials. He is particularly noted for his intolerance of criticisms and abhorrence of accountability.

Now, to the question of the social contract. Like I have argued on previous occasions, Nigerians seem to have a rights-based approach to the social contract – one that sees itself more as receiving from, and not giving to the public domain.  Ken Amaeshi, Adi Bongo and Godson Ikiebey and Neil McCulloh demonstrated in a recent study about corporate tax responsibility in Africa show, even a significant proportion of business entities would like to premise their payment of tax on the government’s ability to fulfil its own part of the social contract. Perhaps that is why most Nigerians on social media were swayed by the governor’s theatrical performance.

But Nigerians need to understand the interplay of rights in a typical social contract. The social contract typically confers rights and privileges on each party – the government and the governed and there are implicit consequences for the abdication of those duties. A government that abdicates its duties risks losing support and ultimately removal. For a people that abdicate their duties, it risks having a government that will not be accountable to them in any way. The situation in Nigeria was that since the discovery of oil, the military regimes have championed a gradual disintegration of the taxation system in place in Nigeria. It was not coincidental. It was done to remove the last vestiges of accountability in the system. Consequently, Nigerians too, who were too happy to be relieved of their tax duties, lost the rights to fully demand accountability from their government.

So, payment of tax is not so much a burden as a right to participate fully in the social life of the state and to demand the full rights due them. And the sooner we begin to view the social contract in that light, the better for us, because it is only then we will begin to take back our country and insist it be governed according to the agreed set of principles of good governance and equality of all.