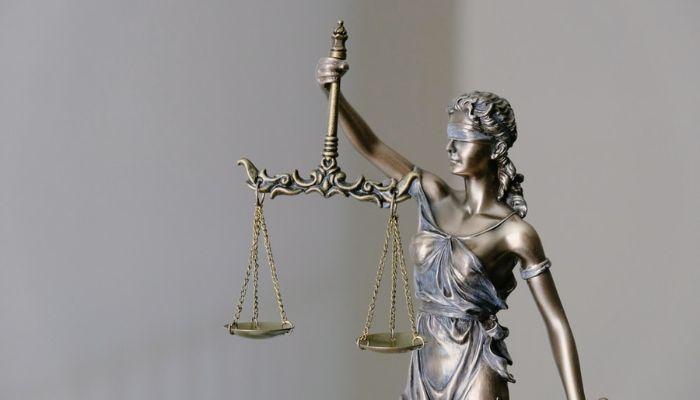 In Leo Tolstoy’s War and Peace, Pierre notices that “the eyes of all in the room turned to him with something more than curiosity and sympathy. He noticed that they whispered to one another, casting significant looks at him with a kind of awe and even servility. A deference such as never before received was shown him.” He will soon know why.

Lagos is the city of the transactional relationship. If you have money, influence or power in Lagos, you have no friends. Many so privileged make the error of thinking otherwise. They learn the hard way. The phone stops ringing even before the ink dries on the announcement of their change in status. It needn’t be a fall from grace. A former big man is just that: a former thing. As Pierre will become Count Bezukhov, a grand man, he was being blessed with the experience many learn ever so late, but in reverse.

I do not know many places like Lagos, where once you are allied with the self-appointed cultural guardians of the city, you could quite literally get away with myriad nuisances. It does not matter whether you keep to yourself and mind your own business, as I do. That by itself is an irritation to these miscreants. The law is slow, the police is overwhelmed, and the military is stretched thin. It is actually quite mild in southern Nigeria, when you compare with the increasing statelessness of northern Nigeria at the moment.

But it started with simple incidents and provocations with impunity over there too. In frustration, one northern state governor recently asked residents of his beleaguered state to arm themselves. One of his counterparts in southern Nigeria, who is still grappling with the aftermath of a recent shooting at a church service in his state that killed about 40 people, believes this to be justifiable. There would be no need for such drastic measures if little disturbances and small crimes are not tolerated in the first place.

The law is slow, the police is overwhelmed, and the military is stretched thin. It is actually quite mild in southern Nigeria, when you compare with the increasing statelessness of northern Nigeria at the moment

A car is parked in front of my residence overnight. It is a deliberate provocation. I am sure of it because there have been at least three such incidents in the past. I do not know whose car it is. But I am determined to find out. I take out my camp chair, my laptop as well. I might as well enjoy the lawn I tend to so regularly for once. I had hoped for a quick inspection of the grounds on the other side of the fence. For, on that fateful morning, I was pressed for time.

The chief justice resigned abruptly the day before. Mr Shugaban Masushariya had been facing an insurrection of sorts from his fellow justices over corruption and inadequate welfare. So a report was due. Who would park their car indiscriminately as such though, Eleyi wondered? Did it not bother the culprit that the car might be vandalised, stolen even? With the car as a view, I set out to complete my draft.

No one comes to pick the car. I call Estate security. No answer. This is not unusual. The phones have to be charged. Generators do not run themselves. Most annoyingly, it is always those who look successful that fail to pay their estate dues on time, if at all. Some have to be literally ambushed and shamed at the estate gates in their Range Rovers, Land Cruisers and Camrys before they pay what they owe. It is a typical Nigerian irony. The same people regularly give money as tips to the security staff and others but won’t fulfill the basic responsibility of paying their dues. I have finished my draft.

To pass the time, I walk up and down the street. On one of the rounds, with my back to the said car, the culprit stealthily embarks and turns on the engine. I turn around on hearing it. The car has tinted windows. The culprit will not let down the window for my reproach.

Earlier, I noticed that the sticker of the Nigerian Bar Association (NBA) was on the windscreen. A lawyer? A sworn officer of the courts will do this? Are we that lawless now? So I send the car’s particulars to the NBA Twitter handle through a direct message. And as I do on each occasion, I send an email to the estate association with the photographic evidence of this recent nuisance incident.

It soon becomes clear that Mr. Arufin lives two houses from my residence. Each house is fenced with parking space for at least two cars. And his is one of the better looking ones. What possesses someone towards such a needless provocation? I won’t wait long for answers. If a son wants to know who killed his father, he should take note of the early sympathisers.

Sure enough, Arugboya was the first to come out of her gate. She had created a crisis for which she wanted to be seen as solving. I recall later that she would sometimes park her car in front of Arufin’s residence. It makes sense now. Arugboya was in cahoots with Arufin. But why would a lawyer act so carelessly? In fact, a Nigerian lawyer could be sanctioned for acts as mundane as drinking water from a bottle instead of a cup at a formal gathering, I am told. Such is the rigour of their training.

Are these the ones they mint these days? A weak legal system and long lead times to prosecute cases in courts ordinarily encourage such nuisance behaviour owing to the consequent impunity. Still, lawyers, and indeed members of the other original professions, have more to worry about than just the law. They have reputations to guard. They have clients who take them into confidence. Their conduct must be beyond reproach. You have to be certain that you’d get away with such an overt misdeed to behave so.