Are we hoping to be saved by higher oil prices? 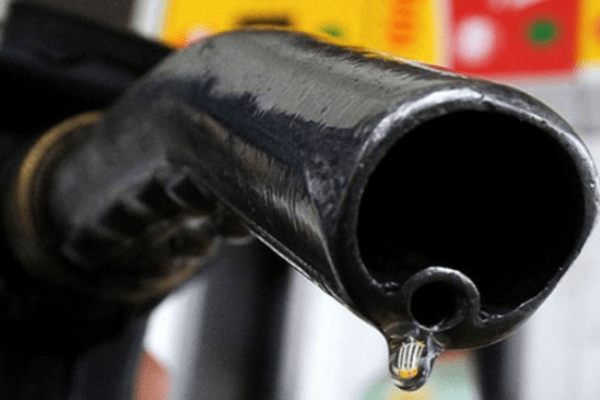 I should start off by saying that most people do not want war. War can be very destructive with every life lost a real waste. And then there is the disruption in the lives of people who survive. The trauma. The destruction of property. If you add the fact that nowadays no one really fully wins a war and fighting tends to go on indefinitely then no one should want war. Still, there were some in Nigeria who seemed a bit upbeat over the prospects of a war between the United States and Iran. Upbeat because of the effect it would have on oil prices. During the whole brouhaha, oil prices jumped from $63 a barrel to above $70. Cue statements of “This is good for Nigeria”. To be clear I am not talking about anyone in particular and I am definitely not talking about any policymakers.

Most people think that higher oil prices are good for Nigeria. To be fair this is not a surprising assumption. Crude oil is still our largest export despite the anomaly in the last trade report. Higher prices, therefore, mean more foreign exchange inflows. And boy do we need inflows. Our foreign reserves have been in something close to free fall for the past six months. It is somewhere near $38 billion now and that is before you remove the near $18 billion of foreign hot money in OMO instruments. Government revenue has been in a state of flux too with the budget expecting revenue to double in 2020 to somewhere near eight trillion from the four trillion it looks like it was in 2019. Given these realities, anyone can be forgiven for thinking that higher oil prices would be good for Nigeria.

But is it really that straightforward? First, we know the story of the commodity boom and bust cycle. Oil prices go high and then they collapse. We get an oil windfall and assume that the boom years will last forever and then things go bust and we find ourselves at square one. We have tried to put systems in place to deal with these booms bust cycles but so far, we have not been very good at it. The excess crude account which used to be the mechanism for the government saving of oil windfalls looks dead in the water.

The sovereign wealth fund is marginally better but nowhere near where it should be if we were actually following the fiscal rule. For context, since about 2017 the actual oil price has actually been higher than the budget benchmark, but the total of the excess crude account and the sovereign wealth fund have not budged. The culprit is our over-optimism. We assume that oil production will be 2.3 million barrels a day when it has not been that high since who knows. We assume that non-oil revenue and independent revenue will grow tremendously when they never do. The result is that any extra “windfall” is simply used to fill up the optimism gap and consumed. The same is true for monetary policy. We will simply use the windfall to maintain our “strong currency” and that will be that.

The second reason to not be so thrilled about crude oil price increases is the fuel subsidy. Sorry, there is no subsidy but only under-recovery. If crude oil prices go up then the real price of refined products go up as well. But we do not have flexible prices here in spite of the former minister’s famous price modulating mechanism. Which means as crude prices go up the implied fuel subsidy goes up and that cost gets passed on to all three tiers of government. Don’t loud it but the governments probably spend more money on fuel subsidy than on education and health combined. Luckily, we have not yet reached the point where the subsidy payments are more than the inflows from an increase in prices. But we are heading there inevitably.

Since the 1980s we have produced around two million barrels of oil per day. We go up and down sometimes. Since the 1980s however, our population has almost tripled and our economy grown even larger. And all those people consume fuel. If the trends continue then we will inevitably become a net oil importer. And then high oil prices will be a bad thing.

The moral of this story is, we probably should not be wishing for these crude oil booms. If anything, we should be wishing for stability in the oil market so we can continue our attempts to diversify our exports away from crude oil.

Legal issues in petrol price deregulation: Why Kyari is wrong

COVID-19 and the future of work

Racism on the rise

Legal issues in petrol price deregulation: Why Kyari is…

COVID-19 and the future of work