An empty seat for Koleade Adeniji Abayomi, SAN; OON – a gifted orator with a sense of humour 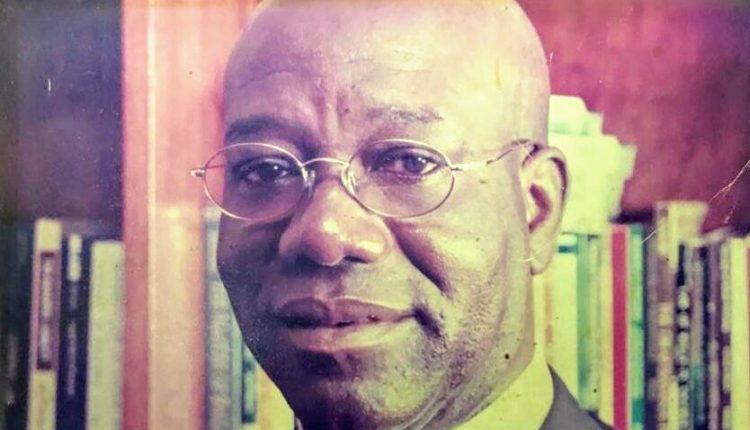 This is an excellent opportunity to put to test the thesis of Edward De Bono, a Professor at Cambridge University, the visionary who conceived the principle of “Lateral Thinking” (as opposed to Linear Thinking) – in dealing with challenging situations and making the right choices. You have to think outside the box. In addition to his numerous talents and sterling endowments, Kole was also a gifted orator.

At the lecture he delivered on: “Federalism: Myth or Reality – The Nigerian Experience” at the Yoruba Tennis Club, Onikan, Lagos. He spoke for one and a half hours ex tempore without once referring to any notes or Teleprompter. He held the very distinguished audience spellbound.

He did the same thing when he delivered the “The Law May Not Always Be Justice” Lecture at the Law School. In spite of the advanced age of quite a number of legal luminaries in the audience, nobody dozed off.

At the public lecture Abayomi delivered at the Law School on “Succession” he was simply phenomenal. He waxed lyrical. It was a feast fit for scholars. Much of his presentation was on “Adebajo versus Adebajo” He then delved into KPMG /Arthur Andersen/Akintola Williams versus Bashorun J. K. Randle. The climax was Trustees of Musical Society of Nigeria (MUSON) versus Bashorun J. K. Randle!!

At the valedictory dinner in honour of Justice (of the Supreme Court) Anthony Anagolu at the Law School, it was very gracious of Abayomi (chief host and Director-General of the Law School) to insist that I as the President of The Institute Of Chartered Accountants Of Nigeria (ICAN) should sit at the top table right next to the erudite judge and his wife. Before the evening was over, Anagolu whispered to me that as a mother of 10 children she belonged to a special class in her village/town in the East who were entitled to wear elephant tusks around their legs as confirmation of their superlative achievement in making babies!!

To the best of my knowledge, nobody has replicated his genuine concern about the wellbeing of the under-privileged, the down trodden, the oppressed and the under-class. On the contrary, what we are contending with are animosity, hostility, vindictiveness, mendacity and treachery as the reward for sacrifice and benevolence

Shortly after the dinner, Kole accosted me at The Metropolitan Club and confided in me his frustration and anguish over the obduracy of the government regarding land belonging to his family (Taiwo Olowo) at Broad Street/ Tinubu Square, Lagos which had been compulsorily acquired by the government for the construction of The Central Bank Of Nigeria and The Ministry Of Finance.

According to the outcome of his research, the government had similarly compulsorily acquired “The Love Garden ” which belonged to J. K. Randle – ostensibly for public purpose only to hand it over to the Musical Society of Nigeria (MUSON) a private entity. Hence, the legal and moral position had converged to establish that where property compulsorily acquired by government (or bequeathed to government) is no longer being used for public (or the intended) purpose, it should revert to the estate / family of the original owner. Therefore, having regard to the 1978 Land Use Act, and the demolition of both Chief J.K. Randle Memorial Hall and Dr J. K Randle Swimming Pool by the government, the invader/trespasser and its bulldozers and caterpillars are clearly on the wrong side of morality, justice and the law.

Another matter that intrigued Kole Abayomi was why The Ministry of Justice and The Administrator-General (Public Trustee) of Lagos State would not transparently and diligently account for the disbursement of huge donations of N100 million each from the Estate of late Chief J. K. Randle (my father) who was a Christian to two Moslem schools: Ahmadiyya College, Agege and Ansar-ud-Deen College, Isolo as well as two Christian schools: C. M.S. Grammar School and Holy Cross School, Lagos for the development of sports and education.

Even more baffling is that none of the beneficiaries has ever disclosed what amounts were actually handed over to them or what they did with the funds. Amazing. My Dad’s expectation was that by following in the footsteps of his father, Dr. J.K. Randle, his noble gesture would create goodwill especially as those who would rule Nigeria in the future (after his death at the age of 47 on 17th December 1956) would come from diverse backgrounds without necessarily being familiar with power and wealth or subscribing to the ideal that along with privilege comes huge responsibilities – generosity, empathy, compassion, justice and integrity. Chief J.K. Randle really believed that many others would emulate his noble gesture.

To the best of my knowledge, nobody has replicated his genuine concern about the wellbeing of the under-privileged, the down trodden, the oppressed and the under-class. On the contrary, what we are contending with are animosity, hostility, vindictiveness, mendacity and treachery as the reward for sacrifice and benevolence. What a raw deal. I must also place on record my eternal gratitude to Kole for his unflinching support during my campaign to be elected as the President of St. Gregory’s College Old Boys’ Association Worldwide. It was his considered opinion that it is precisely that delicate freedom of association and unabridged rights as well as Doctrine of Necessity that are prescribed and protected in the 1979 Constitution!!

Kole also had a great sense of humour. One of his favourite stories was about the occasion when Her Majesty Queen Elizabeth II of England invited members of her Privy Council (the highest honour in the realm) for a meeting at Buckingham Palace, London. Kole’s father Kofo Abayomi being a member of the Council duly attended.

Ahead of the meeting, high tea was being served when one of the Queen’s most senior advisers announced that Her Majesty would join them in fifteen minutes (exactly at the appointed hour). However, protocol required that all the Privy Councillors should rise to their feet as the Queen made her entrance. Kole’s father beckoned to the Queen’s adviser and let him know that it was an abomination for an African chief of the status of Babasale of Lagos to rise from his seat to greet a younger lady regardless of her status. The penalty would be the demise of the young lady within seven days!! This alarming message was duly discreetly conveyed to the Queen. To the utter astonishment (and bafflement) of all, when Her Majesty the Queen was ushered in, she went directly to where Kofo Abayomi was seated and insisted that he must remain on his seat!!

Kole was not extravagant. However, he was not averse to the occasional grand gesture as he demonstrated when he sponsored a trip by late Oba Adeyinka Oyekan, the Kabiyesi of Lagos along with his wives and some of his White Cap Chiefs to Paris and London. He was the perfect host and he took care of all their expenses. In similar fashion, he took his entire family on an unforgettable trip to Dubai going by the following snippet from ” The Punch” newspaper of 1st July 2017:

“I am 77 years old now, so I have toned down in most of these things. Most times I just swim in my pool at home. I have eleven grandchildren. When I was 75 years old, I took all my children, their spouses and my grandchildren to Dubai for two weeks, that is about 23 of us and that is the sort of thing that I like. I have a picture in my house that shows the 23 of us, there is nothing more memorable than that.”

Some simple lessons amid the expert opinions