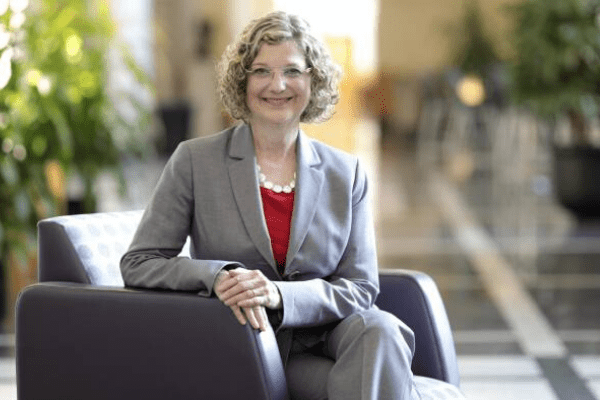 When Idalene Kesner became the permanent dean of Indiana University’s Kelley School of Business in 2013, she found a note that her predecessor, Dan Smith, left in his former desk.

It cited a popular version of a quote that originated with Hunter S Thompson: “Life’s journey is not to arrive at the grave safely in a well-preserved body, but rather to skid in sideways, totally worn out, shouting ‘holy shit, what a ride’.”

The note reminded Prof Kesner to enjoy the increasingly tough job of running a business school.

The difficulty has created problems that can sometimes amount to a leadership vacuum.

Statistics from a leading professional organisation in the sector, the Association to Advance Collegiate Schools of Business (AACSB), show that in 2018 there were 85 openings for business deans advertised through its job board, up on the 70 vacancies posted the previous year.

Wharton School at the University of Pennsylvania and London’s Cass Business School are two examples of schools that are searching for replacements for interim or outgoing leaders. Prof Kesner blames the high turnover of deans on financial pressures to fill the gaps in financing with philanthropic gifts from big donors.

This is especially true at public institutions in the US, where states slashed higher education funding after the financial crisis, and it has not recovered.

Many business schools of all types have received substantial donations from wealthy benefactors in recent years, such as the $150m gift in 2017 to Cornell University’s College of Business by H Fisk Johnson.

The school was then renamed the SC Johnson College of Business after the family-owned household goods business.

Business schools’ financial contribution to their affiliated university has soared, according to Prof Kesner.

“Business schools are cash cows,” she says. Matthew Myers, dean of the Cox School of Business at Southern Methodist University in Dallas, says: “[Fundraising] is a more important portion of the role than ever before, because financial models are so stressed.”

This increased managerial responsibility deters professors from becoming deans, as the job leaves little time for research, says Marion Debruyne, Dean of Vlerick Business School in Belgium: “Research-driven faculty are genuinely passionate about what they do.”

Many deans do stay on as professors after stepping down, in order to focus on research and teaching. Edward Snyder is a professor of economics and management at Yale School of Management.

Alongside that job, he served as dean of the school from 2011 to July 2019. Prof Snyder is developing a course on the technology industry, which he describes as “a really cool job”.

Being a dean, on the other hand, was “a three-ring circus”, he says.

“Who wants to do it?” Prof Snyder says that schools need strong and stable leadership to steer them through the current age of upheaval, launching niche degrees and online programmes to counter a drop in demand for full-time MBA courses.

“Full-time MBAS are marching towards the edge of a cliff,” he says.

But such candidates are scarce and “we can’t bioengineer the perfect dean”.

One solution has been to cast the recruitment net more widely, beyond academia to the corporate world. Scott Beardsley, dean since 2015 at Virginia’s Darden School of Business, joined after a 26year career at Mckinsey, the consultancy.

Thomas Robinson, president and chief executive of AACSB, says that deans who are former executives can make the syllabus more relevant to business needs.

They often have a large network of potential donors. But Prof Kesner at the Kelley

School says executives without research experience may struggle to effectively lead a business school’s research agenda, which contributes to schools’ positions in rankings and its overall reputation.

Geoffrey Garrett, outgoing dean of the Wharton school, who will join the Marshall School of Business at the University of Southern California in 2020, says succession planning in business schools has often been lacking and the main career development option for aspiring deans is to attend conferences: AACSB, for example, runs a seminar offering advice from experienced deans on how to get a job and make a successful start.

“There’s a big jump from being a senior professor to being a dean,” Prof Garrett says.

“You’re running, often, a nine-digit budget and managing a variety of stakeholders.” There is at least one upside to the dearth of deans: it is an opportunity to bring more diversity to business schools.

Just a quarter of the deans at 475 schools between September and December 2018 were women.

This is a problem because female leadership is important in attracting talented women as students, says Ann Harrison, only the second woman to lead the Haas school in 121 years.

Prof Harrison says that the lack of female deans reflects the small proportion of female faculty in administrative jobs that can prepare them for deanship; a lack of women deans to aspire to emulate, and the difficulty of finding flexible work schedules and affordable childcare in the US.

She says she “could not have considered” applying for the dean job when her children, now at university, were younger. But the future is looking brighter.

Several newly appointed deans are women, including Lisa Ordóñez at UC San Diego’s Rady School of Management, who took up her position in September, and Francesca Cornelli at the Kellogg School of Management at Northwestern University, who in turn took over from Sally Blount, dean from 2010-2018.

And business schools know that diverse leadership is associated with improved financial performance and innovation — a subject they have often taught in their classrooms.