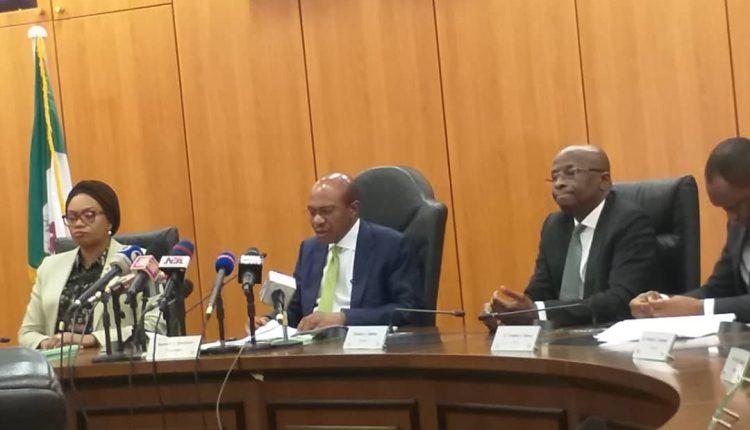 The continued depreciation of the naira and rising inflation despite interest rate hikes are top concerns of analysts ahead of the meeting of the Monetary Policy Committee (MPC) on Monday and Tuesday.

The Central Bank of Nigeria has raised its Monetary Policy Rate (MPR), the benchmark interest rate, three times this year, but the inflation rate has remained unabated, rising to 21.09 percent in October.

The naira has continued to depreciate against the dollar at the parallel and official markets following the persistent shortage of the greenback, occasioned by declining inflows, high import demand, oil theft and petrol subsidy, among others.

The local currency weakened to as low as N890 per dollar at the unofficial market and N446/1$ at the official market, known as the Investors and Exporters (I&E) forex window.

On September 27, the MPC, chaired by the CBN governor, Godwin Emefiele, raised the policy rate for the third straight time by 150 basis points to 15.5 percent. It increased the rate in May to 13 percent from 11.5 percent, and then to 14 percent in July.

The CBN has issued a notice of the 288th meeting of the MPC scheduled to hold in Abuja. The majority of the analysts and economists polled by BusinessDay expect no change but to watch the impact of the already tightened policy stance.

“We expect the CBN to maintain the status quo, given the adjustments made at the last meeting. There is a need to allow time to assess the impact of the last adjustments and also no major changes in the major economic variables, save for the exchange rate, to necessitate any further adjustment,” Ayodeji Ebo, managing director/chief business officer at Optimus by Afrinvest, said.

“The Monetary Policy Committee, as usual, will consider both domestic and external factors fuelling inflation in making a decision on policy rates,” said Taiwo Oyedele, head of tax and corporate advisory services at PwC.

He said given the 400 basis points increase in MPR and the upward adjustment to cash reserve ratio in recent months, one would expect the MPC to hold rates at their next meeting notwithstanding the sustained increase in inflation.

“A further monetary tightening may not achieve the desired impact on inflation as the major causative factors are exchange rate pass-through, high food inflation and energy prices,” Oyedele said.

However, Charlie Robertson, global chief economist at Renaissance Capital, said with inflation over 20 percent, the CBN would presumably hike rates.

He said the difference between one-year borrowing costs and current inflation is more than -7 percent – which is double the level of the US where Fed hikes have helped reduce negative real interest rates to less than -4 percent.

“You still lose money as a US investor in dollars, but less than a Nigerian investor in naira. The CBN needs to close that gap,” he said.