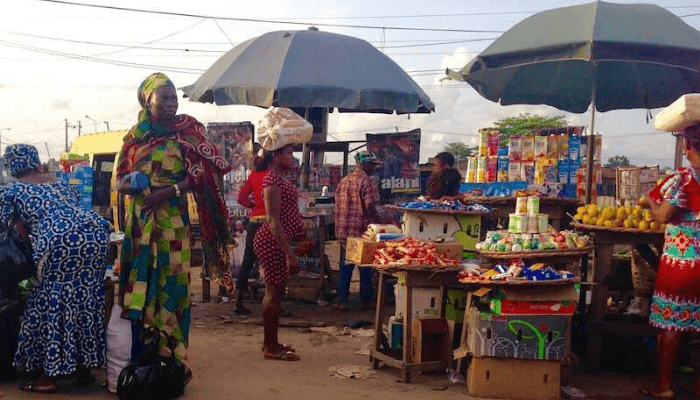 Productivity in the sector fell by 2.82 percent in the first quarter of 2020, the worst performance in three years, according to a recently released report by the National Bureau of Statistics (NBS). Trade ended the previous year in recession, having contracted 0.63 percent and 0.38 percent in 2018 and 2019 respectively.

“The sector’s underwhelming performance could be attributed to significant disruption in global supply value chain which led to sudden halt in trade,” said Damilola Adewale, a Lagos-based research economist. 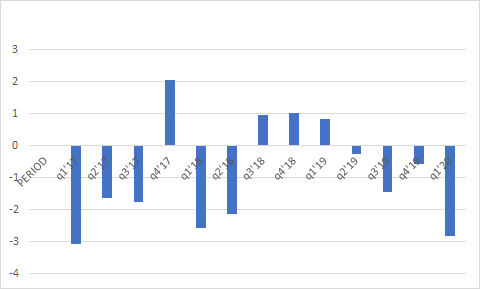 The sector, which comprises of wholesale and retail trade been on a negative territory but on a marginal level over myriad challenges ranging from unpredictable government policies to weak consumer demand.

“Most of our trading partners were on lockdown in the first quarter of the year so it affected movement of goods in and out of the country. So, it was just normal to see that the significant contraction there,” Ayorinde Akinloye, a consumer analyst at CSL Stockbrokers said.

China, Nigeria’s top trading partner shut down its economy in the previous quarter following a surge in the pace of confirmed cases of the virus, leading to prolonged Lunar New Year Holiday as authorities strived to slow the spread. The impact of the action was profound on the economy as its GDP contracted by a whopping 6.8 percent three months through March.

Analysts say the short term outlook for trade is bleak amid global and domestic economic uncertainties occasioned by the pandemic.

“The impact of global supply disruption would be more profound on trade in coming quarters,” Adewale said, positing that the upward review of exchange rate for Customs duty and the continued border protection policy stance of the Federal Government will push performance downwards.

According to him, it is most likely for trade to maintain negative growth trajectory till year end.

The general economy of Nigeria slowed to its lowest level in more than a year of 1.87 percent in the first quarter of 2020 compared with growth of 2.55 percent in the previous quarter, a development that means negative per capita GDP- which implies that Nigerians are growing poorer as the impact of the coronavirus pandemic took a toll on both oil and the non-oil sectors of the economy.

The slower growth in the economy was reported in both the oil and the non-oil sector, as both sectors eased from 6.36 percent and 2.26 percent, in the previous quarter, from to a growth of 5.06 percent and 1.55 percent respectively, in Q1 2020, the Abuja-based NBS said on its website.