Stocks shed N869bn in one week on interest rate hike 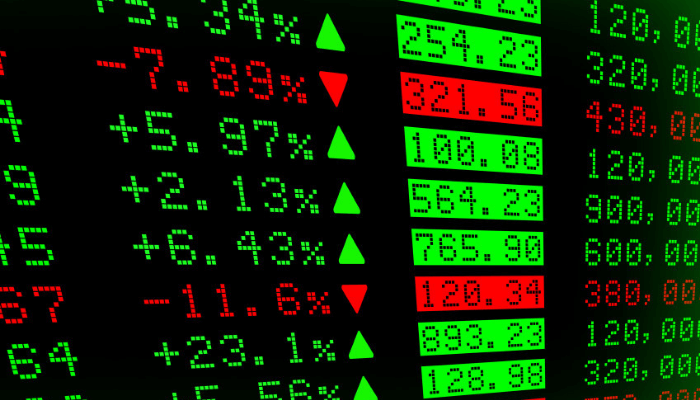 The total market value of Nigerian stocks fell by about N869 billion last week as investors continued to sell off their equity exposures while shifting to higher-yielding risk-free assets.

The stock market ended July with a decline of 2.79 percent. The southward move on the bourse became pronounced in the trading week ended July 29 despite the release of impressive half-year 2022 earnings reports of some listed companies.

The market’s record loss resulted from four consecutive days of negative closes as against one day of positive as stock investors face the lingering consequences of recent rate hikes.

Markets watchers see some stocks fall below their year-open prices as bearish sentiments continue to weigh on the market. The market’s positive return year-to-date closed the week lower at 17.92percent.

“We favour stocks with sound fundamentals (that is Buy recommendation within our rating system), proven track record of resilience in pre-election years, positive exposure to interest rates (for banks), low leverage (for non-banks), positive exposure to commodities, and decent dividend yield (that is above 1-year T-bill rate),” said CardinalStone research analysts in their 2022 mid-year outlook, titled ‘Same Challenges; New Shocks’.

The Nigerian Exchange Limited (NGX) All-Share Index and market capitalisation, which opened the week under review at 51,979.92 points and N28.031 trillion respectively, decreased to 50,370.25 points and N27.162 trillion at the close of trading on Friday.

Evidently affected in the record selloff are insurance and consumer goods stocks. The NGX Insurance Index saw the biggest drop of 4.96 percent, followed by the NGX Consumer Goods Index, which decreased by 4.64 percent week-on-week. The NGX Oil and Gas Index was down 0.95 percent, the NGX Banking Index (-0.43 percent), and NGX Industrial Index (-0.22 percent).

CardinalStone research analysts had before the market rout advocated an extension of short duration strategy across fixed income securities in line with the almost ubiquitous monetary policy tightening.

They also saw opportunities for tactical play by investors ahead of the release of half-year 2022 earnings, particularly in commodity and dividend-paying stocks.

Based on their expectation for an uptrend in fixed income yields in the second half of 2022, the analysts had also envisaged a significant pick-up in banks’ net interest income, adding that their positive earnings expectation is premised on the central bank’s switch to relatively hawkish stance.

On how investors should position following the rate hike, analysts at Anchoria Asset Management said: “The hike in MPR implies that the rates on interest-bearing instruments like bank placements, commercial papers, and long-term government securities should trend higher. This sets the stage for a higher return on money market and fixed income mutual funds, which have significant allocations to these instruments.

“Banks are expected to reap the benefits of a higher rate as interest income, which is the major revenue driver for banks would be boosted by the increased yield on fixed income instruments and higher interest rates on loans.”

According to them, the rate hike is not expected to moderate inflationary pressures, which are largely affected by supply-side constraints as well as some structural deficiencies.

“These factors include weak infrastructure, FX illiquidity, ongoing insecurity and banditry attacks in food-producing states, and higher prices of petroleum products like PMS and Diesel,” the analysts said in their post-MPC note to investors.

While the most recent hike in Nigeria’s benchmark interest rate is in line with the central bank’s hawkish policy stance to combat inflation and increase the attractiveness of local securities, it is dampening stock investors’ appetite as they search for higher yields increased.

“Looking ahead, we expect the continued hawkish tone to cause significant disruptions across all asset classes. We foresee a surge in the money market and bond yields as more investors demand higher returns on fixed-income instruments,” Lagos-based United Capital research analysts said in their post-MPC insight.

They added: “For equities, we also expect an adverse reaction in the equities market, as investors sell off equity exposures, shifting to higher-yielding risk-free assets. However, investors would continue cherry-picking companies with solid H1-2022 earnings performance.

“For the next MPC meeting in September, we expect the MPC decision will largely fall on the stance taken by more advanced central banks in their aggressive rate cycle. Domestic inflation estimates will also be a significant consideration at the September MPC meeting.”